BUCKIE THISTLE manager Graeme Stewart insists John McLeod is the best finisher he has ever seen at Highland League level and has backed the goal-machine to handle the step up in class against Dunfermline.

McLeod, 27, is the most prolific marksman in the country, having found the net 32 times before the calendar hits December.

He bagged five goals against Gretna 2008 in the previous round to tee up a mouth-watering clash against the Pars at Victoria Park today. 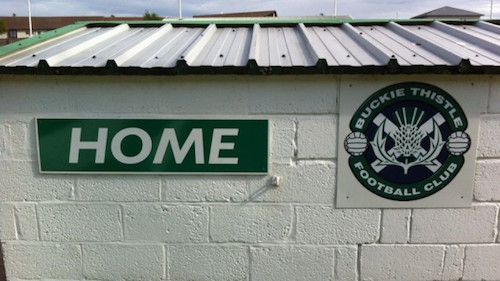 And while Stewart readily admits that McLeod does not look like a deadly finisher, he is adamant there is no-one better in the final third at Buckie’s level.

He said: “I think he will handle the step up just fine, John is a natural finisher, an instinctive goal-scorer.

“He’s one of these strange players – he doesn’t actually look like a footballer. When I first watched him in training, I was thinking ‘he runs a bit differently’. He has a strange gait.

“But, honestly, he can put the ball in the net from anywhere, he is the best finisher I have ever seen at Highland League level.

“It’s a shame that, at the age of 27, he is only just starting to get the credit he deserves. He doesn’t drink, he works hard and is really dedicated to his football.

“I am really looking forward to seeing him step up against a better quality of opposition.”