GARY NAYSMITH has been announced as the new Queen of the South manager, ensuring he will not be in the running to be the next Hearts boss.

Naysmith, 38, was named East Fife player manager midway through the 2013/14 campaign and could not stop the Bayview club from slipping to relegation to League Two.

However, he guided the Methil men to the title last term – his first silverware as a manager – and is currently sitting in ninth spot in League One. 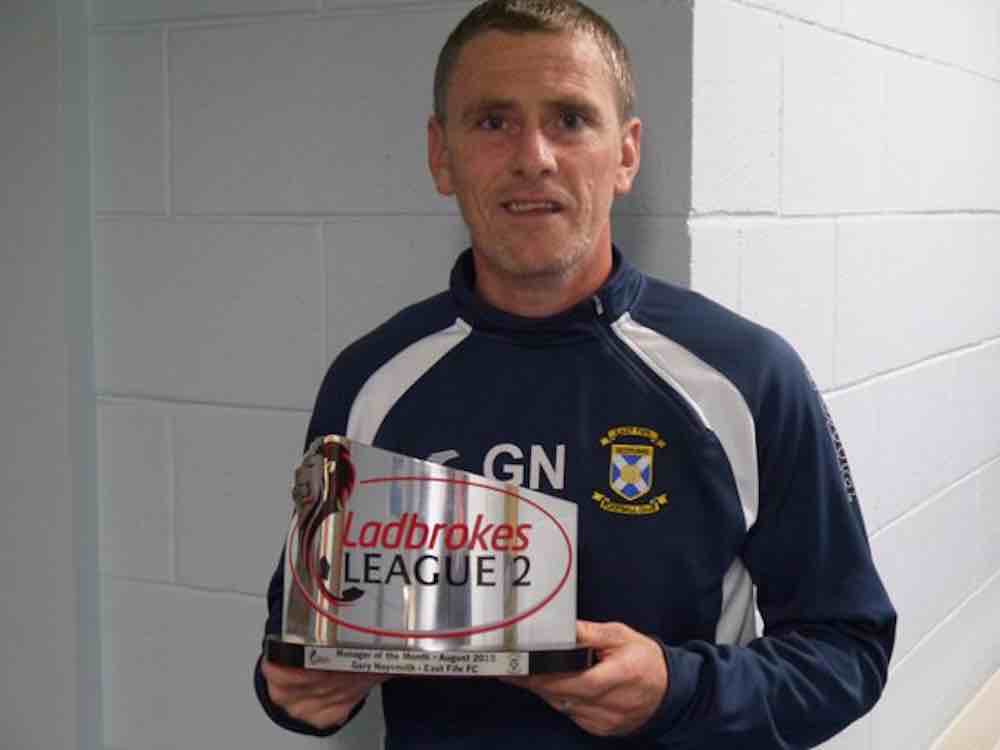 The former Scotland left-back has attracted interest from Raith Rovers in the past, narrowly losing out to Ray McKinnon for the top job at Stark’s Park, and was second-favourite for the soon-to-be-vacant Hearts role.

However, it is Queens who have swooped, snapping up the promising gaffer to replace Gavin Skelton. Naysmith will be joined in Dumfries by trusted assistant Dougie Anderson.

Naysmith will take charge of East Fife for the final time in their Scottish Cup third round replay against Edinburgh City next Wednesday before taking the reins at Palmerston Park on December 8.