ALDI have taken the prosecco craze a step further – by introducing tea bags infused with the sparkling Italian wine.

The £1.89 box, which contains 15 individually-wrapped tea bags, was launched yesterday as part of the budget supermarket’s Christmas range.

And in just 24 hours the “elegant” tea bags have sold out online after being snapped up by prosecco fanatics.

The product is described on the box as “Italian Prosecco Infusion. A vibrant festive taste with an invigorating Italian prosecco profile”. 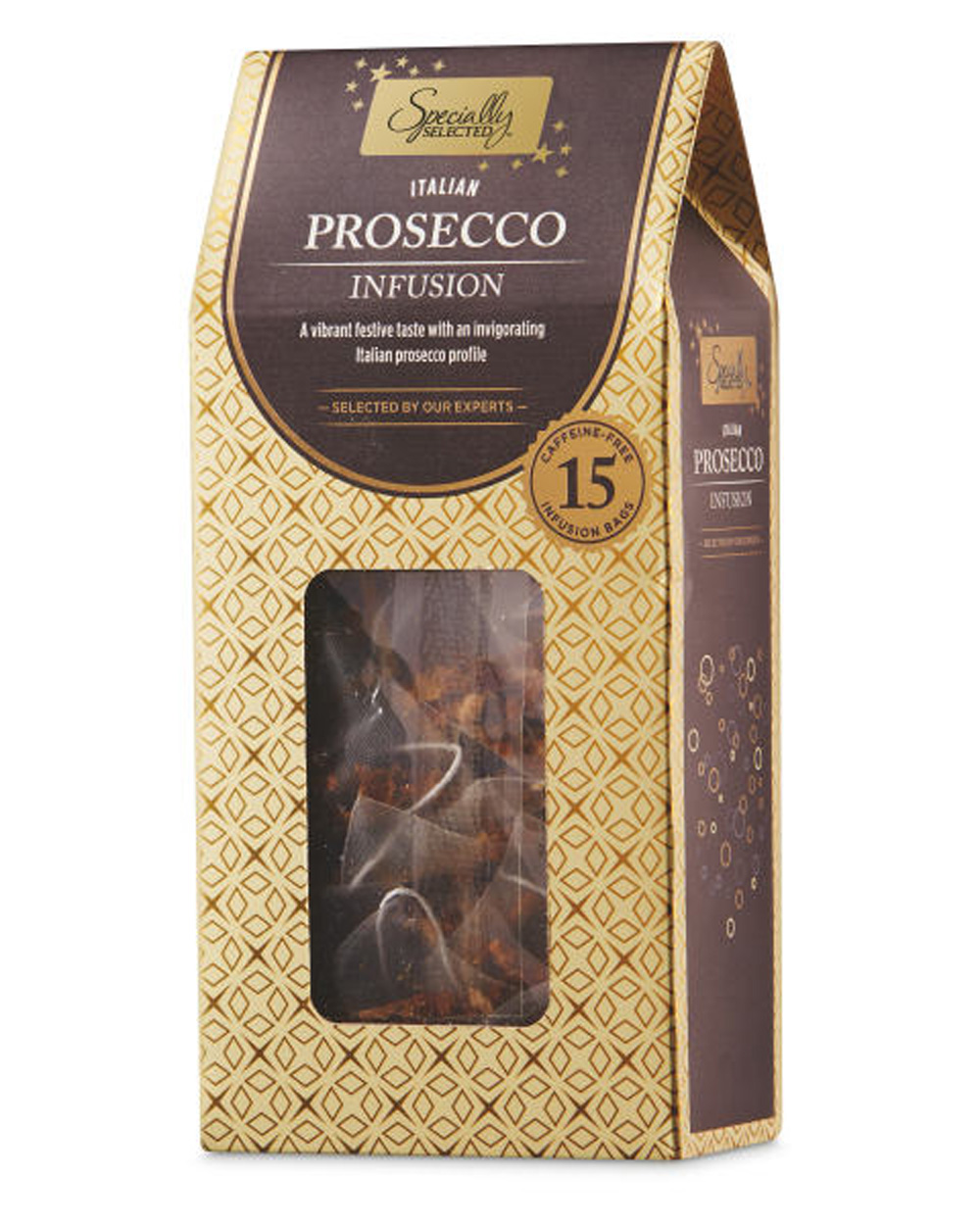 And if that’s not enough, Aldi have also introduced Mulled Wine-infused tea described on their website as: “A sweet warming taste with a winter mix of seasonal fruits and spices.”

Last month it was revealed that consumption of prosecco in Britain had risen 48 per cent between 2014 and last year.

Ecstatic fans of the sparkling white wine took to Facebook to share their excitement over the new product.

Jillian Webster wrote: “Oooh. I wouldn’t have to have that eternal struggle of if I had to give up tea or prosecco which would it be?? Lol.Get in my trolley.”

Esther Ajibodun said: “When you can be classy while drinking tea.”

Katie Wilcock wrote: “We bloody need these for the office.”

And Sophie Tweddle said: “I need these in my stocking.”

Aldi today confirmed the teabags were non-alcoholic and available in stores across the UK.

An Aldi customer service representative said: “Oh my goodness, that’s brilliant. I hadn’t heard we were doing these.

“I suggest getting to the store really quick as this type of thing will go really fast.”

Last month a documentary claimed Italian wine growers were putting lives at risk by overusing chemical sprays while being under pressure to produce ever greater quantities of prosecco for the booming British market.

The average price of a bottle of P-prosecco in supermarkets is between £5 to £10.