STRESSED-out students at one of Scotland’s top universities are getting bouncy castles, knitting classes and David Attenborough recordings to help combat frazzled nerves.

Glasgow University Students’ Representative Council is in the middle of three weeks of pampering because so many undergraduates struggle with anxiety over end-of-year exams.

Last year it was revealed counselling services at UK universities were facing a rise in demand of around 10% from students struggling to cope with life on campus.

Glasgow University has already tried “therapy dogs” to help make students feel calm in the warm up to December’s revision and exam period. 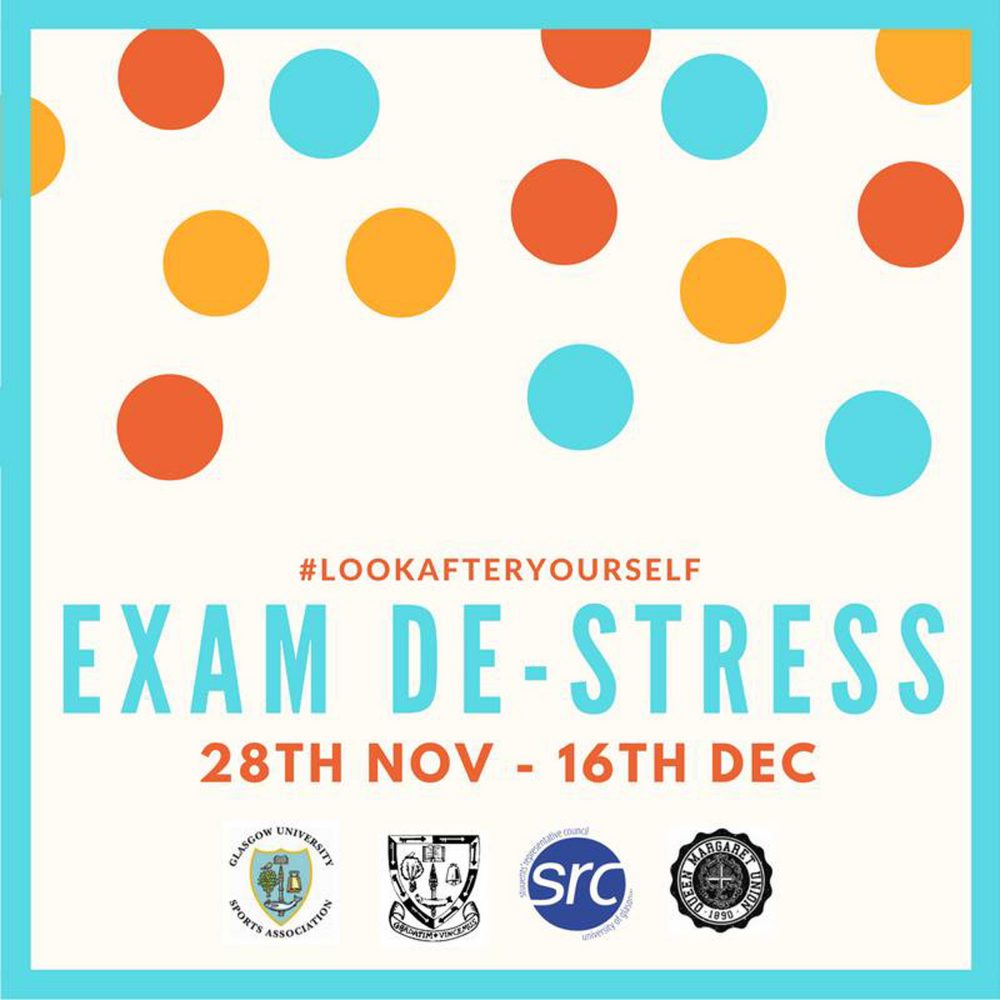 The “Exam De-stress” events started on November 28 and are due to finish on December 16.

Group knitting sessions, yoga and letting loose with a Muay Thai punch pad are on offer.

A doodle board has been set up in the library so that students can let off steam through art.

And on Sunday an entire room is being hired out so students can come together to relax in front of Sir David Attenborough as the fifth installment of Planet Earth 2 is aired. 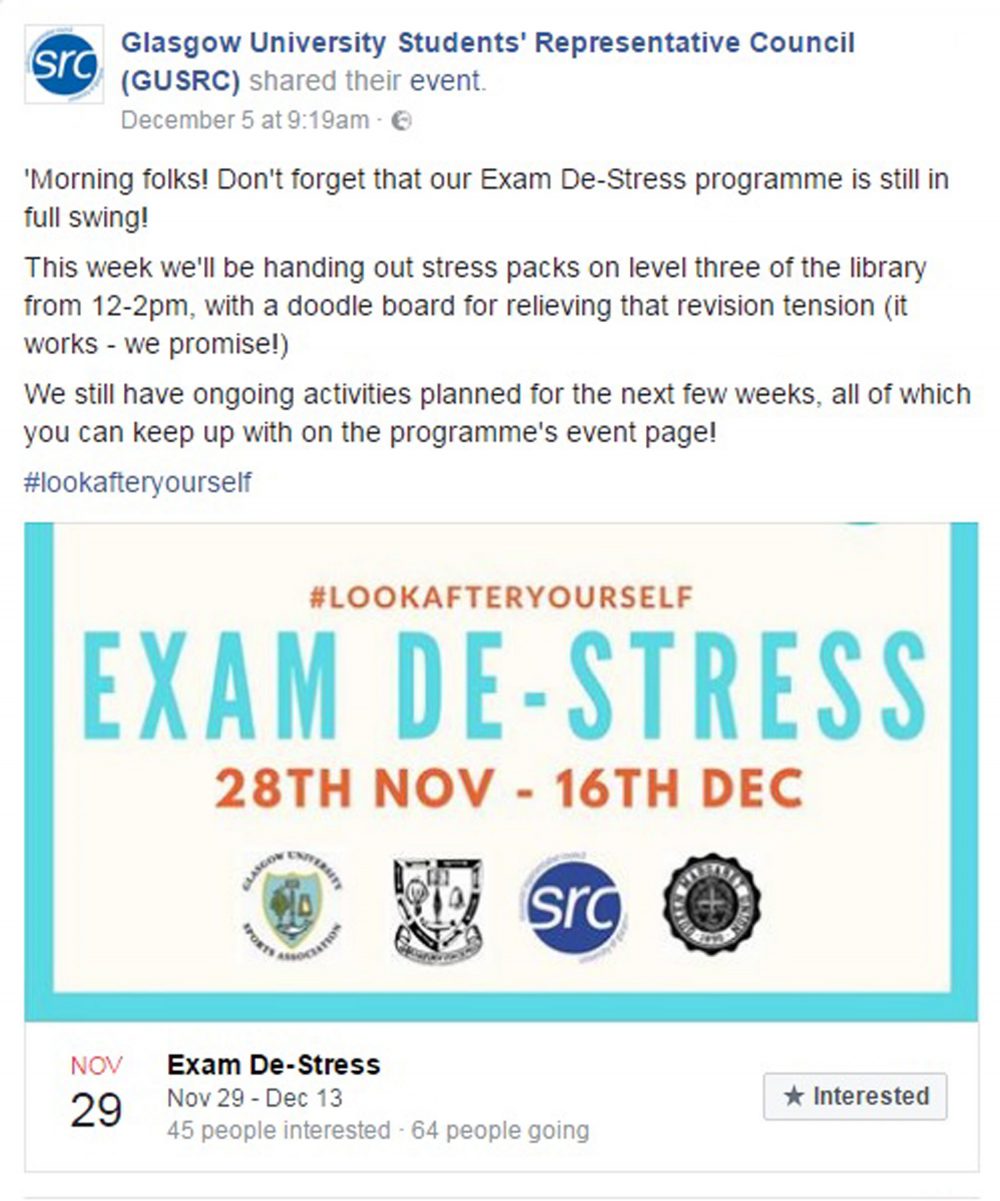 “We’ll be handing out stress packs on level three of the library from 12-2pm, with a doodle board for relieving that revision tension. It works – we promise.”

The bouncy castle event promises “a wee jump around to bounce away all your exam stresses and troubles or to get yourself warmed up on another absolutely baltic Monday”.

Last year Ruth Caleb, chair of Universities UK’s mental well-being working group, estimates the use of counselling usually ranges between 5% and 10% of students. 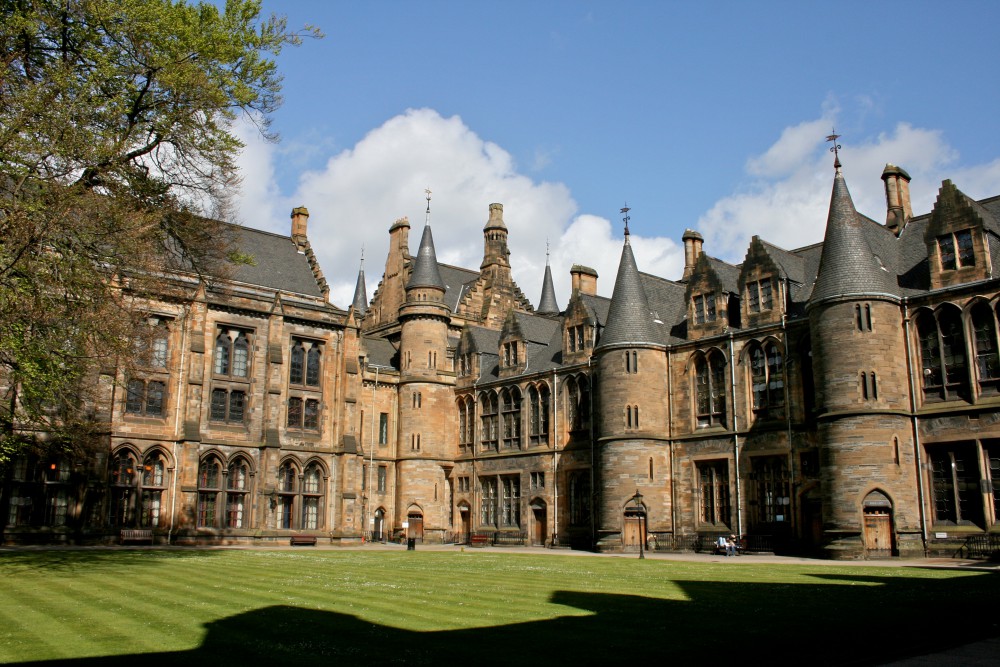 Depending on the university she said this would suggest at least 115,000 students are seeking help.

Dog welfare charity Canine Concern Trust Scotland launched the ‘Paws against Stress’ project at Scottish universities in 2013, which aimed to reduce stress in students at universities and colleges.

Due to high demand the sessions have spread across the country, with 5000 students attending approximately 50 sessions held in 15 universities and colleges in Scotland last year alone.

The 20 minute sessions will allow students to meet the specially approved therapy pets, known as ‘Therapets’, to help relax and revive patients.

A spokeswoman for the University of Glasgow said: “The University commends the SRC’s proactive approach to putting on a variety of imaginative and popular events to help students deal with exam stress.”