ONE of Scotland’s leading rabbis has revealed he was the victim of a violent anti-Semitic attack in which his religious headwear was thrown on the ground.

Rabbi Yossi Bodenheim, the Jewish Chaplain for Scottish Universities, was with his children when his wife was shoved and his kippah pulled from his head.

The shocking incident happened in central Edinburgh less than half a mile from the Scottish Parliament. 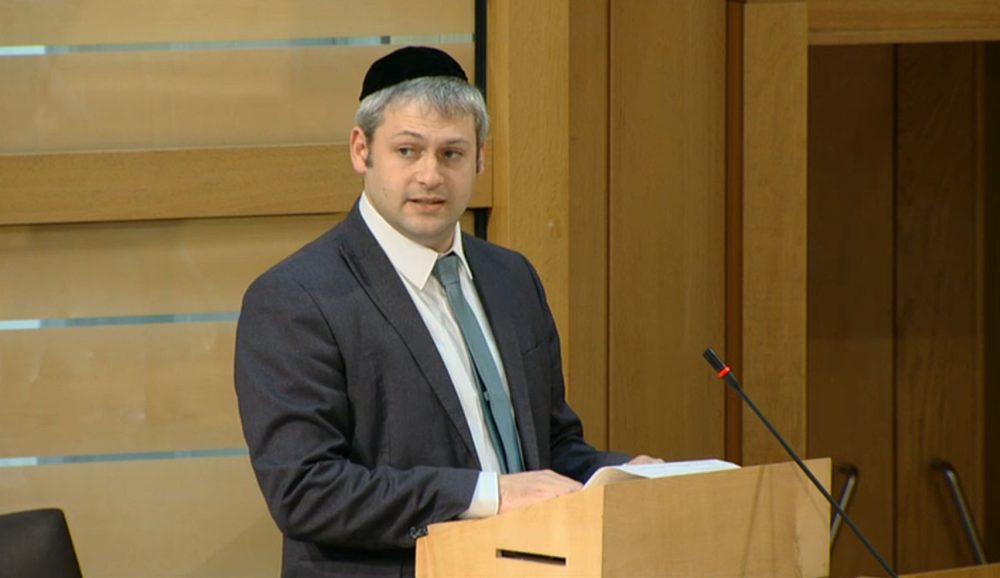 One leading Jewish figure claimed the ugly confrontation was indicative of growing anti-Semitism in Scotland.

The attack comes just months after a Scottish government funded study revealed that one in six Jews in Scotland hide their identities and many are “afraid” to go about their lives.

The rabbi revealed his ordeal while speaking to MSPs at the parliament.

He told them: “My wife and I took our four young children for a walk in this beautiful city.

“However, as we were walking, a woman pushed my wife aside, grabbed my kippah, threw it on the ground and ran away.

“That took place less than a mile from here, in front of my young children. You can imagine how distressed they were.” 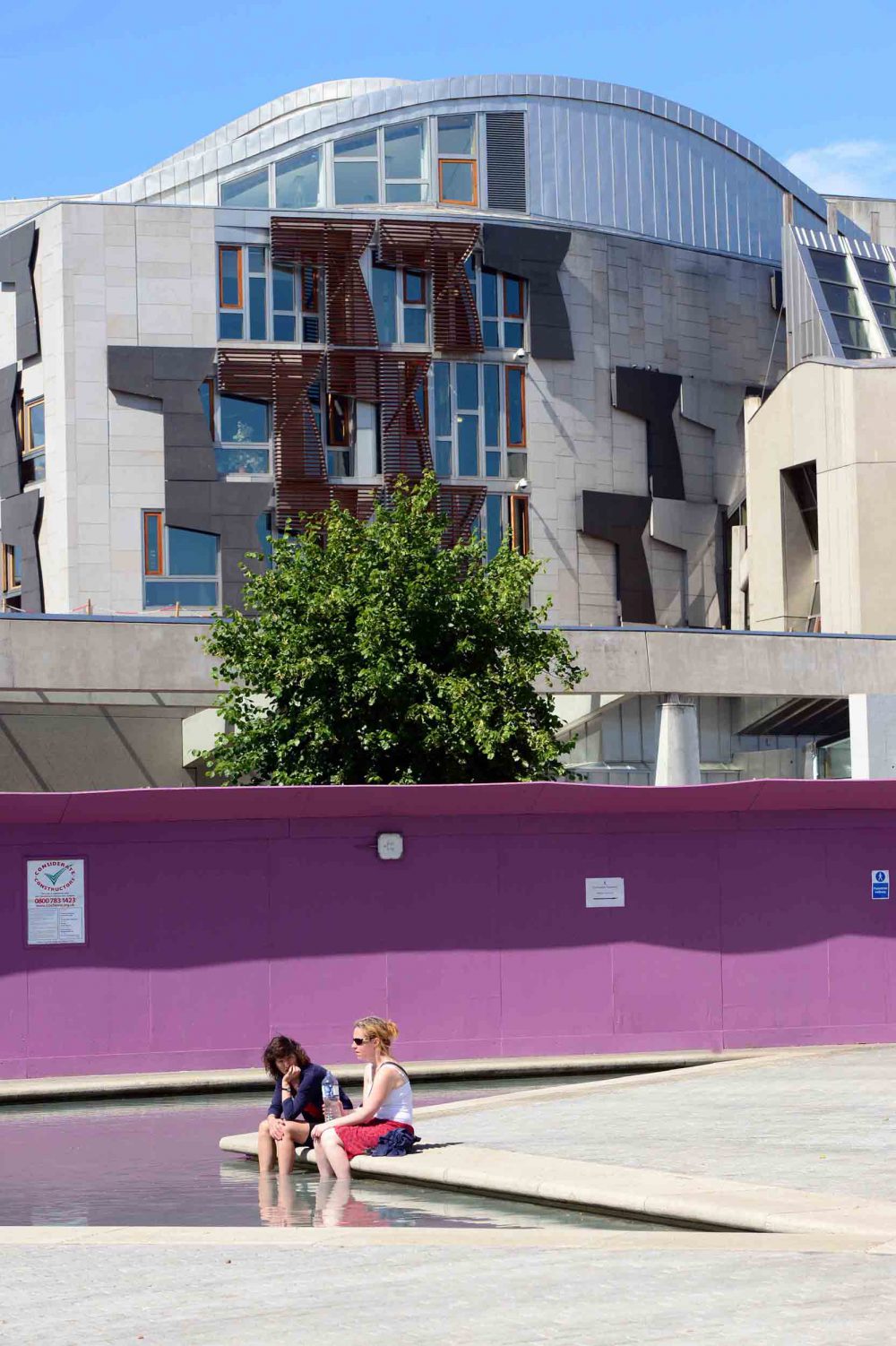 He added: “Chessed is kindness, empathy and support for others. That hatred is the very opposite of chessed.”

Rabbi Bodenheim claimed that anti-Semitism is also a problem on university campuses.

He said: “As Scotland’s Jewish student chaplain, my role is to bring chessed to Jewish students and to make sure that they are comfortable on campus, whether it is ensuring their welfare, providing social and educational events, or just being a listening ear.

“I also have to help them cope with anti-Semitism, because unfortunately it is an issue on campus as well.”

Asked whether the incident was an indicator of growing anti-Semitism within Scotland, Nicola Livingston, Chair of the Jewish Student Chaplaincy Scotland said: “Yes, absolutely”.

“I know the family were quite traumatised, it’s quite a difficult thing to speak about publicly, you don’t want to be seen as too vulnerable.”

“The Scottish Government needs to condemn such incidents when they happen, and that’s why Yossi used the opportunity to speak to MSPs.”

In August it was revealed that four out of five Jews felt that events in Israel and Palestine in 2014 had negatively affected their life as Jews.

The investigation also revealed that a significant proportion of Jews were considering leaving the country due to anti-Semitism.

The Scottish Council of Jewish communities, which conducted the study, called the results “extremely sobering”.

They wrote that their survey “was entirely dominated by expressions of insecurity and alienation.”

“Most tellingly, the person who said in 2012 that Scotland is a ‘darn good place to be a Jew’ told us less than two years later that ‘I feel alienated, and no longer Scottish first, then Jewish.”

Police Scotland said that they could not comment on the incident without knowing the exact location and date.