HEARTS have launched an SFA appeal in a bid to overturn Jamie Walker’s yellow card from Saturday’s defeat to Rangers.

The winger was booked by referee John Beaton shortly before half-time in the 2-0 loss at Ibrox after going down in a challenge with former team-mate Jason Holt as he tried to spark a Jambos comeback.

The 23-year-old was stunned when Beaton awarded a free-kick to Rangers and cautioned him for simulation. 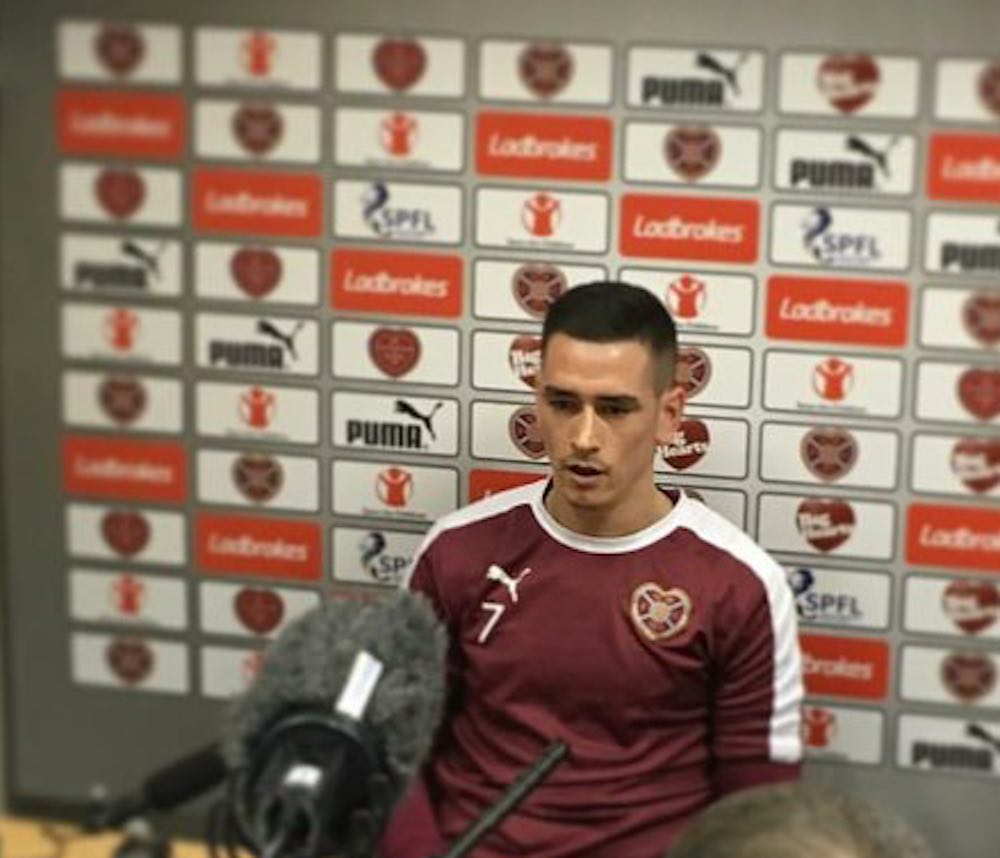 Beaton was also the official in charge when Walker earned a two-game ban, and was branded a ‘cheat’ by Scott Brown, after an apparent dive to win a penalty in the 2-1 defeat to Celtic in August.

Hearts contested the suspension but Walker was found guilty by a disciplinary panel.

The incident has since dogged the former Scotland under-21 cap, with opposition supporters singling out Walker for special treatment.

Hearts feared he would be left with an unwanted reputation and are eager to prove Saturday’s yellow card was undeserved.

They certainly have the support of former club captain Michael Stewart, who has blasted Beaton’s decision.

Stewart said: “It was terrible, horrendous. There’s about three seconds between the challenge and the referee actually deciding it’s going to be a yellow card.

“Even looking through Jamie Walker, he [Beaton] will recognise Jason Holt’s leg is across him.

“And even if he doesn’t think it’s a foul, how he can deem it a yellow card is beyond me. I expect it to be rescinded.”

With the game still goalless, Cowie turned in Callum Paterson’s wayward shot but was flagged offside.

Television replays show that Cowie was onside and Stewart believes it was a key moment in the game.

The ex-Scotland midfielder added to BBC Scotland: “The linesman is the one who has made that call and it is the wrong one.

“I have a little bit of sympathy because it happened so quickly that by the time Don Cowie has put the ball in the net Lee Wallace has taken a step out.

“But it’s such a big call and it is pivotal.