HIBERNIAN have taken Cowdenbeath starlet Jamie Sneddon on trial as the teenage goalkeeper attempts to win a dream move to Easter Road.

The 19-year-old has been on the Hibees’ radar for several months after breaking into the Blue Brazil first-team last season.

Despite his tender years, Sneddon has already made 19 appearances for the Blue Brazil, albeit he has lost the number one spot at Central Park to the vastly experience David McGurn this term. 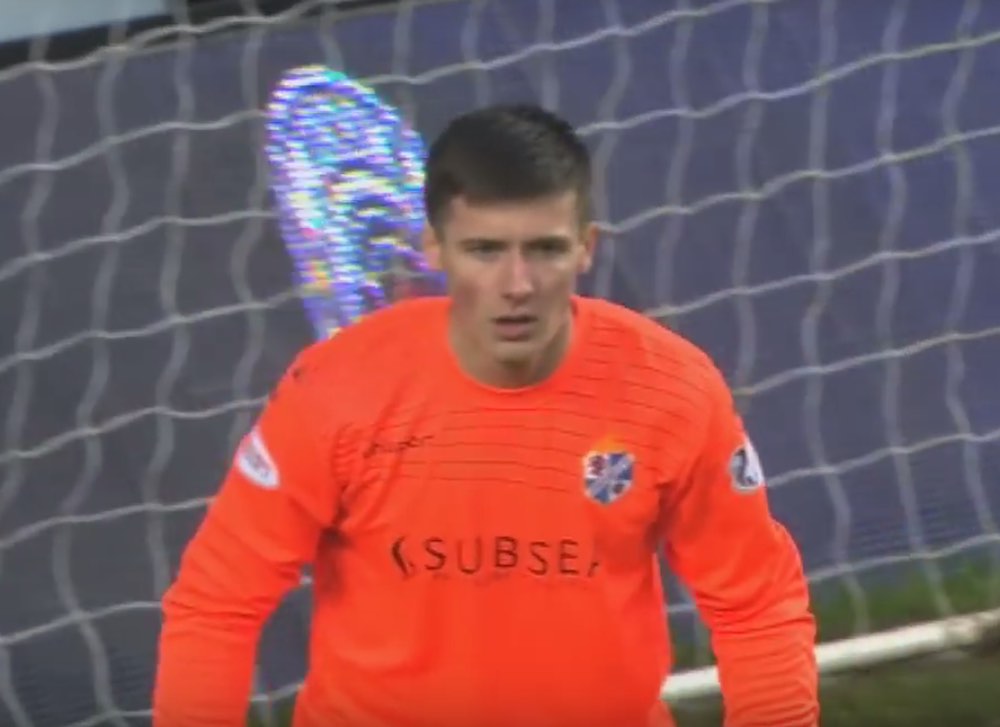 Nevertheless, Sneddon remains one of the most promising young custodians in the SPFL and Hibs goalkeeping coach, Alan Combe, is known to rate the former Hearts kid highly after the pair worked together at Tynecastle.

Hibs head coach Neil Lennon will now have a closer look at the player this week and, if he impresses, is likely to make a move when the transfer window opens next month.

Hibs are keen to strengthen their goalkeeping pool in January, with Ofir Marciano, Ross Laidlaw and Otso Virtanen – who has looked very shaky in his fleeting appearances for the first team – their only options.

Sneddon is out of contract on December 31 and it is understood Cowdenbeath boss Liam Fox is happy for the youngster to make the step up to full-time football if he is afforded the opportunity.

The likes of Livingston, St Johnstone and Partick Thistle have also been credited with an interest in Sneddon.