CHARLIE TELFER was lampooned by his Dundee United teammates as the player who managed to get two clubs relegated in one season.

However, Tannadice legend Dave Bowman reckons the diminutive midfielder is having the last laugh after establishing himself as a key player in Ray McKinnon’s resurgent United side.

Telfer, 21, played eight games in the top flight for the Taysiders last season before being farmed out on loan to Championship Livingston for the rest of the campaign, where he flattered to deceive in 15 outings. 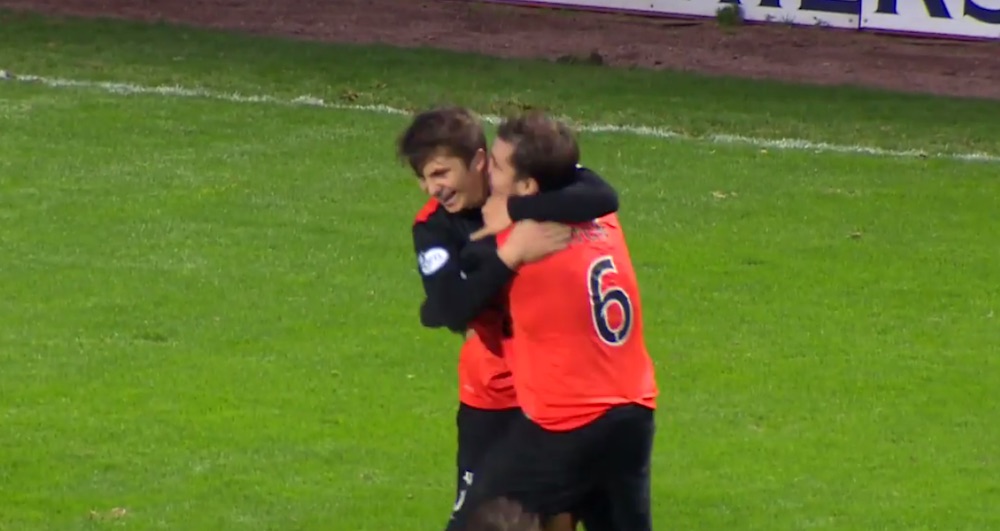 With both clubs ultimately being relegated from their respective divisions, Telfer has been ripped to shreds by his unforgiving pals.

Yet, he has bounced back and is finally displaying the potential that convinced United to snap him up from Rangers in 2014 in a deal which ultimately cost them £204,000.

Bowman, now a coach at United, lauded: “I think Scott Fraser, Jamie Robson and especially Charlie Telfer have been great this season.

“Charlie was so far out of the picture and goes out on loan to Livingston – now he is getting slaughtered by the boys, saying ‘you got two teams relegated in one season!’ That’s quite an achievement.

“But he has been very good – he is more consistent, is growing as a player and you can see his confidence building every week.

“You forget that Charlie and the other boys are so young.”

Bowman has also heaped praise on Cammy Bell, who has quickly emerged as one of the most proficient penalty kings in Scottish football.

The former Rangers and Kilmarnock goalkeeper made an unprecedented hat-trick of penalty saves in United’s 3-1 win against Dunfermline in September, before making a pivotal stop to deny Hibs star Martin Boyle in a 1-0 win over Neil Lennon’s men earlier this month.

And Bowman has no doubt the stopper’s heroics have helped to keep the Terrors in the title hunt.

He added: “Cammy has been a massive signing for us, he’s been brilliant.

“We give away penalties now and we’re not even bothered! That penalty save [against Hibs] was huge, especially for us. We would have been six points behind if we had lost that match – that would have put a lot of pressure on us.”