JK ROWLING has proudly unveiled her new “real and personal” website including a handwritten note saying “I want a large gin”.

The award-winning author said she wanted to go back to basics after failing to connect with her previous, glossy site.

The 51-year-old has gone for the appearance of a chaotic desk showing off some of her most prized possessions, including photographs of her beloved Westie called Bronte.

And among crumpled up bits of paper, a scribbled message reading “I want a large gin” can be read in black biro among notes about Harry Potter. 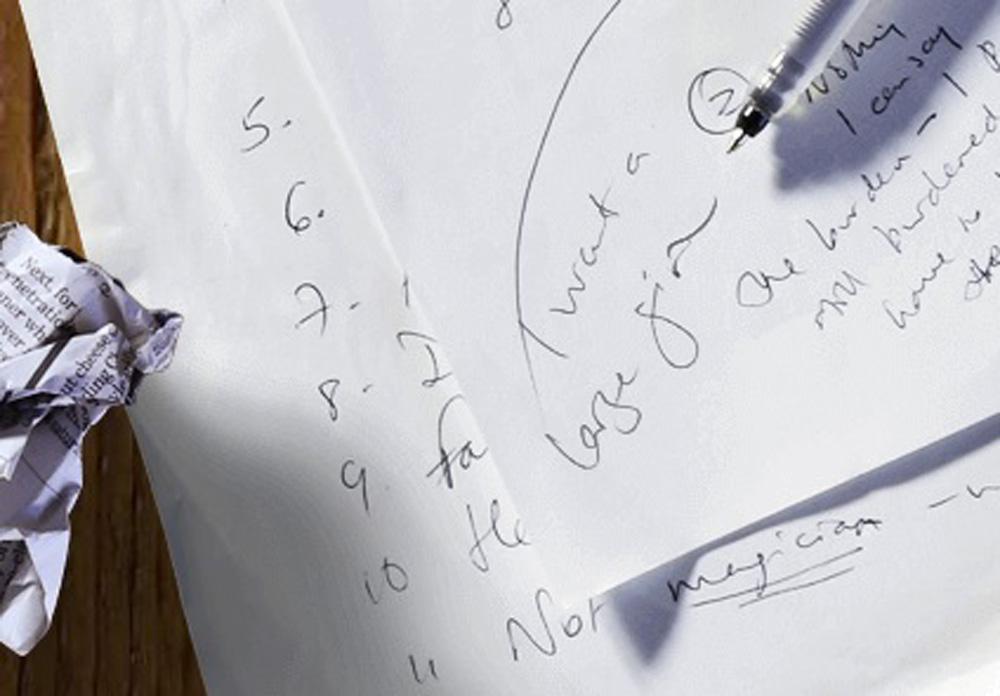 Welcoming fans to the page yesterday, she said: “So I decided to start over. I wanted to bring my website back to what it used to be: something real and personal.

“This is a faithful representation of my writing desk, except that I haven’t put on the bits of stale popcorn and biscuit crumbs that usually litter the surface.

“Everything looks a bit tidier and cleaner than it really is, but after all, it’s only polite to make an effort for guests.

“The various objects littered around really do live in my writing room; some of them have sentimental value, some are practical and others have found their way in via friends and family members. 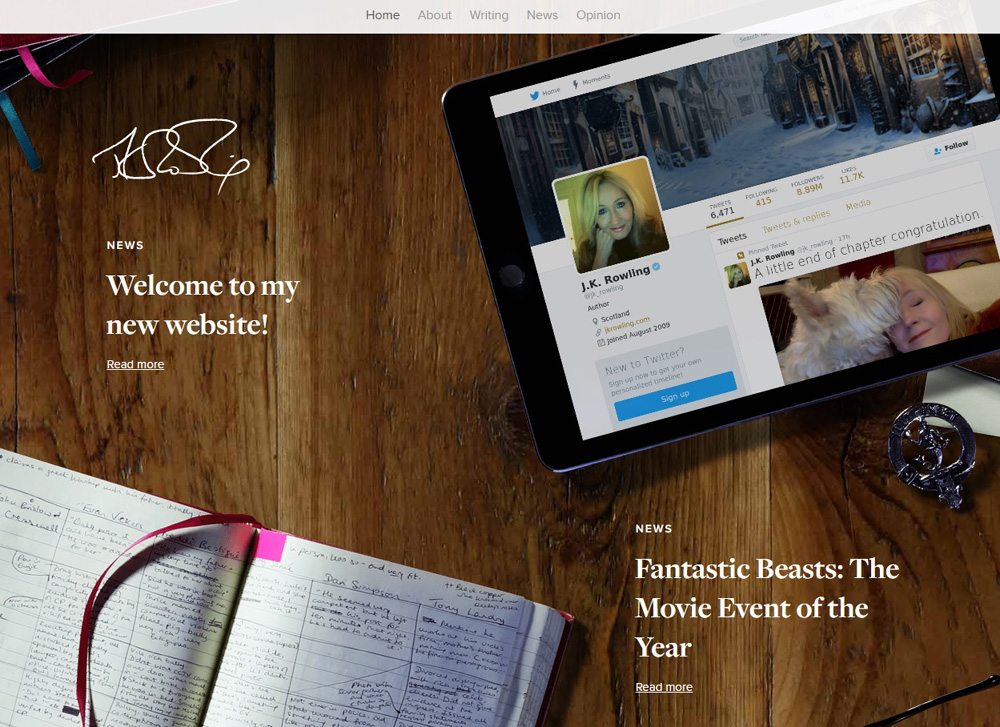 “Once upon a time, JKR.com was a cosy corner of cyberspace where I could share things I was writing, answer readers’ questions, debunk baseless press stories and be as serious or as frivolous as I fancied on any given day. However, when I finished writing the Potter books, my website fell into disuse.

“I spent a few years writing, not publishing, and enjoying the quiet. A few years ago I resurrected JKR.com, but I didn’t feel the same connection to the new design and it showed, because I hardly ever wrote anything for it.”

Rowling also revealed she likes to write in a room which she built in her garden overlooking the trees.

She added: “Family members have to decide whether they’re prepared to make the effort to put on shoes or find an umbrella to come and find me, which makes it the perfect distance from the house. 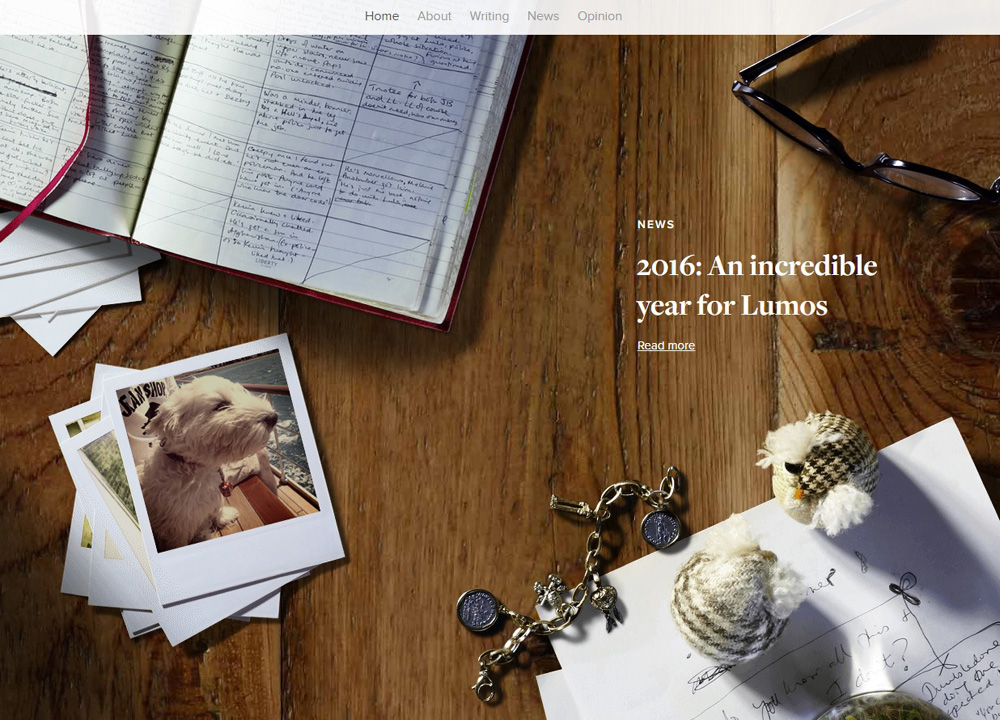 “I’m neither accessible enough to be bothered every time a Nintendo DS gets mislaid, nor so inaccessible that I can’t be inside the house and tending to a broken leg within thirty seconds.”

For the re-launch, the website also features a Q&A on “Fantastic Beasts and Where to Find Them” as a “Christmas gift to wizard lovers”.

As a “Christmas gift to wizard lovers” Rowling features a Q&A on Fantastic Beasts and Where to Find Them answering six queries.

Divulging new information on main character, Newt Scamander, who is played by Eddie Redmayne in the current movie, she was asked why the he traveled to the US by boat instead of Apparition – a magical form of teleportation.

She said: “Apparition becomes increasingly risky over long distances. As with most magic, much depends on the skill of the spell-caster. 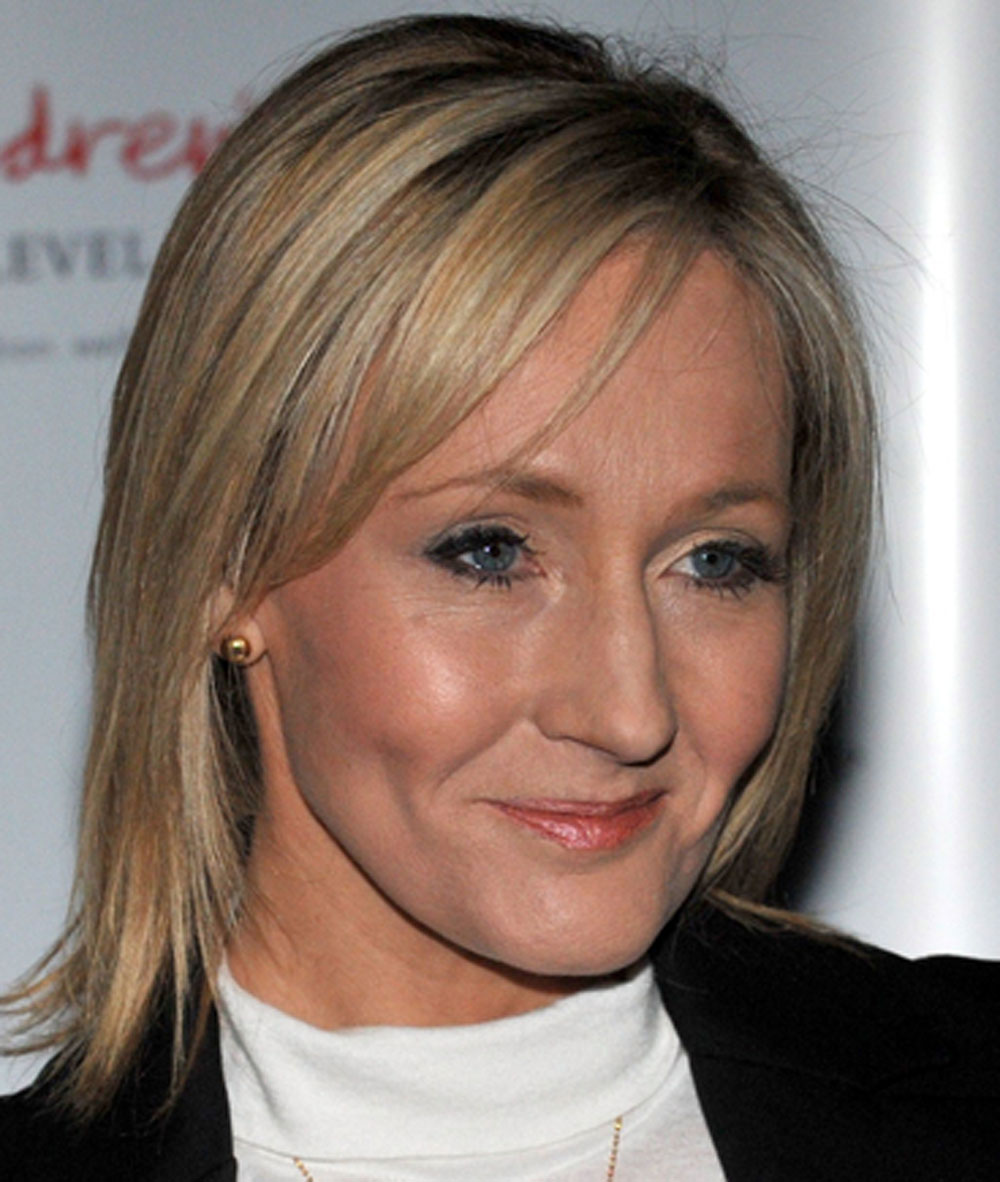 “Apparition requires knowledge of the terrain to which one is moving, or the ability to visualise it clearly. Cross-continental Apparition would almost certainly result in severe injury or death.

“Moreover, the beasts in Newt’s case had varying magical natures. Some could have Apparated with him, but others could not.

Responding to why Newt didn’t have to go through customs, she added: “He was transporting magical creatures at a time when this was illegal. No-Majs were far easier to fool than the wizarding checkpoint would have been.”

She also answered one question on Harry Potter and the Chamber of Secrets which had been on fans minds since the book was written in 1998.

One wizard fanatic asked: “Why wasn’t the Horcrux inside Harry destroyed when he was bitten by the Basilisk in Harry Potter and the Chamber of Secrets?

Putting the query to bed, Rowling responded: “A Horcrux can only be destroyed if its container is damaged beyond repair. Harry was healed by Fawkes. Had he died, the Horcrux would indeed have been destroyed.”

Rowling’s website was changed from an interactive desk look in 2012 revealing a more sleek, basic page which covered details of all areas of work but lacked many personal touches.

She is currently working on a fourth book under the pseudonym, Robert Galbraith, although a release date has still not been set.