HAD THINGS worked out differently, Jonny Court could have been starring in the Boxing Day derby between Edinburgh and Glasgow at Murrayfield.

But the on-loan Montrose forward is convinced he made the right decision to choose football over rugby.

The 20-year-old went to school at Stewart’s Melville College in Edinburgh, where the oval ball game ruled. 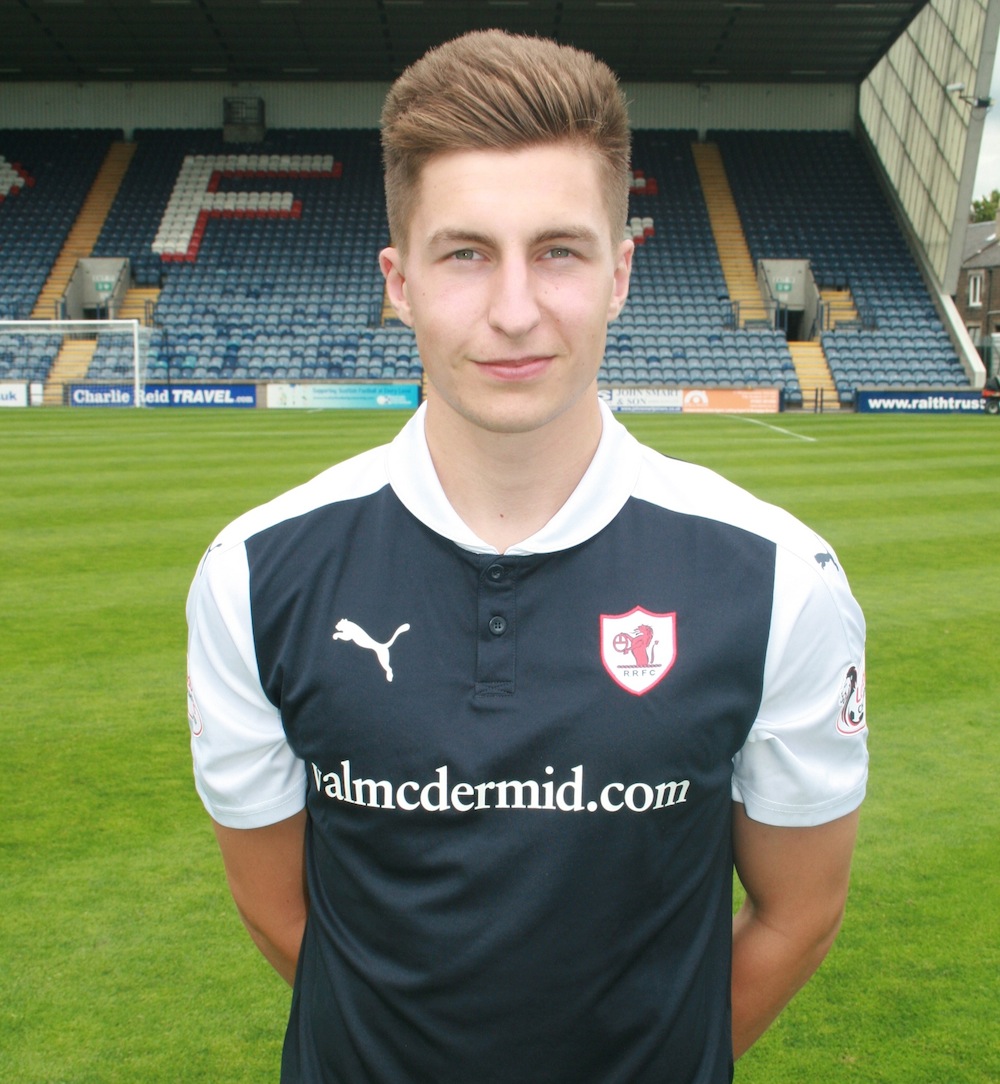 Having never really played the sport, the youngster found he was something of a natural as an outside centre or full-back.

His coaches were keen for him to go forward to trials for the Edinburgh district team and a schoolmate, Callum Hunter-Hill, has since signed for Glasgow Warriors.

But Court was eventually forced to choose between rugby and football – and he insists there was only going to be one winner.

The Raith Rovers player told Capital City Press: “I went to a rugby school, so we had to play. I never grew up playing it but I ended up being really good at it, although I don’t know how!

“I could probably have gone on further with rugby. Some of my mates play rugby still to a good level.

“But I was never that interested in it – my passion was always football and that swung it.

“Probably if I had more interest in rugby and kept playing I could have done well, maybe professionally.

“The school wanted to put me through to the regional team in Edinburgh, but I couldn’t do that because of my football commitments.

“In the end I had to give it up. I was playing at Hibs at the time and they said I had to choose, and I chose football – and I’m glad.”

Court netted the winner for Montrose in last weekend’s 2-1 win over Berwick Rangers – their second success in a row since the appointment of former Dunfermline midfielder Stewart Petrie as manager.

The victories have lifted the Gable Endies from bottom spot to sixth in the table and Court has hailed the impact of Petrie’s arrival.

Speaking ahead of this afternoon’s home clash with Stirling Albion, he added: “The manager coming in has given everyone a big lift. No disrespect to the previous manager but I think we just needed a change.

“The gaffer is young and it’s his first job as a manager, so he’s enthusiastic and he wants to play good football, which suits everyone.

“Training has been different but a lot sharper and more intense, and he has a different idea as to how he wants to play the game on a Saturday.

“I think the squad’s happy with that and I think that has shown in the results so far.”