JOEY BARTON has been backed to become Burnley’s “rock” this season after finalising his return to Turf Moor.

The 34-year-old has penned a contract until the end of the season after cutting short his miserable stint at Rangers in November.

He made eight underwhelming appearances for the Ibrox outfit following his much-heralded arrival in the summer and saw his career in Govan go up in smoke following a bust-up with manager Mark Warburton in the aftermath of September’s 5-1 defeat against Celtic. 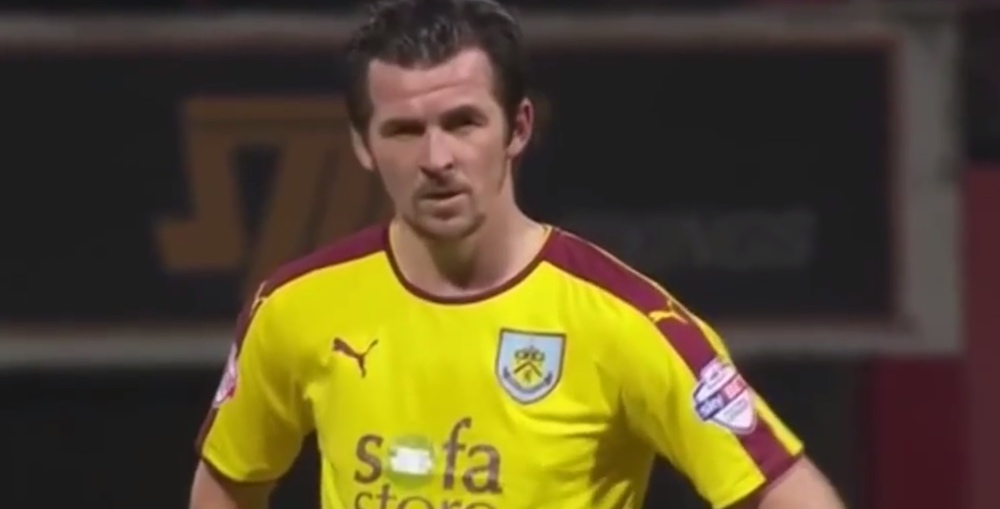 Nevertheless, Burnley boss Sean Dyche has wasted no time in snapping up Barton, who was the club’s player of the year last term as they won the SkyBet Championship title.

And despite the fact the controversial midfielder is facing a Football Association misconduct charge for allegedly placing 1260 bets on matches over the last 10 years, striker Andre Gray insists he can be a pivotal player in the second half of the season.

Gray, who has five goals this term, told the Lancashire Telegraph: “When games get sticky he can be that rock for us like he was last season.

“He’s a massive addition for us, even in the changing room, just being that speaker on the pitch.

“He was great for us last year and he will be this season. He knows the league and even if it’s not on the pitch it’s off the pitch where he can gives us that bit of knowledge that some of the boys don’t have as much.”

The ex-Newcastle and QPR could make his debut in Saturday’s FA Cup tie against Sunderland, having been registered in time to serve an existing ban – handed down by the SFA for placing bets on 44 matches – in Monday’s defeat against his former club Manchester City.

A Burnley statement confirmed: “Barton becomes available for selection from January 3 after completing his registration in time to serve a one match suspension against Manchester City, as a result of a carry-over suspension passed down from the Scottish FA relating to a previous offence.”