A CELTIC fan has gone viral after holding up a cheeky poster aimed at rivals Rangers whilst at a wrestling event in America.

The Hoops supporter was seen brandishing the poster at a WWE wrestling event in Florida, USA, on Monday night. 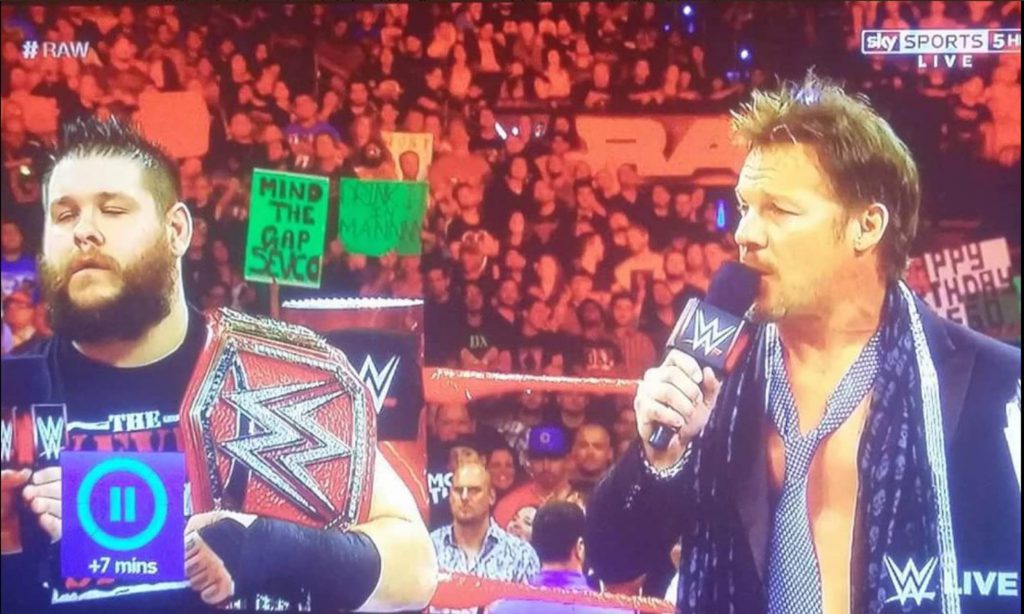 The green poster read: “Mind the gap Sevco,” in a dig at the Ibrox club’s recent financial troubles and the points between the two clubs in the Premiership table.

The dig comes after the Ibrox side lost 2-1 to Celtic at the weekend in the Hogmanay Old Firm derby.

A photo of the poster appeared online last night (MON) with the caption: “Monday night wrestling live from Florida.”

The picture has already gained nearly 2,000 likes and over 400 comments and shares.

One wrote: “We love Celtic in the USA!”

Another added: “We’re loved all over the world.”

One joked: “Even wrestling fans the the facts lol.”

Whilst one added: “Whoever is at Raw with the ‘Mind The Gap Sevco’ sign – I salute you.”

Rival fans continually taunt their Rangers counterparts, claiming that the Ibrox club are not the same one that was formed in 1872.

When the club went into administration in 2012, Yorkshire businessman, Charles Green headed a consortium called ‘Sevco’ who bought the business assets.

Many football fans will now only call them ‘Sevco’ however Scottish footballing bosses have insisted that Rangers are still the same club that existed before liquidation.