ADORABLE video footage has captured the incredible reaction of a dog that loves the bagpipes.

Wallace the Golden Retriever loves the classic sound of the Scottish instrument so much that he smiles when they’re played and looks annoyed when they stop.

The seven-month-old pup from Winnipeg, Canada was filmed by his owner, James Clark, listening to him play the chanter, the part of the pipes used to create the melody.

The 65-second video starts with Wallace smiling as he lies on a bed whilst looking up at James as he plays him a tune.

Wallace’s smile continues as the music is played, with his tongue dangling out excitedly as he looks around the room.

However, when the tune abruptly stops, Wallace’s head shoots back round and his mouth closes as he looks up at his owner as if to ask ‘why have you stopped?’

When the music starts up again, the pooch’s mouth immediately opens again in a smile with his tongue once again dangling out. 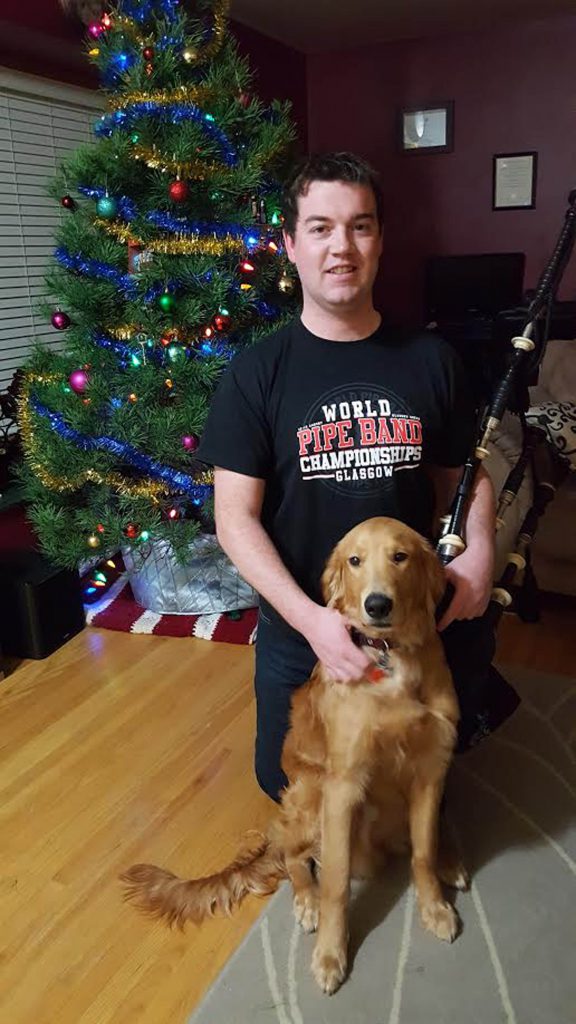 However, as the music stops for a second time, Wallace greets it with the same reaction as his mouth closes and he glares up at James.

The same process is repeated another two times before James finishes the song and the clip ends, as Wallace once again looks upset and glares at his owner.

Speaking about his dog’s unusual love for Scottish music, James said: “ Wallace has enjoyed the pipes ever since we brought him home. He mainly enjoys it when I just play the chanter, as the pipes are a bit too loud for him.

“He likes marches and strathspeys the most and I find he’s not too keen on jigs and reels.

“As for other Scottish things, he loves going out fishing with me and he quite enjoys the rain. Unfortunately, the rain has turned to snow here and he’s not so big on that.

“We took him home when we got back from our honeymoon in Scotland back in August, where I spent the first week of our trip with the pipe band competing in the World Pipe Band Championships in Glasgow.” 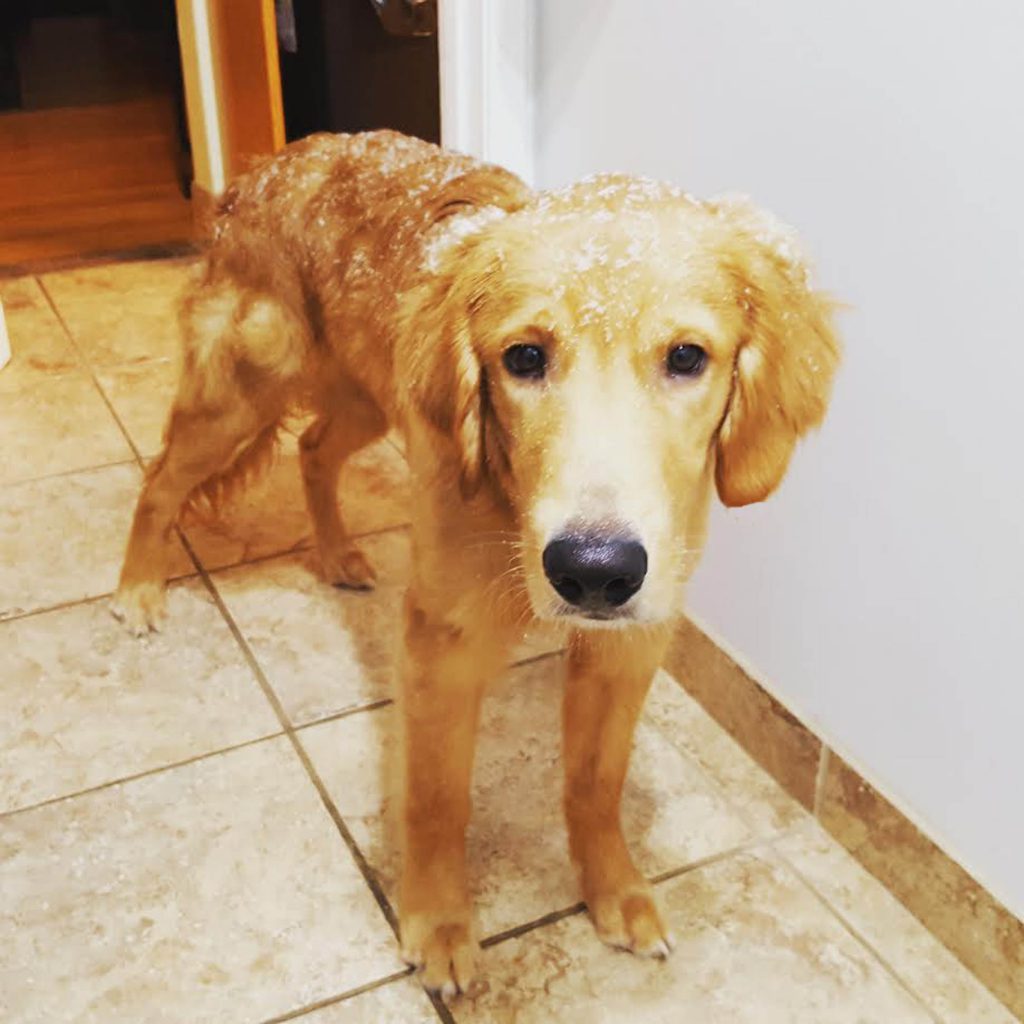 Wallace isn’t the first animal from overseas to have a link to Scottish music.

Earlier this year, a man from California discovered his cat could be used as a bagpipe.

Andrew Piersons gave his cat a gentle squeeze as he hummed Scotland the Brave,

using his cat’s meows in place of the pipes.