A SCOTSMAN has gone viral after falling victim to a Christmas prank at the hands of his girlfriend.

Ross McNamee, from Stepps, North Lanarkshire was presented with what appeared to be a Rolex box on December 25, only to open it and find a superhero themed children’s watch.

The 19-year-old posted two images of the prank by his girlfriend Daniella on Twitter, one showing the box he was presented with and another showing the watch inside. 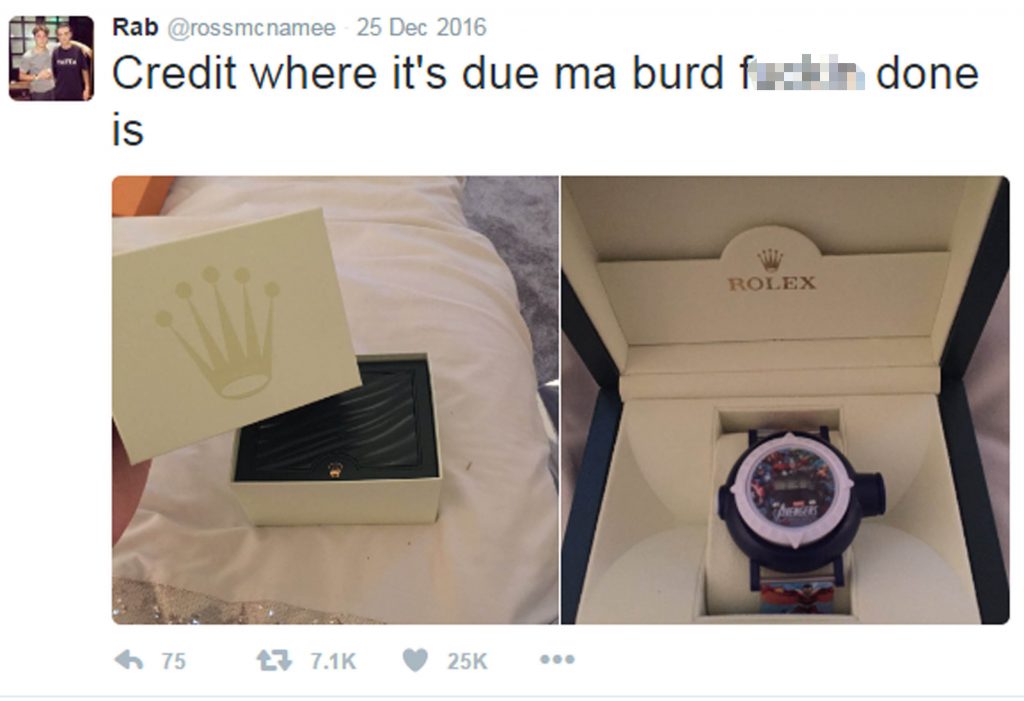 Plastic coated and with a digital time display, the contrast between the watch, based on the 2012 Avengers superhero film, and the plush box it was presented in could not be more dramatic. 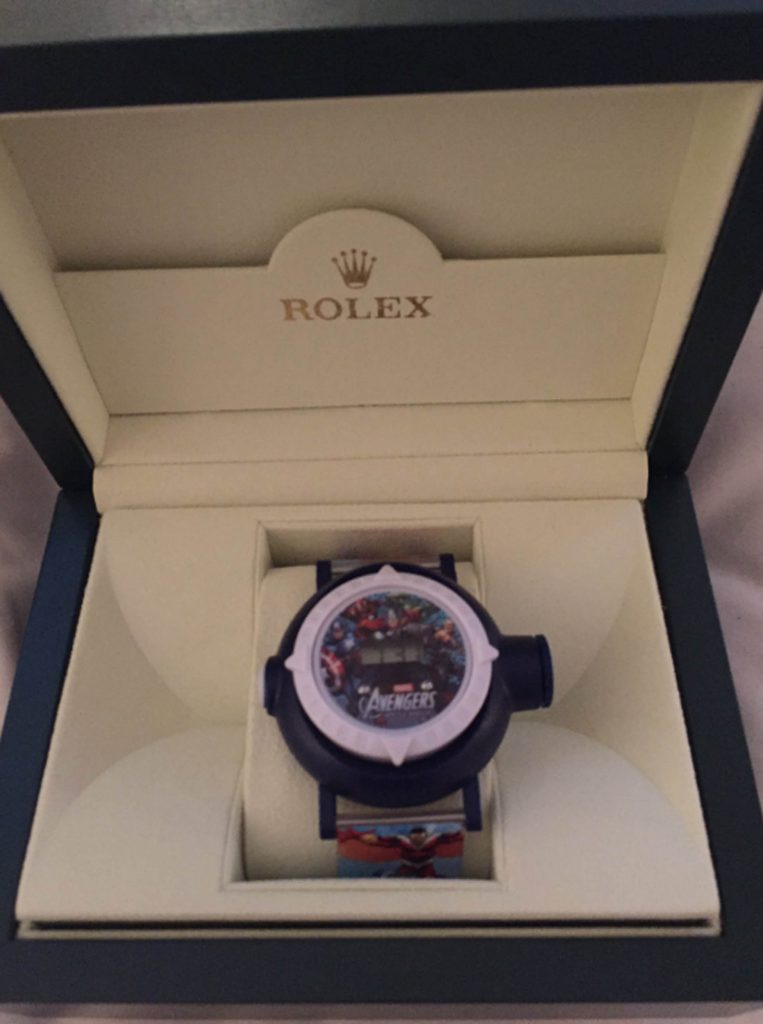 He posted the images with the caption “Credit where it’s due ma burd f** done us” [sic].

The image received over 22,000 likes and retweets over the 12 days of Christmas, which end today. 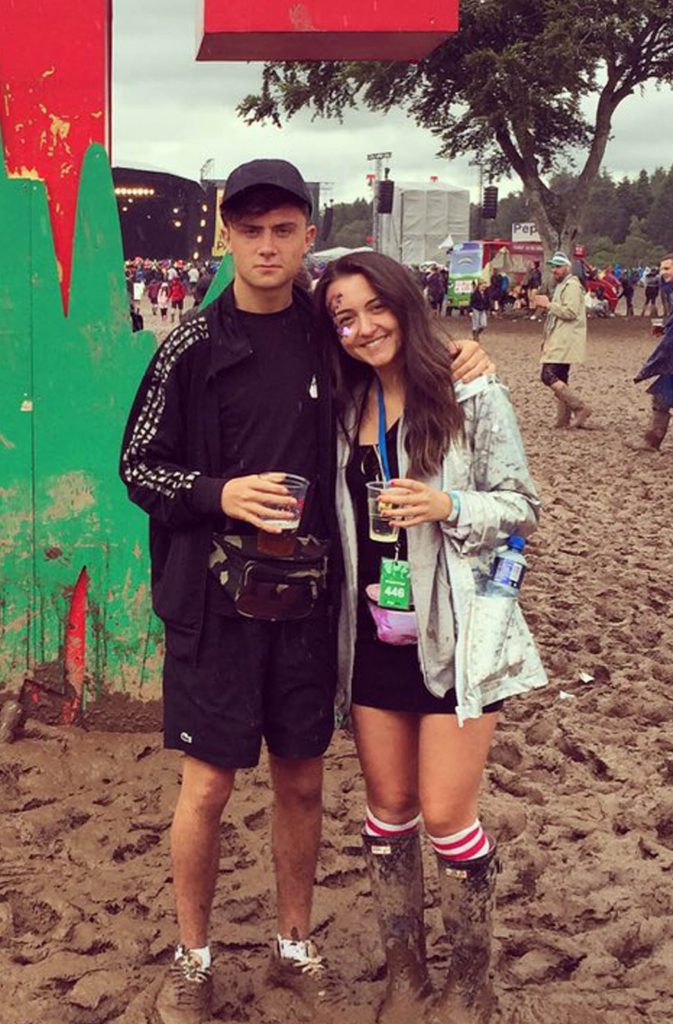 Ross said that when presented with the box, his first reaction was disbelief but after the prank was revealed, he found it hilarious.

He said: “We were trying to guess what we got each other before Christmas and I guessed a watch. She made out as if she had got me one so I was certain that she had.

“She gave me that box first and when I unwrapped it and saw the Rolex I just looked at her in kind of disbelief before opening it and seeing the Avengers watch.

“All I could do really was laugh.”

Matt Norton doubted the authenticity of the box, saying: “What? The Rolex box can sell for like more than £200, especially with proper warranty papers.”