AN MSP has provoked fury after comparing Scottish independence to a woman not always saying “yes first time.”

SNP MSP John Mason tweeted late last night: “Marginal view was no to indy. We hope to change that. The girl does not always say yes first time!”

His controversial message received backlash from social media users, claiming it to be “creepy” and “trivialising rape culture”. 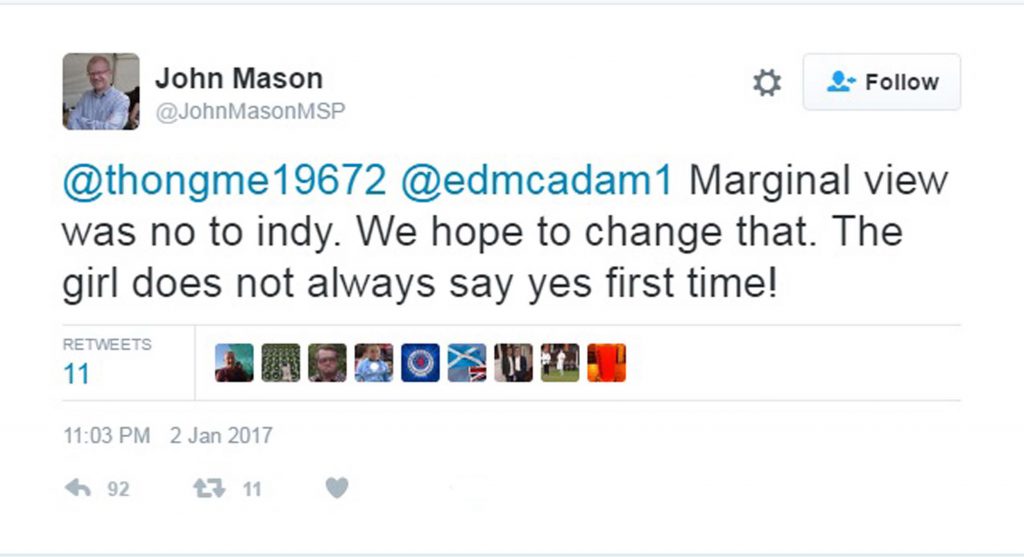 First minister Nicola Sturgeon was even asked by some users for her thoughts on the tweet.

Comments and messages flooded in from people demanding the MSP for Glasgow Shettleston delete the tweet and issue an apology.

@themainliner said: “The girl does not always say yes first time!? So just keep pestering her? Or force her?”

@maggsmct tweeted: “Please do not use an analogy that implies overriding a woman’s consent”

@NUS_Vonnie commented: “This is an appalling tweet for someone in your position to make, trivialising rape culture and coercive control.”

@daveconnacher said: “What an absolute abhorrent statement to make from someone in authority. @NicolaSturgeon care to comment?”

@KirstyStricklan said: “This is a disgusting and ill-advised comparison to make, John. When you decide to delete it you should apologise as well.” 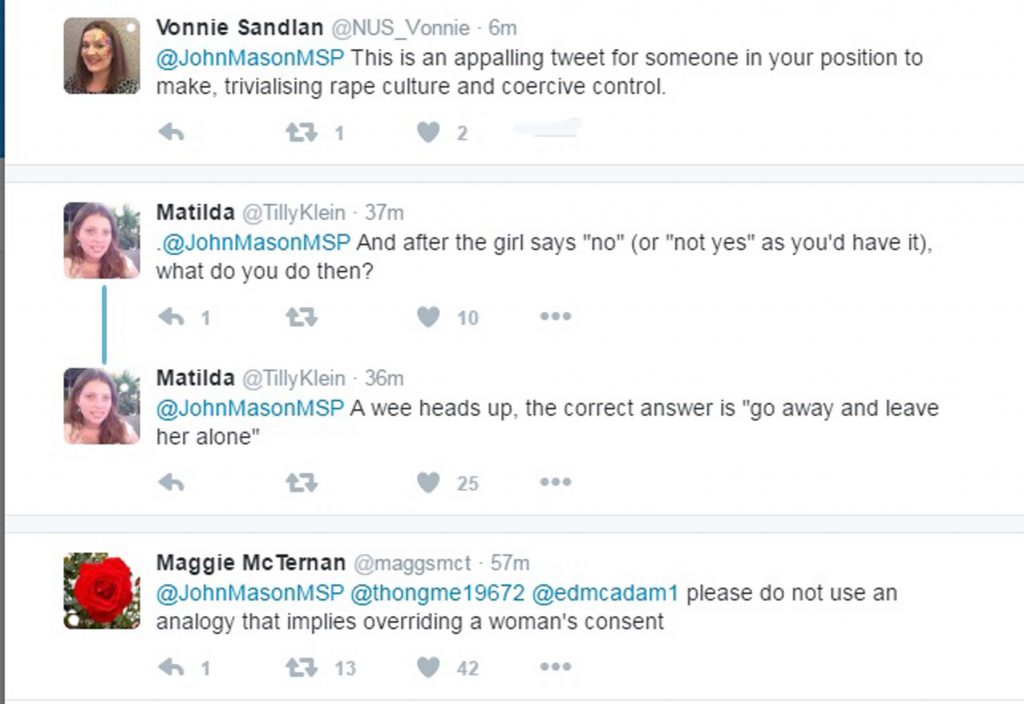 This afternoon Mr Mason defended the tweet by saying it was misinterpreted by his followers.

He said: “Traditionally when a man asks a woman out she doesn’t say yes the first time.

Scottish Conservative equalities spokeswoman Annie Wells said:“At a time when we are trying to tackle domestic abuse and violence against women, this was an ill-judged tweet.

“It probably read worse than he intended, and as such he should reflect on the remark.

“MSPs are in a position of responsibility and influence, which is why tweets like this can be so damaging.”