Harrods staff gathered outside the London store yesterday (SUN) to demonstrate, after claiming that department store bosses keep up to 75 per cent of the service charge on each bill.

They say the system means that staff are missing out on up to £5,000 a year.

Those at the protest began tweeting images of small notes yesterday and claim 500 of these are hidden around the department store.

Images of the pieces of paper have been retweeted and liked thousands of times. 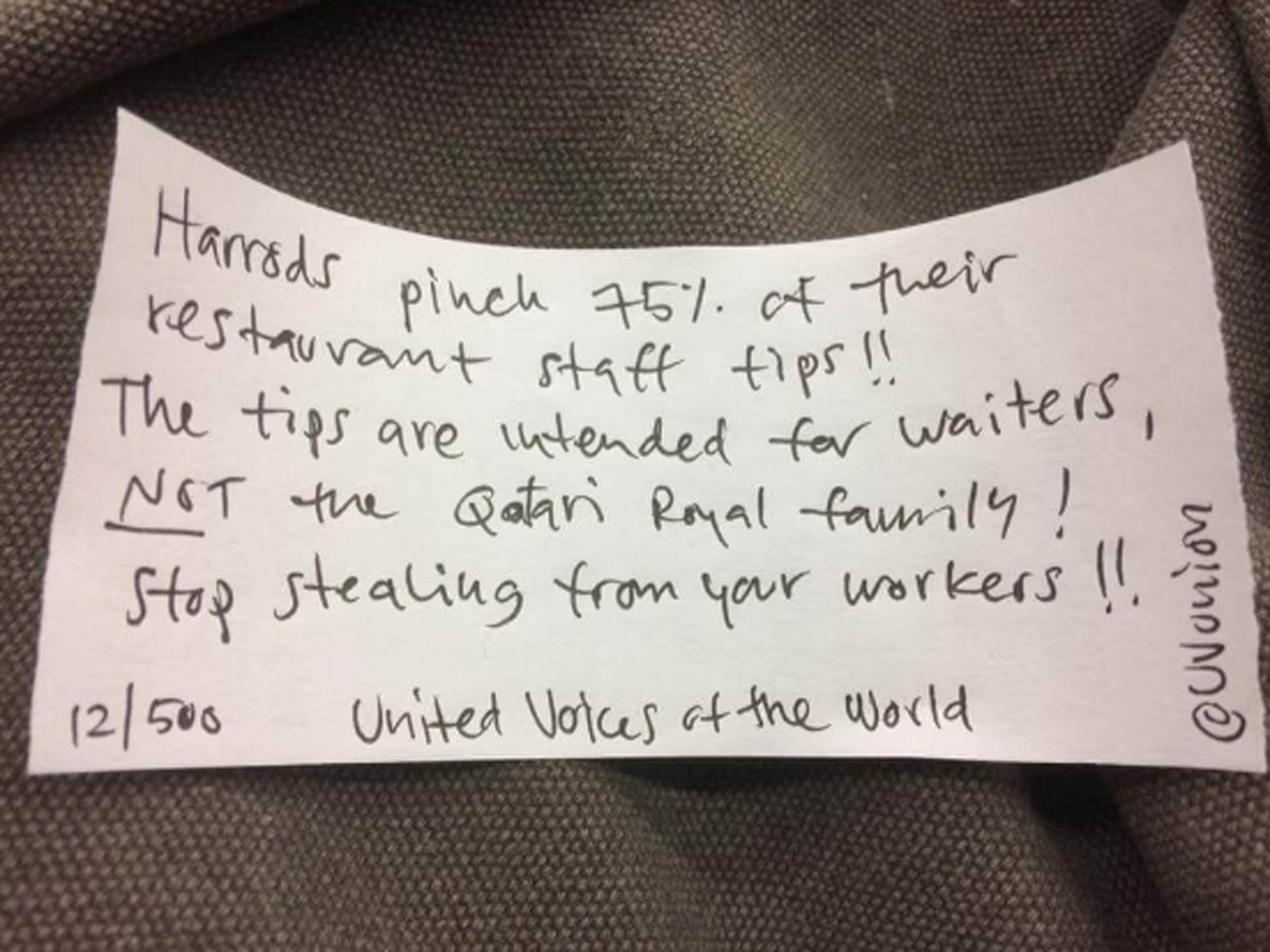 The notes are individually numbered and are signed off by the ‘United Voices of the World’.

United Voices of the World union, which represents some of the west London store’s waiters and kitchen staff, were leading the protest.

The full text of the notes states: “Harrods pinch 75% of their restaurant staff tips!!

“The tips are intended for waiters, not the Qatari Royal family.

“Stop stealing from your workers.” 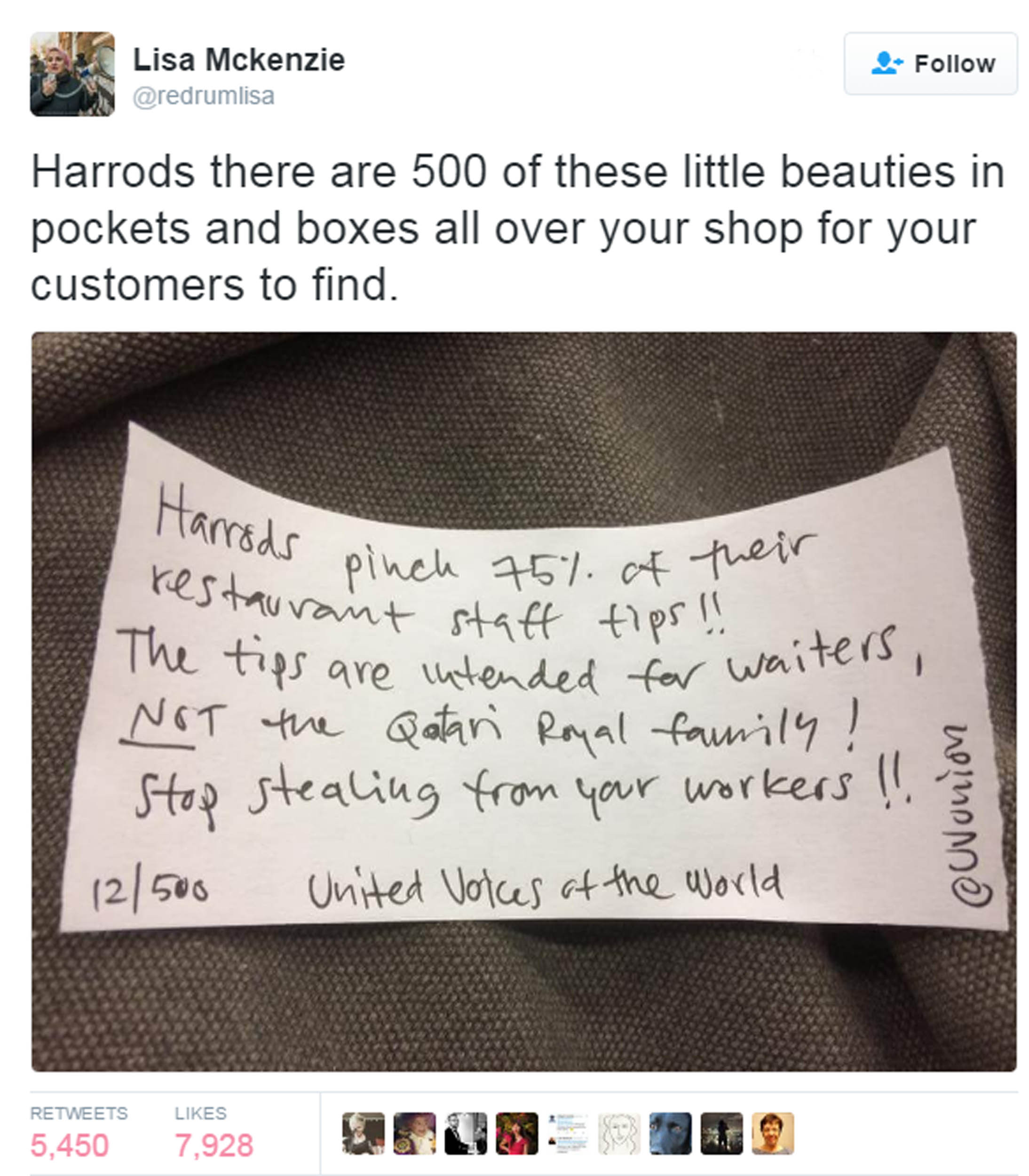 Social media reaction to the notes was mixed, with many saying they were an excellent idea, and others saying that workers would simply have to clean them up.

Rob Klingdon wrote: “What a great idea! Also sounds like fun hiding the notes in the first place.”

Lisa McKenzie said: “Hurt them where it hurts them. In their pocket.”

But another user said: “They’ll just make shop floor colleagues find them all. Bit of a daft protest really.”

Two people were arrested after the protest outside the Harrods store yesterday (Sun) after a smoke bomb was set off.

The protest blocked roads in the Knightsbridge area of central London.

A Harrods spokeswoman said the store employed more than 450 workers in its 16 restaurants, all of whom were paid “fairly and above national living wage”.