Raith Rovers defender Kevin McHattie insists he still has a soft spot for Hearts after recalling how the club’s financial collapse helped make him as a player.

The left-back will go up against his former employers on Sunday when Ian Cathro’s side visit in the fourth round of the William Hill Scottish Cup.

McHattie left Tynecastle for Kilmarnock in summer 2015 shortly after playing his part in helping the team clinch a record-breaking Championship title and was reunited with old manager Gary Locke at Stark’s Park last June. 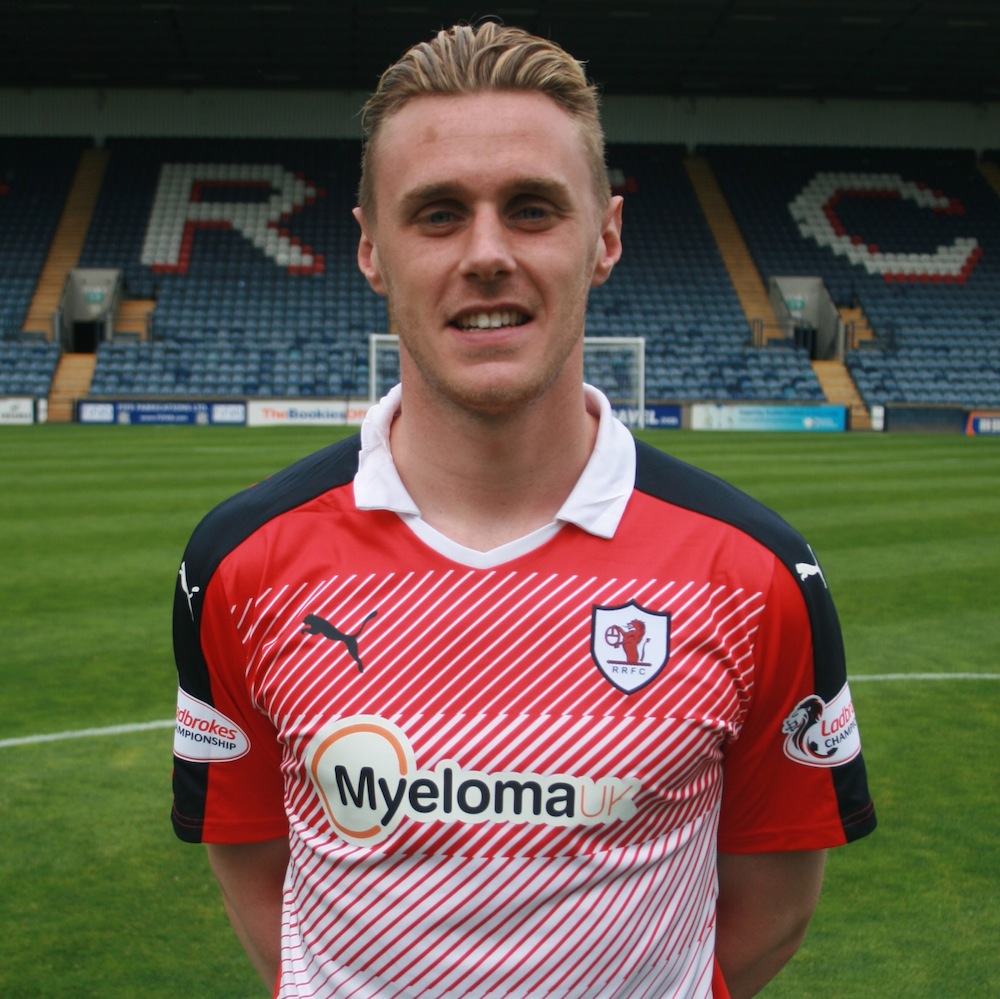 The 23-year-old and the likes of Callum Paterson, Sam Nicholson and Jamie Walker were thrust into competitive action at the height of Hearts’ off-field turmoil but McHattie insists he looks back on his time in Gorgie with fond memories.

He said: “I’ve still have a soft spot for the club, they brought me up from my younger days, took me into the first team and made me the player I am today. In regards to that, I thank them.

“It is going to be emotional playing in front of the Hearts fans but I’ve done it before with Kilmarnock and they always give me a good reception, so I’m not too worried.

“The troubles were definitely the making of us, we had a great bunch of boys and a strong dressing room.

“The average age of the squad was only 23.

“We had older guys such as Jamie Hamill and Ryan Stevenson but the younger guys included me and Callum Paterson, Brad McKay, Danny Wilson, Jamie Walker and Jason Holt, even boys such as Fraser Mullen who played the Scottish Cup tie against Auchinleck Talbot.

“Those were times I’ll never forget, loving every minute playing for such a big club.

“We couldn’t get the players in because of the transfer embargo, so we knew they couldn’t go out and spend money and that we had the chance to develop, which is what most of us did.”

McHattie insists he is not bitter about the way his time at the club came to an end after making 16 appearances during their league-winning campaign.

He added: “It was tough, I spoke to Robbie Neilson and he was straight up with me, which is what you want from a manager.

“I didn’t want to be hanging about when he told me I wouldn’t be playing as many games as I would have liked and at my age, I had to be playing every week. I agreed.

“He said he would be happy for me to stay but I decided to move on and try to get some games and my aim is to get back to that level and hopefully the young squad here can help me out.”

McHattie is not the only person at Raith with a Tynecastle connection. Rovers are managed by former Hearts manager and captain Locke, while Jambos legend Rudi Skacel is in the squad, as are Ryan Stevenson and Jason Thomson.

Skacel is yet to find the target for Raith this season but is revered by Hearts fans after scoring 48 goals and winning two Scottish Cups across two spells with the club.

McHattie added: “Rudi’s great, obviously I know him from my time at Hearts – I cleaned his boots when he was there and he’s fantastic, he knows the game really well and helps others out.

“He is coming to the end of his career but he still has a great left foot.

“Of course, he doesn’t have the same pace as before but he’s still a great player for this squad to have because of the experience he brings.”