FRASER FYVIE is adamant Hibernian’s last visit to Tynecastle was the moment they truly started to believe they could end 114 years of Scottish Cup torment and claim the Holy Grail.

The classy midfielder hopes another trip to Gorgie will prove the catalyst for retaining the trophy.

The Hibees’ quest for the cup looked destined to end in disappointment again last February when Hearts raced into a 2-0 lead in their fifth-round clash, only for a looping Jason Cummings header and a 92nd-minute Paul Hanlon leveller to take the tie back to Easter Road. 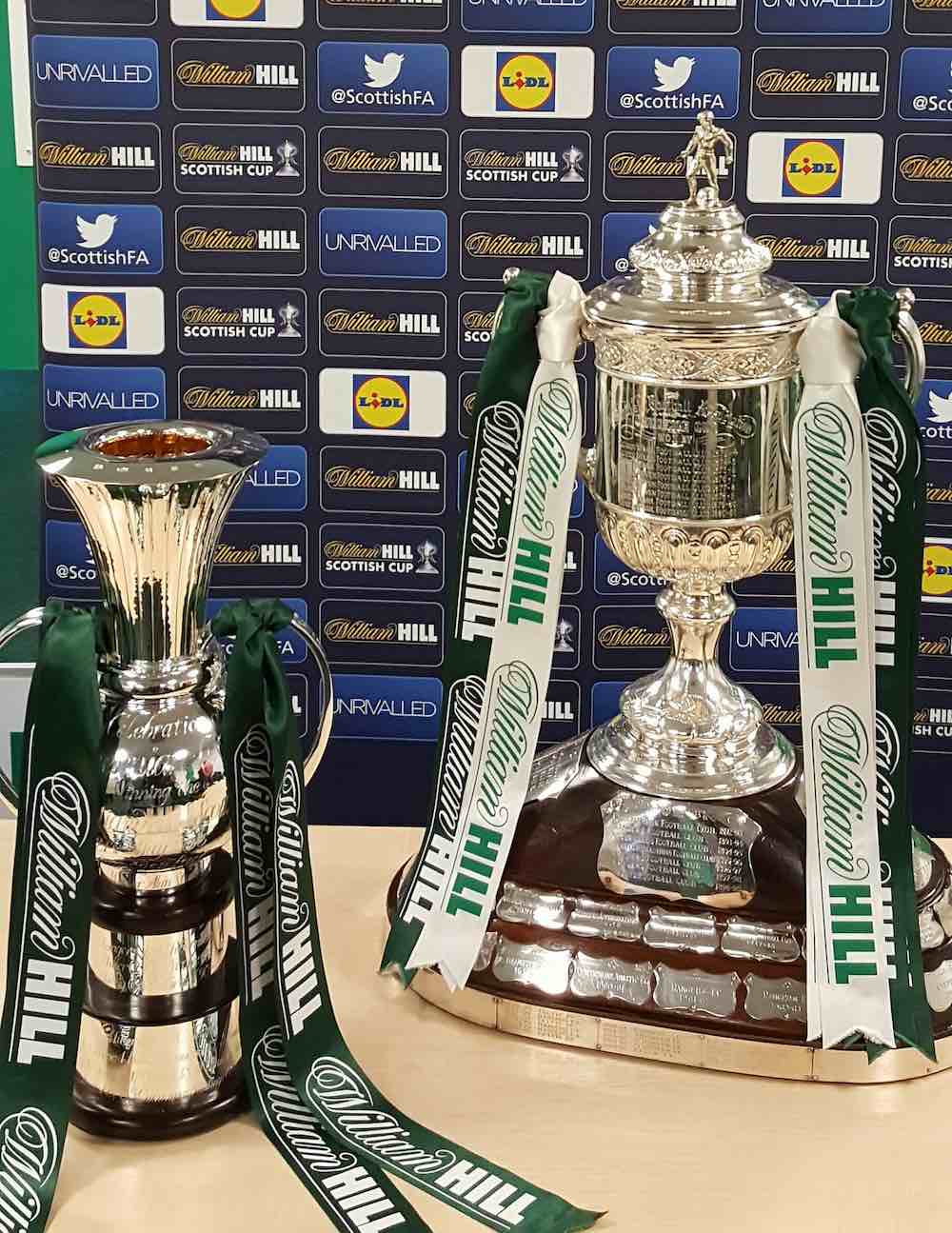 Alan Stubbs’ side dumped the Jambos 1-0 in Leith before going on to defeat Inverness, Dundee United and Rangers to secure their first Scottish Cup triumph since 1902.

After insisting that stirring comeback against Hearts kick-started their campaign, Fyvie will feel right at home when they begin their defence of the competition against Bonnyrigg Rose at the same venue.

“I think that result against Hearts was definitely the moment that kicked us on,” reflected Fyvie, who also boasts an FA Cup winners’ medal from his time at Wigan Athletic.

“That game at Tynecastle gave the squad a real belief and togetherness, in terms of the resilience and determination we showed to go to the death and take the tie back to Easter Road.

“Tynecastle is a great place to play football with some nice memories, so we can only enjoy going there. It’s a good place for both teams to play. It’ll be a good occasion and we want to go through.

“I don’t see why we can’t retain the trophy. We won it last year, so hopefully we can kick on again this year.

“As the manager has said, it’s our cup to lose, so we’d obviously like to retain. It’s a privilege to win a cup but the competition starts all over again so we’ve just got to look at the Bonnyrigg game as another one we want to win.”

Fyvie admits the enormity of Hibs’ achievement last May only sunk in when he saw 150,000 lining the streets of Edinburgh for the victory parade and heard the emotional stories of supporters lapping up the triumph with generations of their family.

He recalled: “Looking up Leith Walk off the open-top bus and not being able to see a bit of street – it was just people everywhere. It was fantastic; unbelievable.

“I didn’t expect scenes like that. I couldn’t believe how many fans turned up and what they were saying to us. People were thanking us because it obviously meant so much to so many.

“Generations of people had passed without seeing us win the cup, so it clearly meant a lot to people that they were able to say ‘they were there’. It was crazy. Even now, Hibs fans are still absolutely delighted with it.

“As a club we’re thriving off the success we had last year. For the players and fans, it’s given everyone the belief that we can kick on and win more cups and hopefully get promotions. As footballers, you want to be remembered by winning things.”

And he has no attention of allowing their Scottish Cup reign to end in ignominy, knowing an encounter against Junior outfit Bonnyrigg Rose possesses the capacity for an almighty giant-killing.

Fyvie added: “I’m sure they’ll be on their best form. They’ll be underdogs but we’ve looked at them this week, as we do with every team we play. We’ve prepared the same way we always do. We won’t be taking Bonnyrigg lightly.”