‘Hearts have to win, it’s as simple as that’ insists Raith Rovers keeper Kevin Cuthbert ahead of Scottish Cup replay

KEVIN Cuthbert insists Hearts simply ‘have’ to win Wednesday night’s Scottish Cup replay – but is determined Raith Rovers will be the ones celebrating victory.

The Stark’s Park keeper was rarely troubled in Sunday’s 1-1 draw with the Premiership side but is expecting a busier outing in the return match at Tynecastle.

The winners will be rewarded with a home clash against Hibs in the fifth round and Cuthbert believes that is one of just three reasons why the Jambos and head coach Ian Cathro are facing a must-win tie. 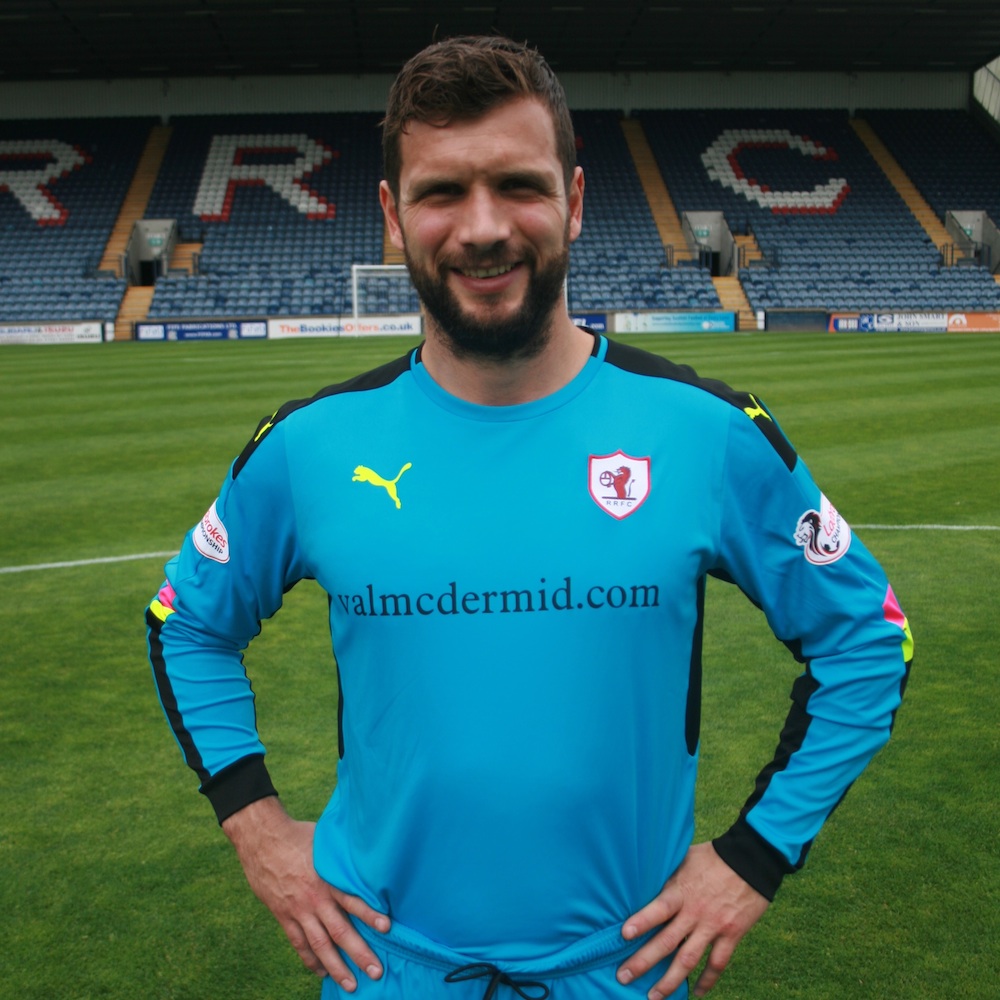 Asked if the pressure would be on Hearts, the experienced 34-year-old said: “Yes, absolutely.

“We can go there with the prospect of getting a big tie in the next round, which we had when we played Hibs last year, and it was a big game.

“But the pressure is all on them.

“We’re going to go there and try to do what we did on Sunday. If we can do that and give a good account of ourselves then great.

“But I think Hearts have to win because they’re at home.

“I think they have to win because we’re in the Championship.

“And I think they have to win because they would play Hibs in the next round.”

Cuthbert’s impressive cup pedigree has seen him progress to five semi-finals in a career that has taken him from St Johnstone to Raith via Morton, Ayr United and Hamilton.

It was Accies who gave him his most memorable moment – the play-off win against Hibs in 2014 when he saved from Jason Cummings and Kevin Thomson in a nerve-shredding penalty shoot-out to earn Hamilton promotion to the top-flight.

And he insists if tonight’s tie goes all the way to spot-kicks he will have every confidence he can help pull off another shock in the capital.

He added: “I’ve got a decent record on penalties – five wins and no losses. It’s one of those situations where, touch wood, I’ve not lost.

“I won two with St Johnstone, one for Ayr, one for Hamilton and one for Raith. So, I’m five out of five.

“If it does go to penalties I’ll be confident that I’ll be able to produce something.

“The best moment of my career was a penalty shoot-out, against Hibs in the play-offs.

“If we can somehow get there I’d take my chances.

“In general, if it gets to that stage, it’s a lottery and anything can happen, but I’d look forward to it.”