Hearts in talks with Anorthosis Famagusta over Esmael Goncalves deal, while Faycal Rherras & Arnaud Djoum are ruled out of Celtic clash

Anorthosis chairman Andreas Pantelis has claimed that the Jambos have seen two offers for the Portuguese marksman rejected, with their most recent effort thought to have been in the region of £125,000.

However, the Cypriot outfit are thought be holding out for around £250,000 and Pantelis stated: “The first proposal was last week, but the price was too low so they came back with a better proposal, but this was also not satisfactory. 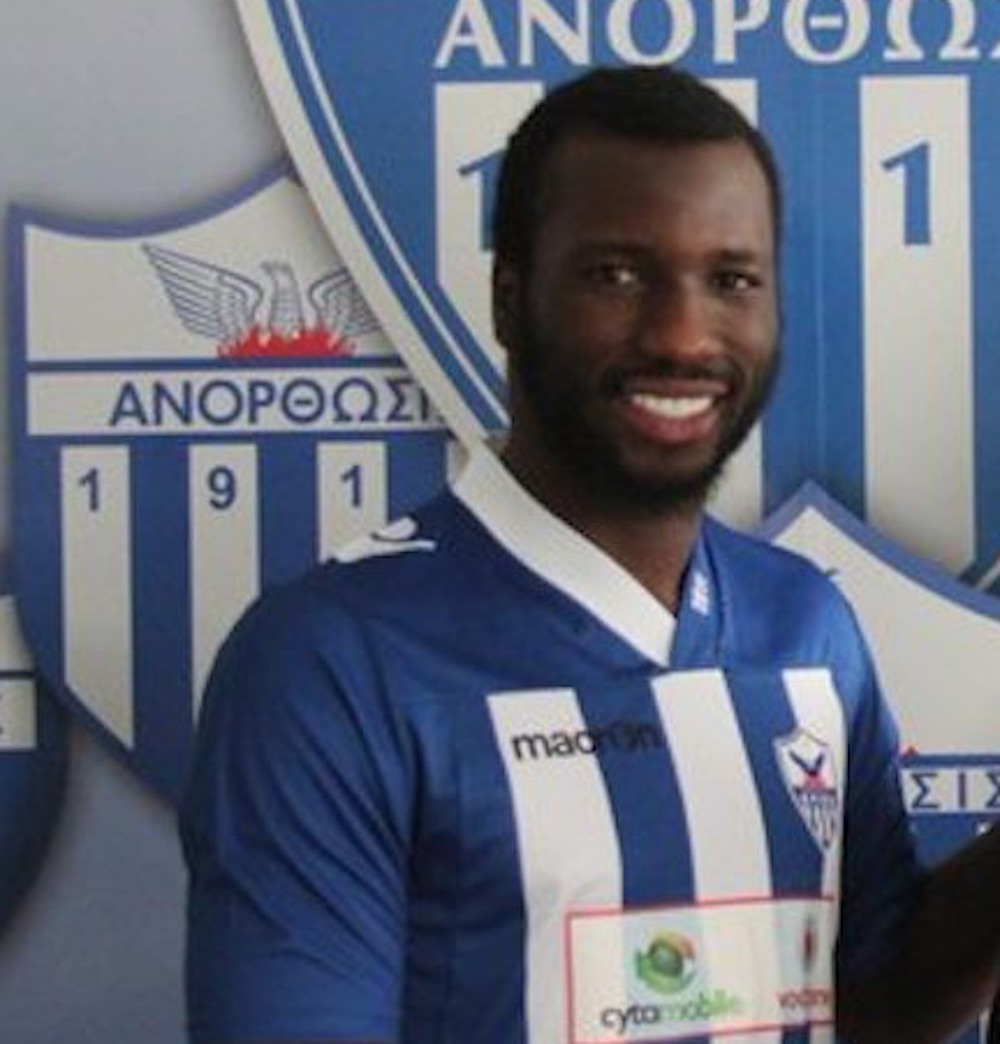 “They seem to be prepared to negotiate but we haven’t come to a decision yet. We don’t know yet what they will finally decide.”

Goncalves is contracted to Anorthosis until the summer of 2018 and the Cypriot side remain adamant that he will only leave for the right price and providing they can secure a replacement.

That was underlined when the 25-year-old was selected for Wednesday’s Cypriot Cup tie against ASIL Lysi – with Goncalves belying the uncertainty regarding his future to score in a 5-0 triumph.

Despite receiving undisclosed sums for the sales of Robbie Muirhead to MK Dons and Igor Rossi to Al Faisaly, Hearts would be loathe to pay a quarter of a million pounds for the player.

Nevertheless, they are fully expected to test Anorthosis’ resolve again before the closure of the transfer window.

Goncalves has previously worked with the Jambos’ management team, having played for Rio Ave when Cathro was the assistant boss. He then joined St Mirren on loan in 2013, where current Hearts number two Austin MacPhee was on the coaching staff.

That six-month stint with the Buddies ensured he would remain a firm favourite in Paisley, helping them defeat Celtic in the League Cup semi-final on his debut before going on to score in the final as they lifted the trophy by defeating, ironically, Hearts.

As well as starring for Rio Ave, Goncalves has turned out for Nice, APOEL Nicosia and Ettifaq FC, and has scored seven goals in Cypriot football this term.

Speaking about his relationship with Gonclaves when he was unveiled as the Jambos’ number two, MacPhee recalled: “I phoned Ian [Cathro] about players in general. He spoke of Esma and said he had someone who was really talented – but said ‘you will need to breathalyse him at training’.

“Ian said he was the biggest party animal and had been frozen out of their squad. He said I knew I liked a challenge and this would really take my man management to the next level.

“Esma arrived on the Wednesday – I picked him up and he didn’t smell of booze! I took him into training the next morning on the Thursday and he was unbelievable, to the extent that the other players were like ‘Austin, why is he here?’”

The Hearts management duo will hope to once again channel that raw talent positively as they look to spark a surge for a Europa League berth.

Meanwhile, Hearts will be without two of their key players when they face Celtic in Sunday’s mouth-watering Premiership clash.

Faycal Rherras has joined Arnaud Djoum in the quarter-final of the Africa Cup of Nations after Morocco secured a shock 1-0 win over holders Ivory Coast to qualify from Group C.

Like his Cameroonian counter-part Djoum, Rherras is yet to feature in the tournament after being a late call-up to Herve Renard’s squad.

Nevertheless, Morocco’s success means the Jambos left-back will now turn his focus to a clash in the last eight on Sunday, while Djoum faces Senegal on Saturday.

Should Morocco and Cameroon reach the semi-final stage, the duo would also miss Wednesday’s crunch home encounter against Rangers.

Hearts striker warns team-mates they are playing for their future