Scotland Under-21 cap Ryan Gauld looks set to complete a loan move to Chaves from Sporting Lisbon in the next 48 hours after being left in limbo for over three weeks.

The former Dundee United midfielder got caught up in a row when his parent club cut short his season-long deal with deal with Vitoria Setubal after Sporting were knocked out of the Portuguese League Cup by Gauld’s loan team on January 4.

Sporting are keen to farm the 21-year-old out to fellow top-flight side Chaves for the remainder of the campaign but Vitoria president Fernando Oliveira had refused to sign Gauld’s release papers. 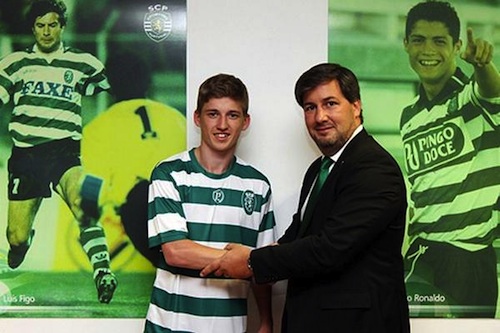 However, the Portuguese FA are now said to have intervened in the matter and Gauld and fellow Sporting team-mate André Geraldes are expected to complete their moves to the Ricardo Soares’ side in the coming days.

Gauld, who made the move to Portugal from Tanandice in a £3 million transfer in summer 2014, has already been handed the squad number 21 at eighth-placed Chaves.

Sporting president Bruno de Carvalho said: “What the players want is to play for Chaves but we are waiting, like normal people, for Vitoria Setubal to finally get a pen and sign the boys’ termination contract.

“We want the players to play with Chaves.”