NICKI PATERSON only needs to glance at his staggering array of career memorabilia to justify his decision to swap Lanarkshire for Las Vegas more than a decade ago. 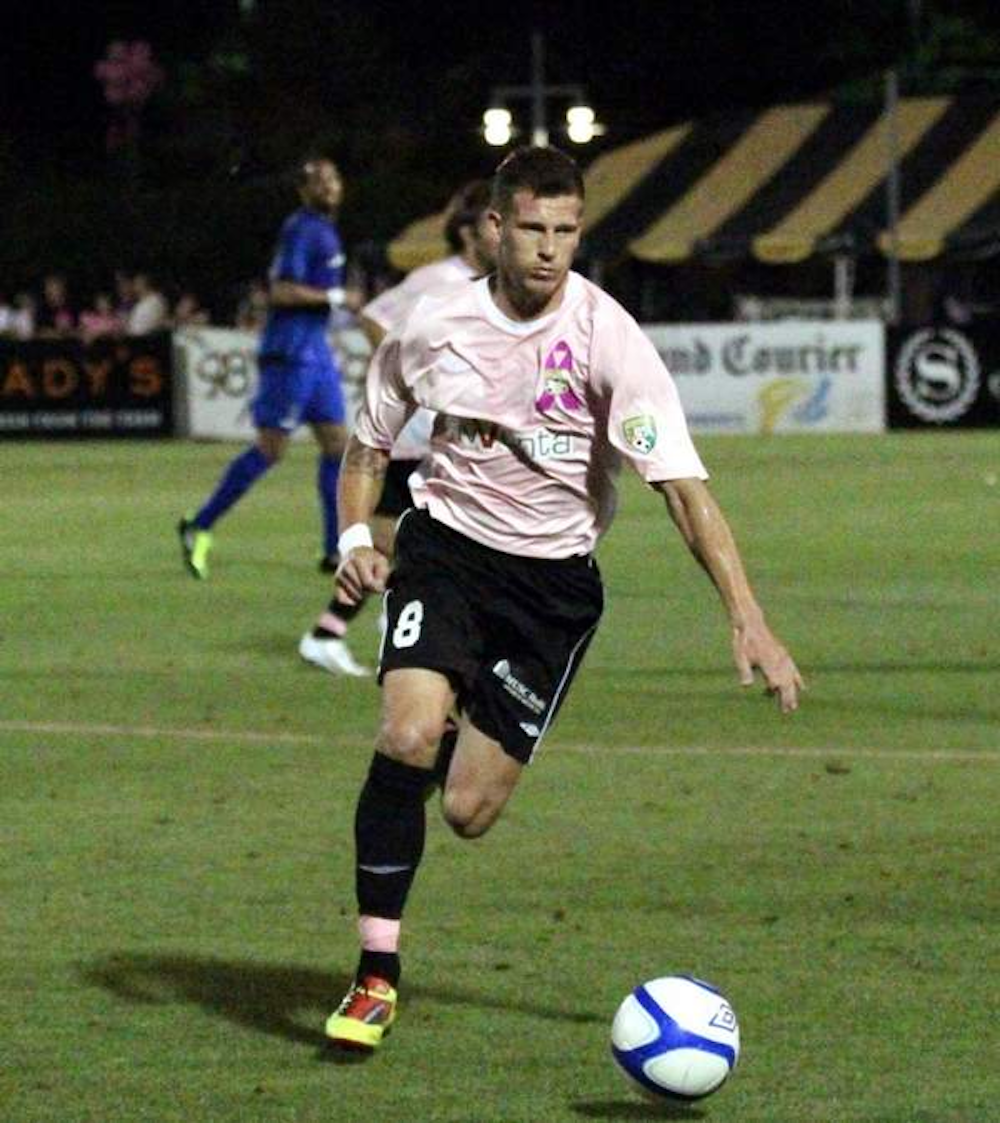 Paterson returned to Scottish football earlier this month – turning down offers to stay in the U.S. – and has already made a positive impact, scoring the goal which sent the Fifers into the last 16 of the Scottish Cup last weekend.

The 32-year-old is ready to settle down in his homeland again with wife, Cheryl, and son, Leo. But he will never forget the experiences and learning curves of his time across the pond.

He said: “When I was at Hamilton I was offered a scholarship at the University of Nevada in Las Vegas, which was a fantastic opportunity and I’ve never regretted it.

“People might just think about the partying and the gambling when you mention Las Vegas, but I found it a great place to live and play my football. I didn’t spend much time on the strip!

“It was a fantastic springboard and the beginning of a great journey. I’ve got some brilliant memories from my time in North America and have played against some incredible players.

“I can look back on going up against Raul, which is a decent challenge. Marcos Senna, as well – a guy who won the European Championship with Spain. I played with Rafael Marquez, who is a legend in Mexico.

“I remember there was always a bit of a scramble when you come up against these guys for the shirts at the end of the game. I actually came out on top more often than not, so I’ve got a decent collection from games and former teammates. Raul, Tim Cahill and Samaras isn’t too bad!

“These are experiences I would never have got if I had stayed in Scotland.”

However, Paterson insists French hero Thierry Henry stands out in the pantheon of superstars he encountered, describing the former Arsenal and Barcelona striker as “the most knowledgeable man I’ve ever met”.

The duo worked together when Paterson was on trial with New York Red Bull in 2012.

Indeed, they would have officially been teammates, but for a change of management. Boss Hans Bakke left the club and, having been on the verge of a contract offer, they decided to snap up former Paris-Saint Germain striker Peguy Luyindula instead.

But, far from being bitter, Paterson look back on his time alongside Henry, Marquez and Cahill with fondness.

He lauded: “Because you were only allowed to sign a certain amount of foreign players, that group often mixed together and Thierry was absolutely brilliant with me.

“He was always showing me things and working with the boys. Some of the ‘superstars’ that go over to the U.S. keep themselves to themselves, but he was fantastic.

“He is the most knowledgeable man I’ve ever met when it comes to football. He could tell you a team line-up from 1984! He just consumes every bit of football he can. It was incredible.

“I always thought he would go on to be a coach, with that knowledge, so it’s no surprise to see him doing well with Belgium.”

Paterson is adamant he has returned to these shores a far more complete player after rubbing shoulders with some greats of the game and becoming one of the most consistent midfielders in the North American Soccer League (NASL).

He has penned a deal with the Methil men until the end of the season but still harbours aspirations to play full-time football in Scotland.

Ahead of the visit of Stranraer today, he added: “I still feel like I’ve got plenty to give. I’m 32 but I’ve been pro for years in America and looked after myself.

“I feel like I’ve learned a lot from my time over there, and come back to Scotland a far better player, so it’s up to me to get my head down, work hard for East Fife and who knows what the future will hold.”