Hearts defender Aaron Hughes has played at some of the most iconic football arenas on the planet – but insists a trip to Celtic Park at the age of 37 still gives him goosebumps.

Hughes is a veteran of matches at venues such as the Nou Camp, Old Trafford, Anfield and the Emirates from his days at Newcastle United, Aston Villa and Fulham.

And the 103-times capped international also has the honour of representing Northern Ireland at last summer’s Euro 2016 finals in France. 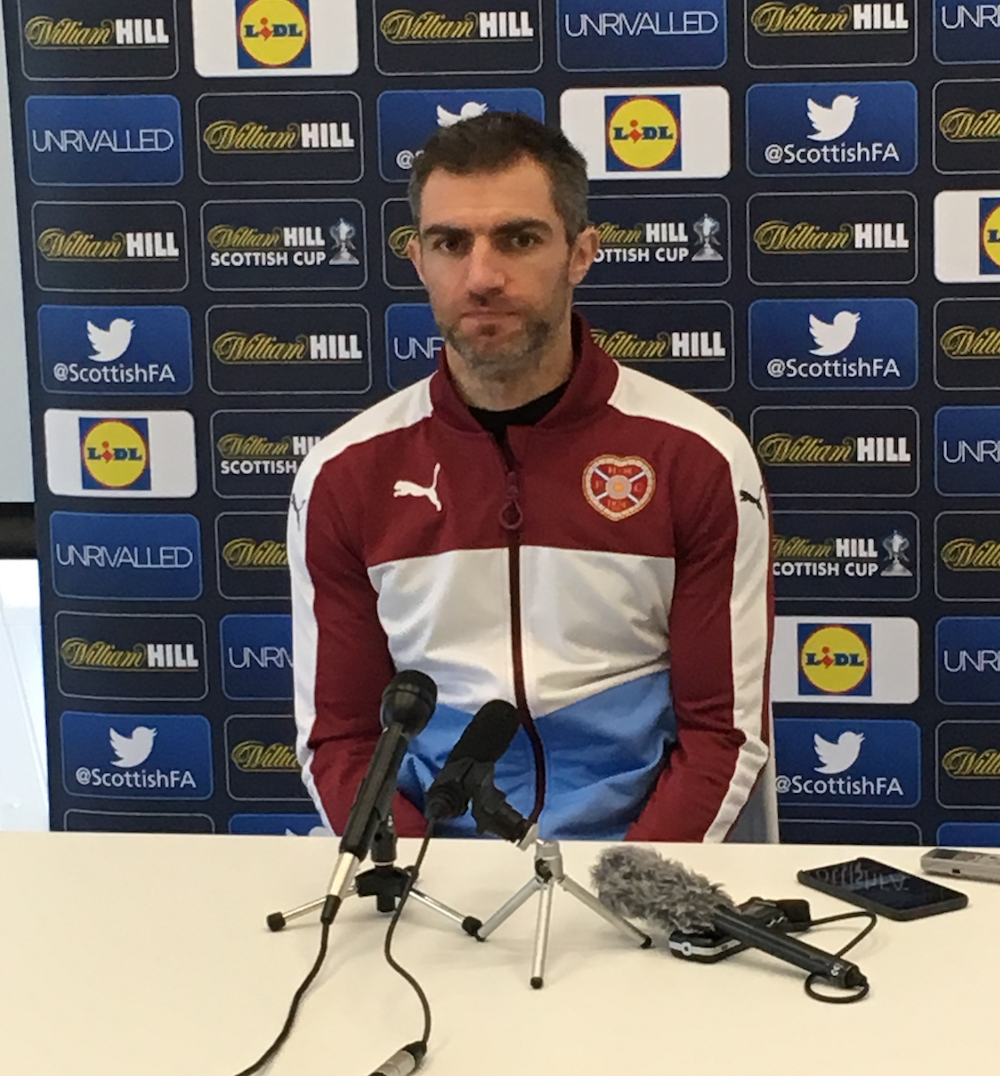 But the centre-half admits this afternoon’s televised encounter in front of 60,000 supporters is just as exciting.

He said: “I still get the buzz going to places like Celtic Park, of course. It would be hard not to, with the sense of occasion and the atmosphere and playing in a big stadium.

“It is something I think every player looks forward to, regardless of where you have been in the game, what you’ve done and what stage your career is at.

“At my age and the stage I’m at in my career, hopefully I can enjoy the experience because sometimes with all the pressure, the excitement and the nature of the game, you don’t actually get the chance to enjoy being there.

“For me, I think I will enjoy it a little bit more than maybe I did when I was younger.

“I know that there may not be too many games like this left so I will try to enjoy it while I’m there.

“I guess it will be nice to go there and maybe during the warm-up have a quick look around and then I will get my mind back on the game.

“I’ve been to Celtic before but just for a pre season friendly years ago with Newcastle.

“Even back then, in a friendly, the atmosphere was fantastic.”

Hughes admits he is relishing the challenge of trying to stop the Celtic juggernaut after the Hoops equalled Jock Stein’s 26-game unbeaten run with the Lisbon Lions when they overcame St Johnstone on Wednesday evening.

At the other end of the M8 that night, Hearts needed extra-time to finally see off Raith Rovers in a Scottish Cup fourth round win but the defender plans to confront the task head on.

He added: “I will look forward to the challenge of it. That’s what I mean when I say I will try to enjoy it.

“I mean I will try to enjoy the challenge rather than being a little bit daunted going there or feeling worried.

“I am passed the stage of getting worried. It is something I want to look forward to and enjoy the challenge, come what may.

“I want to be able to look back on it afterwards and know that we had a real good go. How the game turns out, that’s how it turns out.”