Crew fear the scenes of drug abuse in the film are so “honest” they could trigger former users to resume the habit.

They have set up stalls outside the Cameo cinema in Edinburgh, close to the drug den flat of “Mother Superior” – the heroin dealer from the original movie.

Set 20 years after the first movie, T2 Trainspotting shows several of the original cast still struggling with drug use in often harrowing scenes.

Emma Crawshaw, Chief Executive Officer at Crew, said: “I see T2 as an honest, compassionate portrayal of people struggling with drug use. Any movie depicting drug use could potentially be triggering.

“We approached the Cameo Cinema about having information stalls at the first three days of showings in order to offer cinema goers information on where anyone can access help to address substance use.

“We anticipated that the film might prompt people to think about drug use, whether their own or another person’s, so we wanted to make sure that they could find out more about treatment and recovery opportunities.

“People in recovery go through a range of stages, with many different protective and vulnerability factors influencing their outcome.”

In T2 Trainspotting, Daniel “Spud” Murphy, played by Ewen Bremner, is still a heroin user, after splitting from his partner and losing custody of his child.

In another scene, Renton, played by Ewan McGregor, and “Sick Boy”, played by Jonny Lee Miller, can be seen using the drug after an emotional chat about their friend Tommy, who dies after becoming infected with HIV in the first film.

Asked if the portrayal could trigger a relapse in former users, Sam Anderson, director of The Junction charity in Leith, for which Irvine Welsh is a patron, said: “Some people could go one way, other may go another.

“I think we have to recognise that the movie covers difficult issues. It’s funny, and its coverage of drug use is very sensitively handled, but it could affect folk differently.

“I think the film is a fair reflection of drug use in Scotland. Cocaine use, and particularly the combination of cocaine and alcohol is seen quite commonly.”

Speaking about the scene when Renton and Williamson relapse, Anderson added: “I think that scene recognises that if there’s underlying issues, as there are with regards to Tommy, there can be a fallback.”

The T2 Trainspotting movie has already been a huge success across the UK, returning £5 million in its first three days at the box office.

Ticket sales in Scotland accounted for a quarter of the total haul.

It also recorded the third biggest Fri-Sun opening of all time for an 18-rated film, behind only Fifty Shades Of Grey and Hannibal. 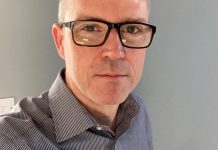 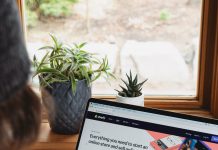 How can you migrate from Woocommerce to Shopify? 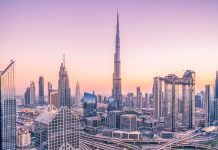 Relocating From UK to the UAE – What You Should Know