A BRONZE model sculpture of the famous Ford which scaled Britain’s highest mountain has been given the go-ahead.

The iconic Ford Model T which drove up Ben Nevis in 1911 will be remembered with a full-size bronze replica later this year.

Located in the centre of Fort William, a few miles from the mountain, the life-size bronze statue will have a budget of £89,000 and the “timescale would run from end of May to December 2017.”

The hardy 1911 team, lead Henry Alexander Jr, the son of Scotland’s first Ford dealer, climbed the 4,409ft (1344 metres) peak and drove across some of the most rugged terrain in the UK. 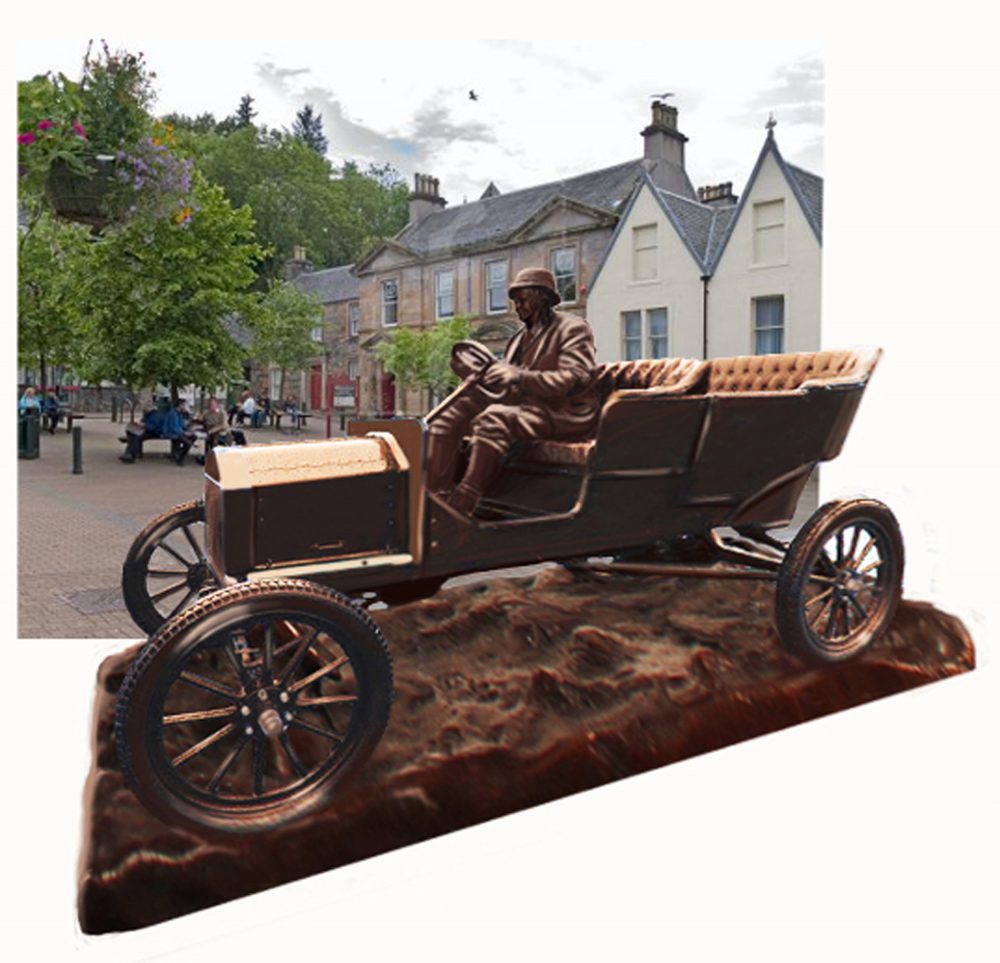 The venture was used as a publicity stunt to show the mass produced American car was superior to hand-crafted British ones.

The event will now be permenantly commemorated by the sculpture which will also feature a “life size figure of Henry Alexander at the wheel” and allow access “photo opportunities.”

In 2011, a crew of 60 volunteers carried a “collapsible” replica of the Model T up and down the mountain, assembling the car at the summit and dismantling it for the descent.

The Ben Nevis Bronze Ford Committee had been attempting to raise £86,000 to pay for the bronze statue and according to their website they had raised around £45,000 by January last year. 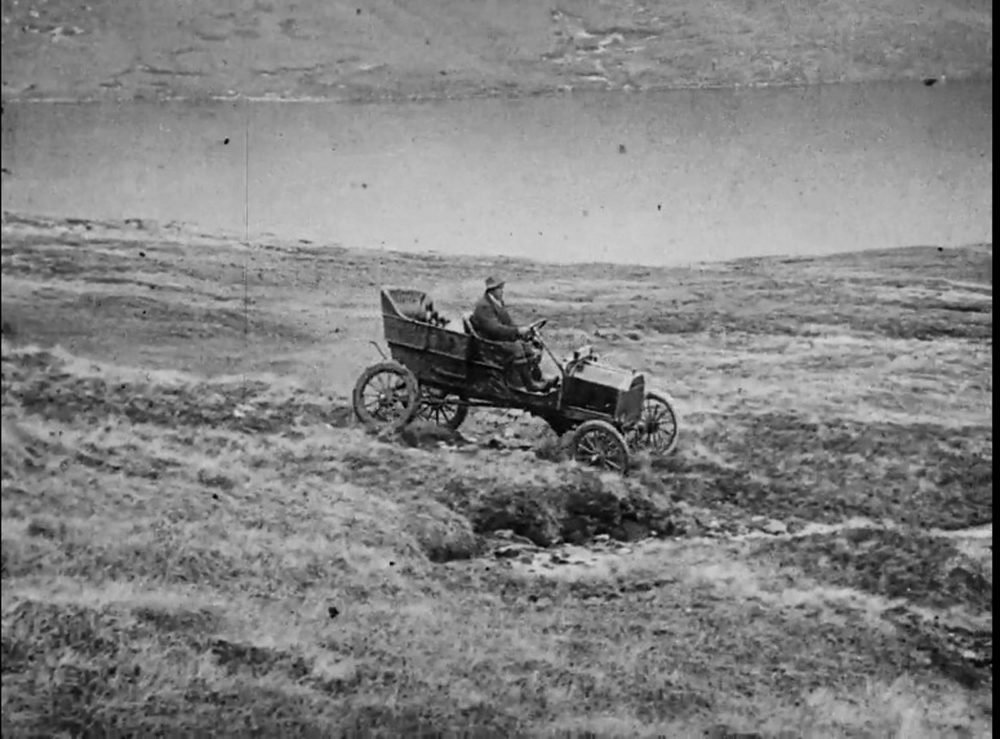 The group also created a mock up of the Model T which will be placed in Cameron Square.

The contract posted by the Highland Council read: “The sculpture will incorporate a recognisable, life size figure of Henry Alexander at the wheel, and access should be available to enable public interaction and photo opportunities.

“The parts of the ‘collapsible’ car taken up Ben Nevis in 2011 are will be available to be used as templates for casting of the Bronze.”

However, it added: “It is recognised that while the sculpture is to be as authentic as possible, some element of adaption may be required to ensure its robustness and safety in terms of public interaction, maintenance and longevity. 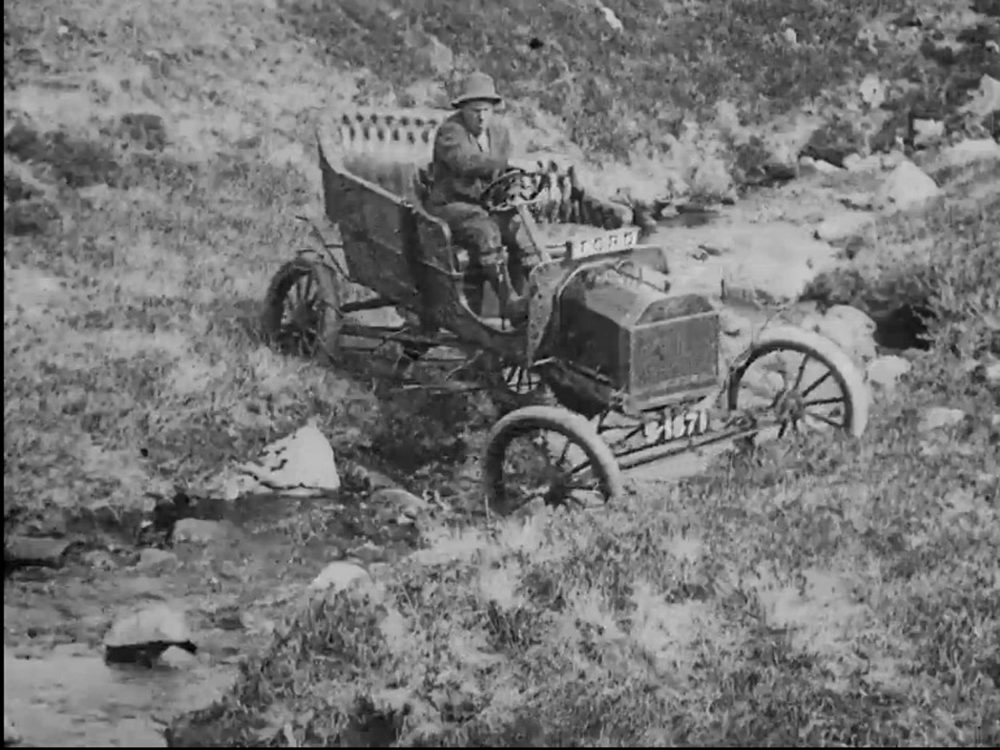 “There is an available budget of up to £89K for the contract, and the timescale would run from end of May to December 2017.”

Rare footage was recently released showing the 1911 journey showing dynamite being used to destroy peat bogs, making the road a bit smoother for the Model T.

The amazing black-and-white film shows Edinburgh motorist Mr Alexander Jr. and his team during the week-long expedition in May.

The five-minute video, hosted on the British Film Institute’s website, shows Mr Alexander,driving the Model T through snow and rivers, cheered on by a gang of men in tweeds. 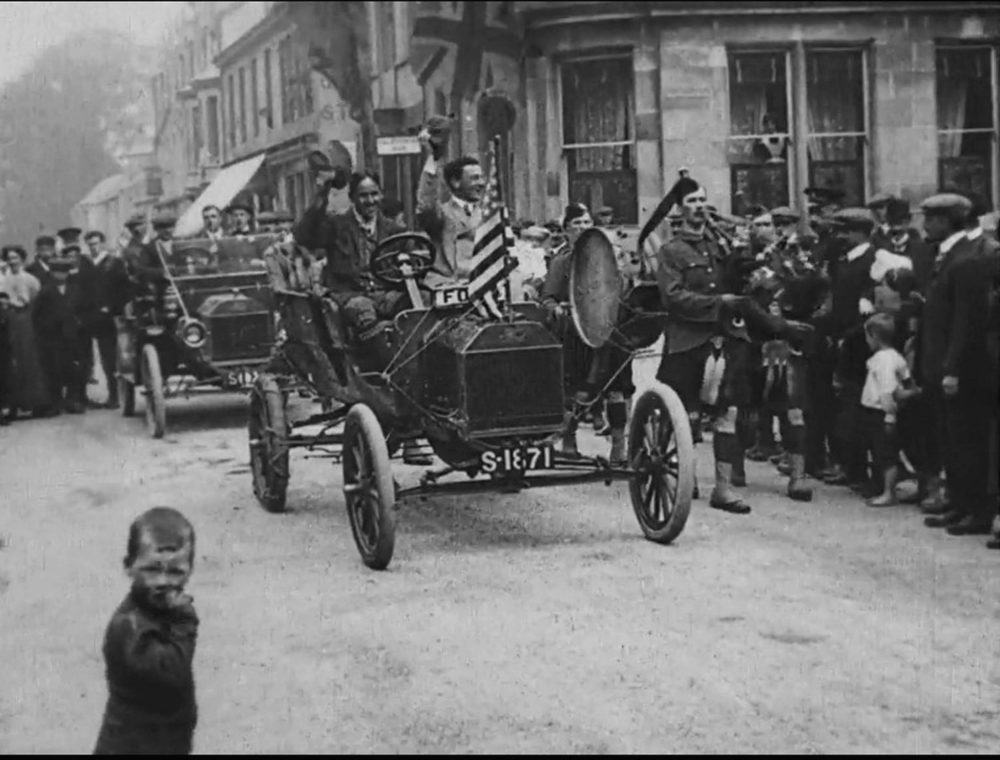 The vehicle frequently got stuck in boggy ground and had to be pulled out using horses. Before the trip even got under way, workers spent six weeks laying a timber path.

Most remarkable of all is the Top Gear moment when men are seen poking dynamite into a peat bank using a walking stick, before blowing it to smithereens.

The film finishes with Mr Alexander triumphantly waving his cap to crowds as he enjoys a hero’s welcome.

A spokesman for the BFI said: “As publicity stunts go, this takes some beating.

“The idea was to show that this affordable assembly-line car could more than match the hand-crafted British models.”

“It’s a very dramatic film and it just shows the lengths people would go to in those days for product placement.

“Even 104 years later, it’s still a very impressive feat. It would have been shown widely in cinemas as part of a wider programme.”