Hearts head coach Ian Cathro watched Emsael Goncavles ruffle up Rangers and insists there is a lot more to come from the striker.

The former St Mirren marksman was handed an immediate debut in Wednesday’s 4-1 thrashing of Rangers and Goncalves’ performance set the tone for a memorable night as the visitors struggled to deal with his pace, power and aggression in attack.

The Tynecastle outfit shelled out £170,000 to sign the 25-year-old from Cypriot outfit Anorthosis Famagusta on Monday as Cathro made a total of nine January signings. 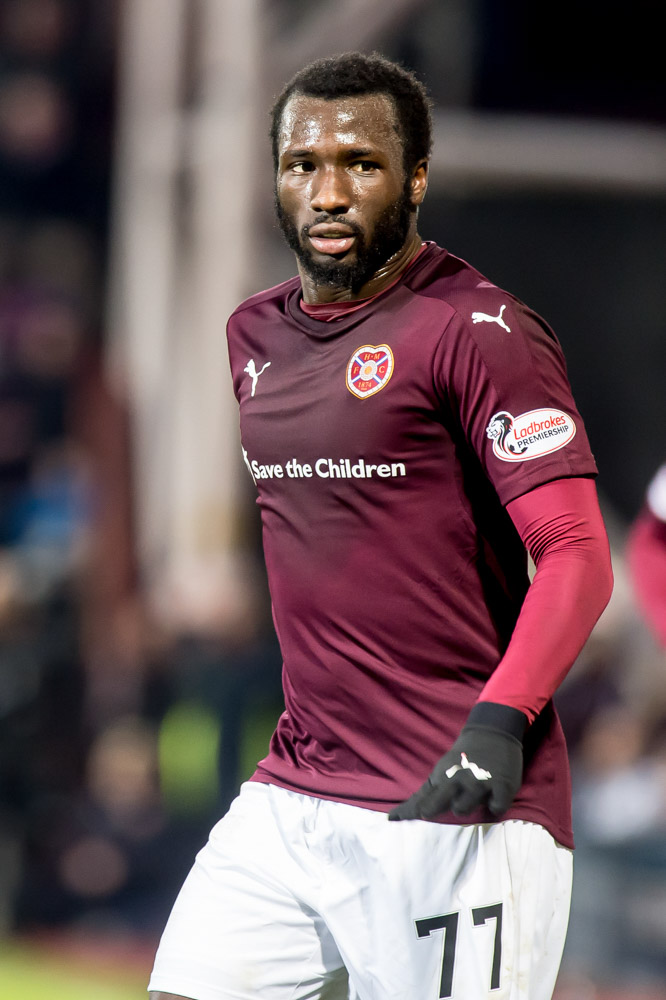 Even though the Portuguese did not get on the score sheet against Rangers, Cathro, who worked with the player at Rio Ave, insists he expects Goncalves to wreak havoc in the Premiership.

He said: “He is a different profile of player that we wanted to be able to add and he’ll get more comfortable, build relationships, understand how different players move and how different passes go. He’ll improve quite quickly with time I think.

“He offers that tenacity and press, he attacks directly. He doesn’t wait around, he goes and makes his actions and that was something we wanted to have as an option in the squad. It was nice for him to play.”

Of the January recruits, only Dylan Bikey and Moha El Ouriachi Choulay did not feature and former Newcastle United and Valencia number two Cathro insists he is delighted with the depth of his squad ahead of Saturday’s televised lunch-time clash at Motherwell.

He added: “We now have a squad, we now have options and we have a group together so it makes dealing with two games in a week a lot easier.

“It was important that options were something that we had and that was one of the main aims of this month, to be able to bring balance into the squad, to bring options so we can be flexible in games.

“Previously it’s been difficult and been a bit light to be able to do those things.”

Cathro, meanwhile, insists the manner of the victory against Rangers is significant step in the right direction to what he is trying to achieve at Hearts.

He added: “Of course the feeling of the performance, the spirit and the fight amongst the players to go and go and go has to be part of what we are.

“In times in games that has been the case but perhaps not for the 90 minutes.

“You always have to take each game in it’s own context and it’s difficult to start wanting to compare things to that.

“We’ll look at the next game and look at how that game needs to be for us and we’ll approach that as an individual thing as well.”