A TOP Scottish university ignored requests to remove a sketch of Adolf Hitler in a toilet for seven months.

Numerous other racist comments and drawings were left on the wall of the toilet at Glasgow University.

The university – a member of the elite Russell Group – has apologised for failing to act on complaints going back as far as July last year which “got lost in the system”. 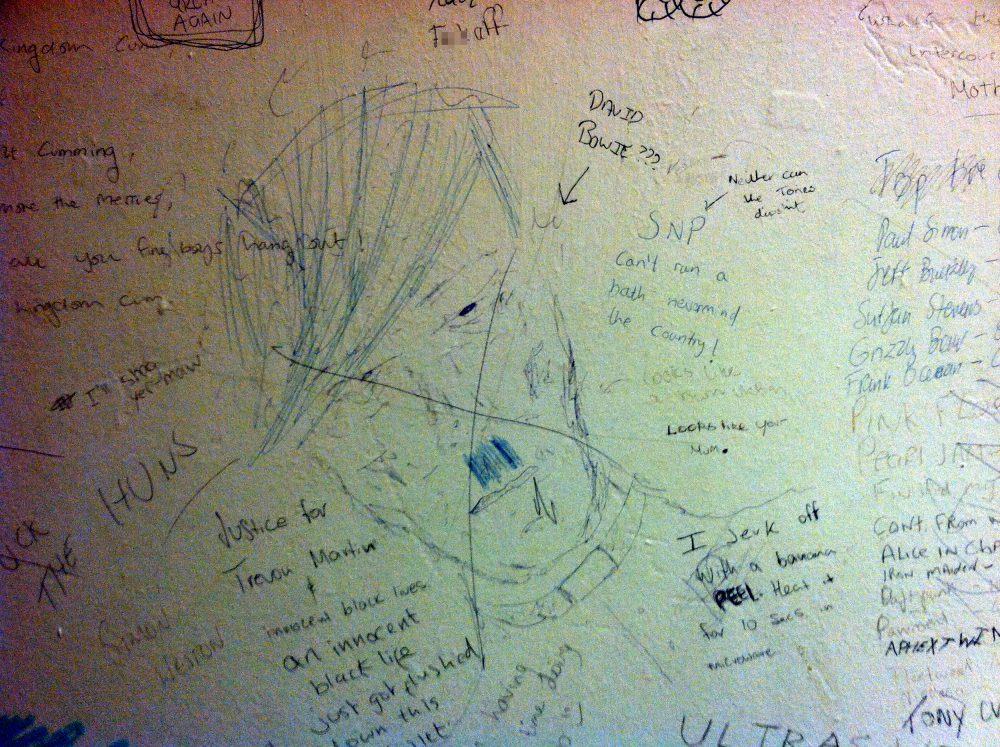 In an email to Glasgow University, dated July 5 2016, one complainant, who wishes to remain anonymous, wrote: “My request is that the graffiti in the cubicles of the male toilets on the sixth floor be painted over. The content of much of it is racist, homophobic, sexist, and/or violently sectarian.

“It has been there too long.”

Within half an hour, the sender received a response, reading: Thank you for your email bringing this to our attention. I have forwarded it to the Library Facilities department.”

A student who photographed the graffiti and asked not to be identified said: “It’s completely unacceptable at a university which claims in it does not tolerate offensive literature or graffiti on its premises. 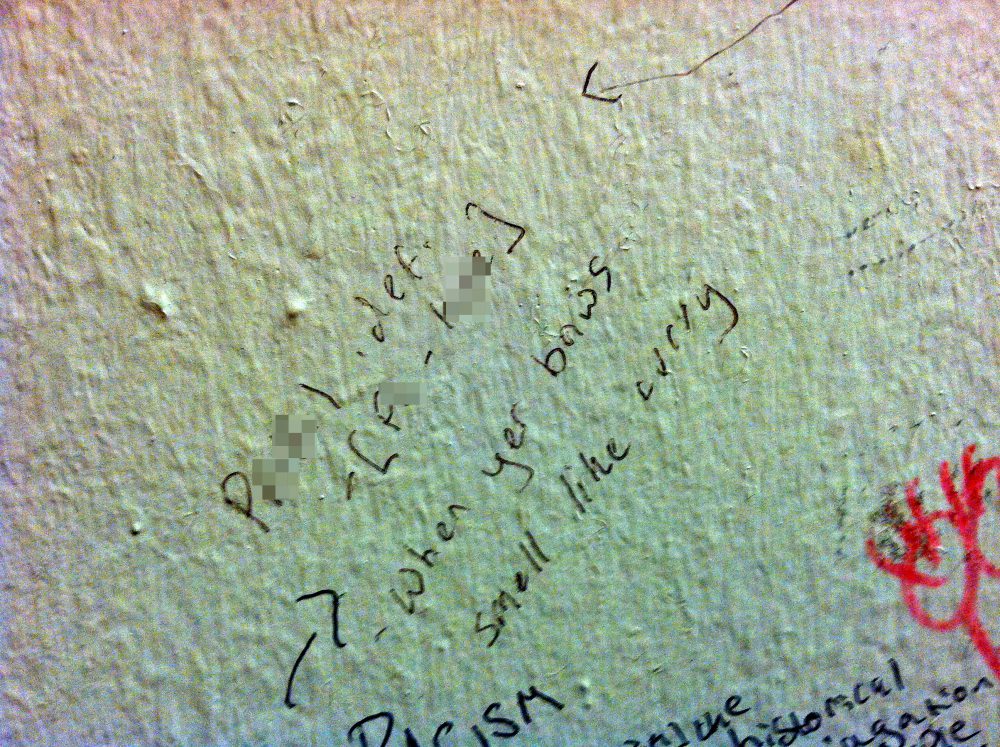 “It has allowed this racist, misogynistic, Islamophobic, anti-Semitic, and generally violent and offensive material to exist for months now in the library, of all places, and hasn’t done anything about it despite student complaints.

” It makes me feel unwelcome, and like the university doesn’t actually care about preventing discrimination, prejudice, or harassment.”

Another student, who also wished to remain anonymous, suggested the graffiti stemmed from anger at high numbers of international students.

They said: “You’ll hear things from people like the only reason the university admits students from China is because they pay higher tuition fees, so the university makes more money off them than UK or EU students. 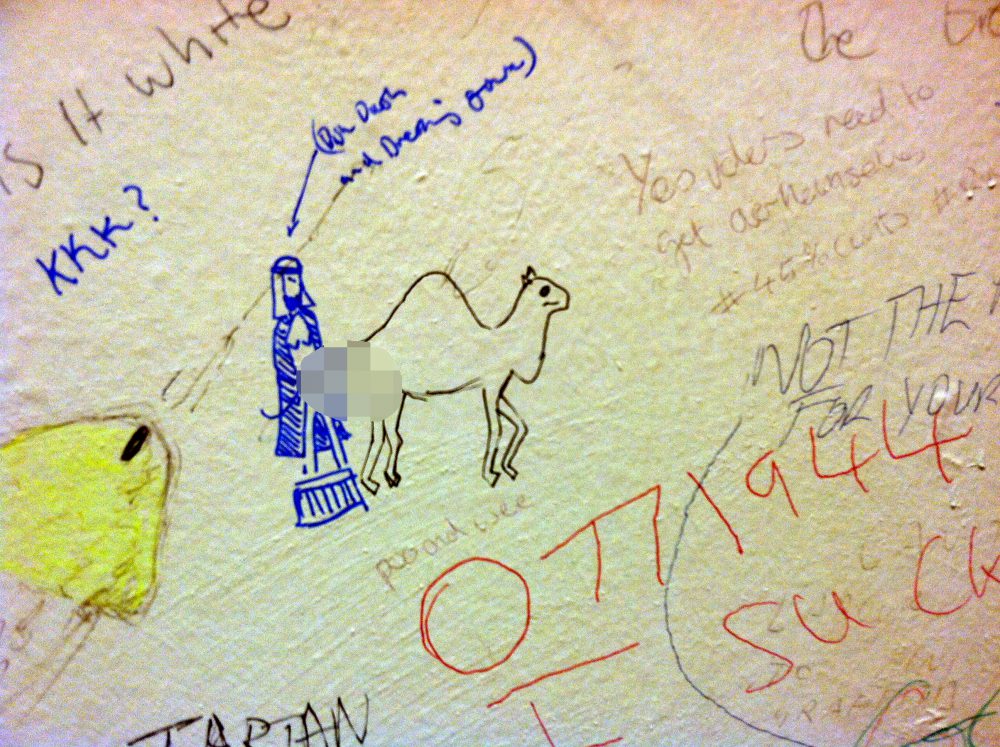 “Or that some international students “can barely speak English”, so it’s not fair they get to study here.”

A spokesman for the university said: “The University of Glasgow has a zero tolerance policy on the display of materials that are likely to cause offence and we do all that we can to remove any objectionable material.

“We are in the process of refurbishing an entire toilet block of the library, a project which has unfortunately been delayed.

“It would seem that requests to remove graffiti from a particular toilet in this area were lost in the system.

“We would like to apologise for this and give an assurance that the issue is now being dealt with.’

Frailty may be reversible for some people with rheumatoid arthritis