A TERMINALLY ill mum-of-five was left speechless after friends and family raised £5,000 for a final holiday – only for insurance firms to refuse to provide cover.

Karen Miller has been diagnosed with incurable lung cancer and on Monday she was overwhelmed to receive the money to fund a dream trip to Europe.

But the 48-year-old is devastated after numerous insurance companies flatly refused to give her cover.

The only firm prepared to quote demanded £3,500 – making the holiday itself unaffordable.
Karen, from Dunfermline, Fife, received her diagnosis in March last year after suffering back pain and losing weight. 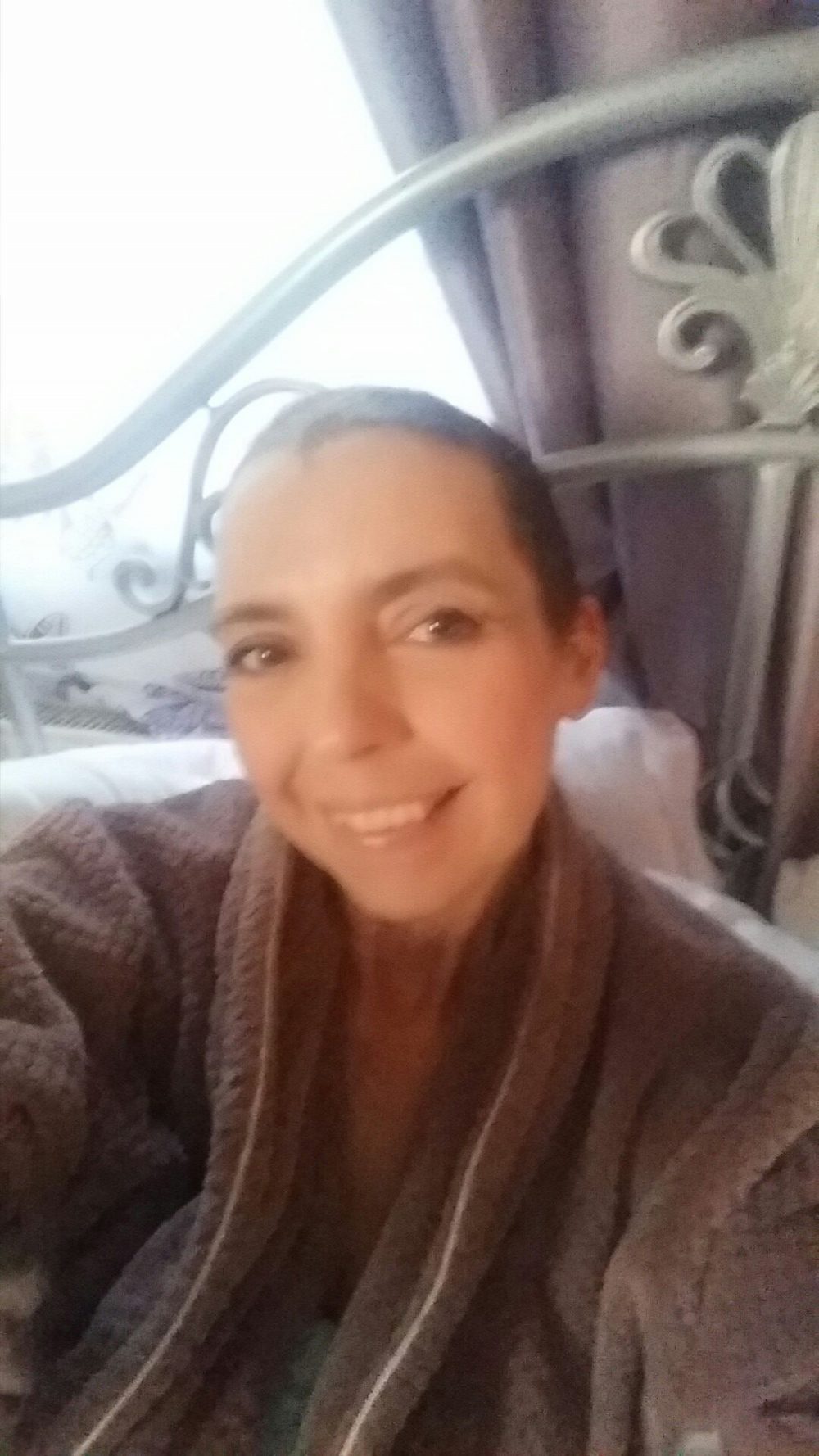 The Asda baker believed the pain was due to lifting heavy bags of flour at work but doctors found a tumour covering the entire side of her lung. The tumour is too close to her heart for surgery and doctors are trying to extend her life “for as long as possible”.

Karen is set to book a 14-day luxury trip in April to the continent, taking in Belgium, Germany, Austria and Poland.

Speaking about the insurance situation, she said: “It’s terrible, they just don’t seem to want to know. The deadline to book the holiday is today (thu) so I’m going to be frantically trying to sort something.

“I’ve lost count how many have said ‘no’ and my friend who works at the travel agent has been trying online too. 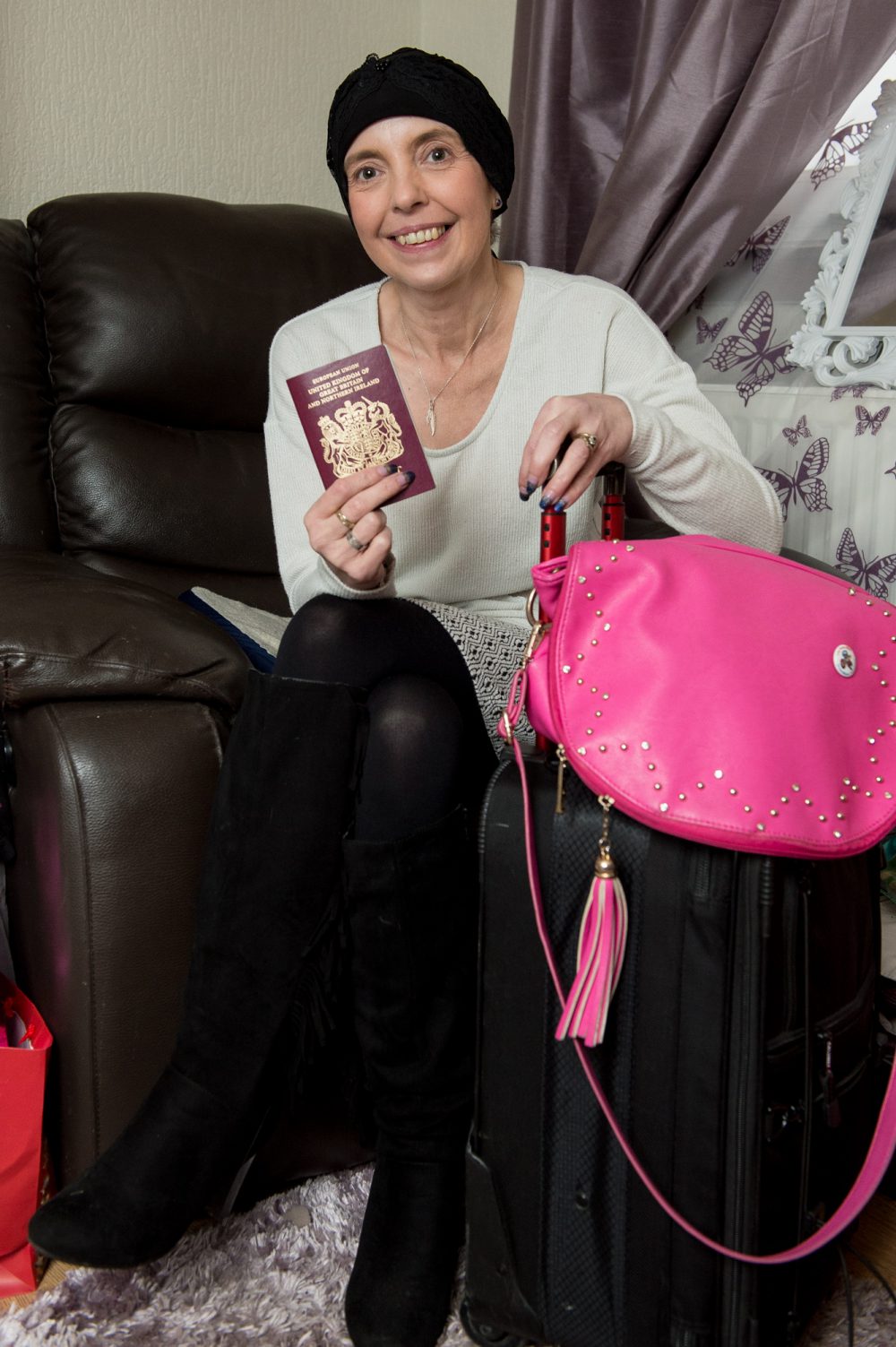 “It’s so unfair, it’s like being punished for being ill.

“The travel company has already given us an extra week so I don’t think they’ll be able to hold on to the trip much longer.

“I’ve always wanted to go round Europe, especially to Poland to visit the concentration camps at Auschwitz.

“Our other dream is Legoland because I’m a big bairn really and love all that so we were planning on going there before the trip on the 17th April because we leave from London.

“It just means everything, I will be able to make memories and if I don’t go now when will I?”

Karen broke the heartbreaking news of her diagnosis to her husband Billy, and five children, Declan, 14, Cairan, 19, Samantha, 25, Claire, 28 and Michelle, 30, as soon as she found out last year.

Her daughter Claire has already raised £1,000 in sponsorship money ahead of plans to take part in a bungee jump.

Karen said: “The kids were completely shocked. I told them right from the start.It’s not easy for any of my family but they’re trying to put on their happy faces. 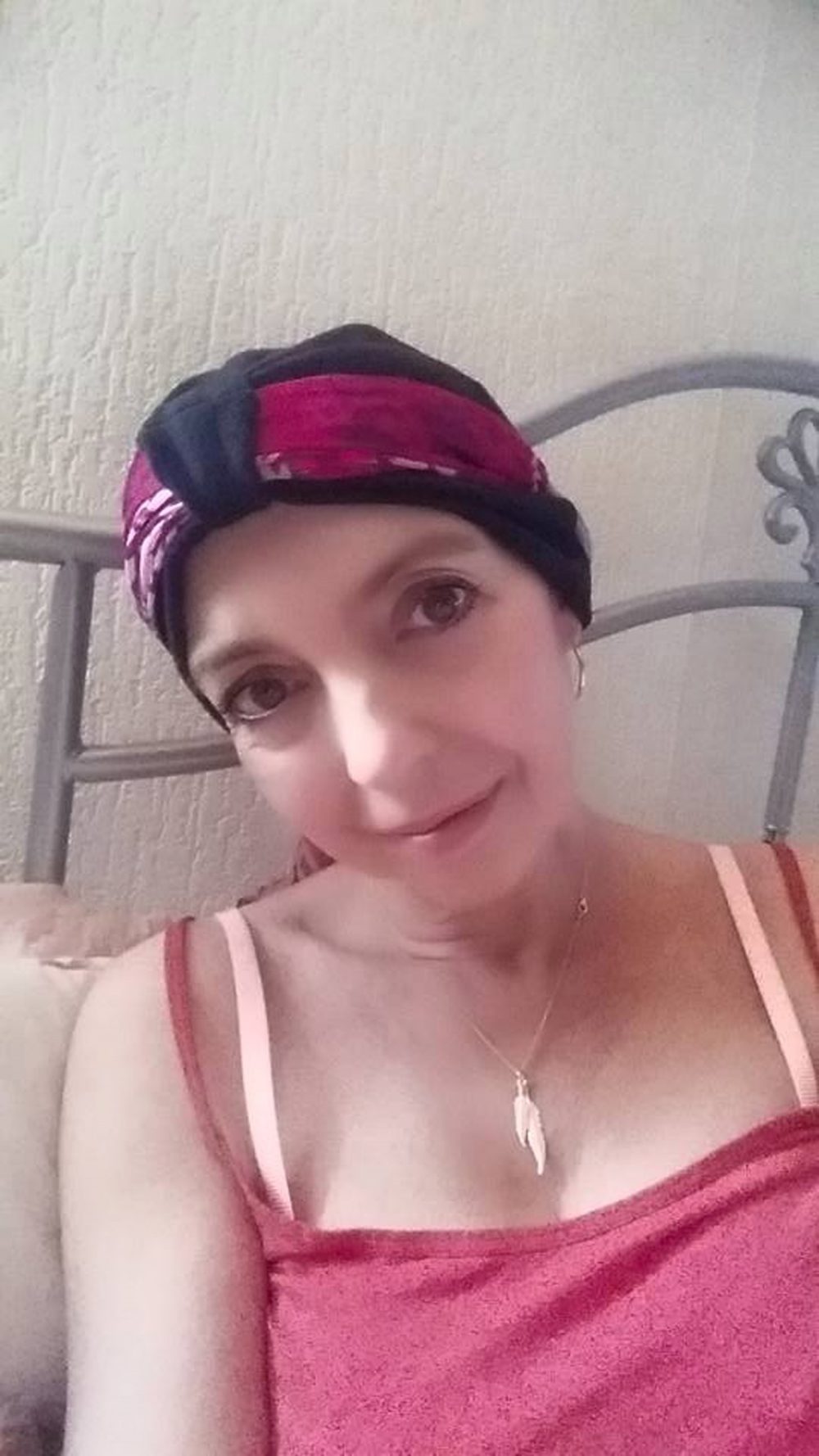 “My parents wish they could take it away from me.

“Before I found out I had a few pains in my back but I’m a baker so I put it down to heavy lifting and didn’t think anything of it. But then I started to lose weight and I’m quite small anyway so it was noticeable.

“I went to the doctors after getting a chest infection but the medication didn’t help so doctors sent me for an X Ray. Within a couple of hours the doctors phoned and called me in.

“I got sent into hospital and was stuck in there for seven weeks spending a week in the Victoria and the rest at the Western General in Edinburgh.

“When I found out the cancer was terminal there were a few things I wanted to do but the main thing was the trip. There were silly wee things that I’d not done before like riding a horse and things like that but seeing Europe was the dream. 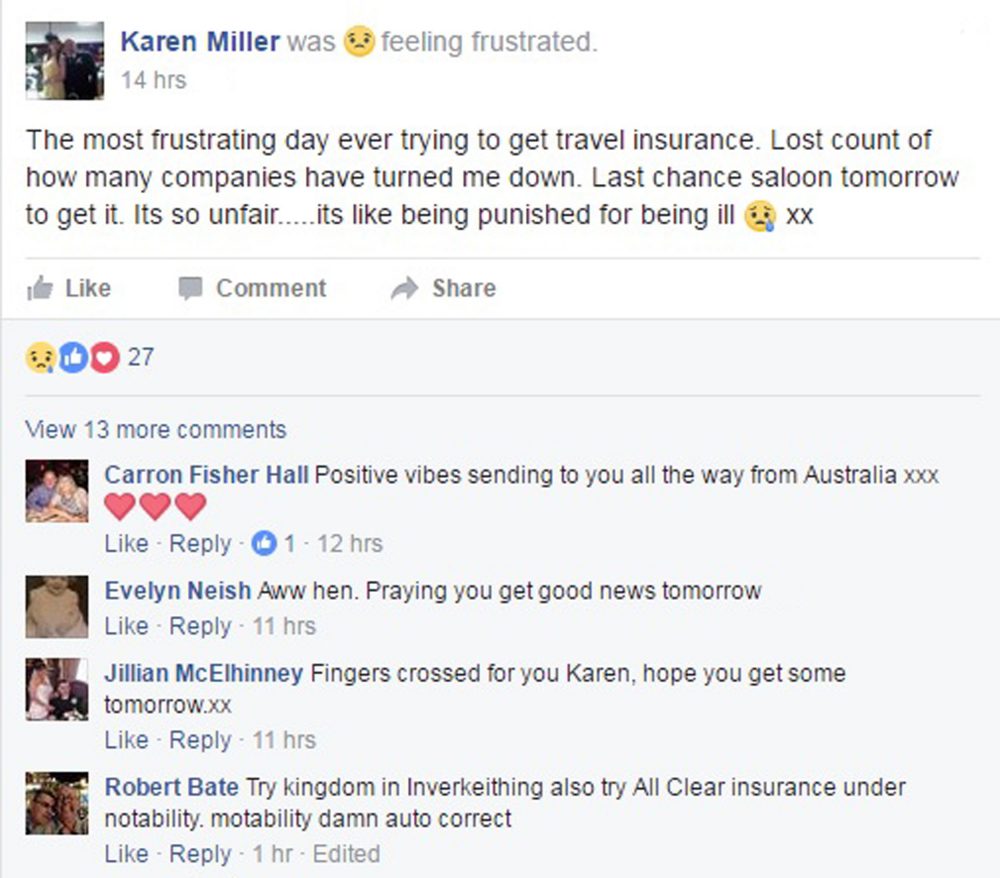 “It’s a luxury coach me and my husband are planning to go on. He was a bit concerned about me going but at least if I get tired I can stay on the coach until I’m feeling better.

Karen received a call from friends at the Asda branch in St Leonards telling her to come into the shop on Monday for a surprise.

It was there she received a surprise cheque from her colleagues after they had been secretly fundraising to give Karen her dream trip.

She added: “The money they gave me was a complete shock. I just got a call and was told to go in and they had this big cheque. I sat there completely speechless. The support has just been amazing.”

A spokesman for the Association of British Insurers said: “There is a market for people who are seriously ill including people who have terminal illnesses.

“We would suggest going to a local broker in the area who may well be able to offer the lady concerned insurance based on circumstances such as where she is travelling to and what type of cancer she has.

“The British Insurance Brokers’ Association (BIBA) also offer a find a broker service and could put the lady concerned in touch with brokers in the area who may be able to help.

“Even charities or cancer support groups often offer to help. Those would be the best routes for her to go down to maximise her chances of getting travel insurance.”