AYR UNITED remain the only side to turn over Hibs on their own patch this season – and Easter Road ace Darren McGregor has warned that lightning will strike twice if they allow their minds to wander towards Hearts.

The part-timers stunned the capital club in September when goals from Conrad Balatoni and Brian Gilmour secured a 2-1 triumph, albeit the hosts were left to rue a controversial red card shown to Marvin Bartley which was later rescinded.

It remains a sore point for Hibs, with Neil Lennon expressing a desire to set the record straight when Ian McCall’s men arrive this afternoon. 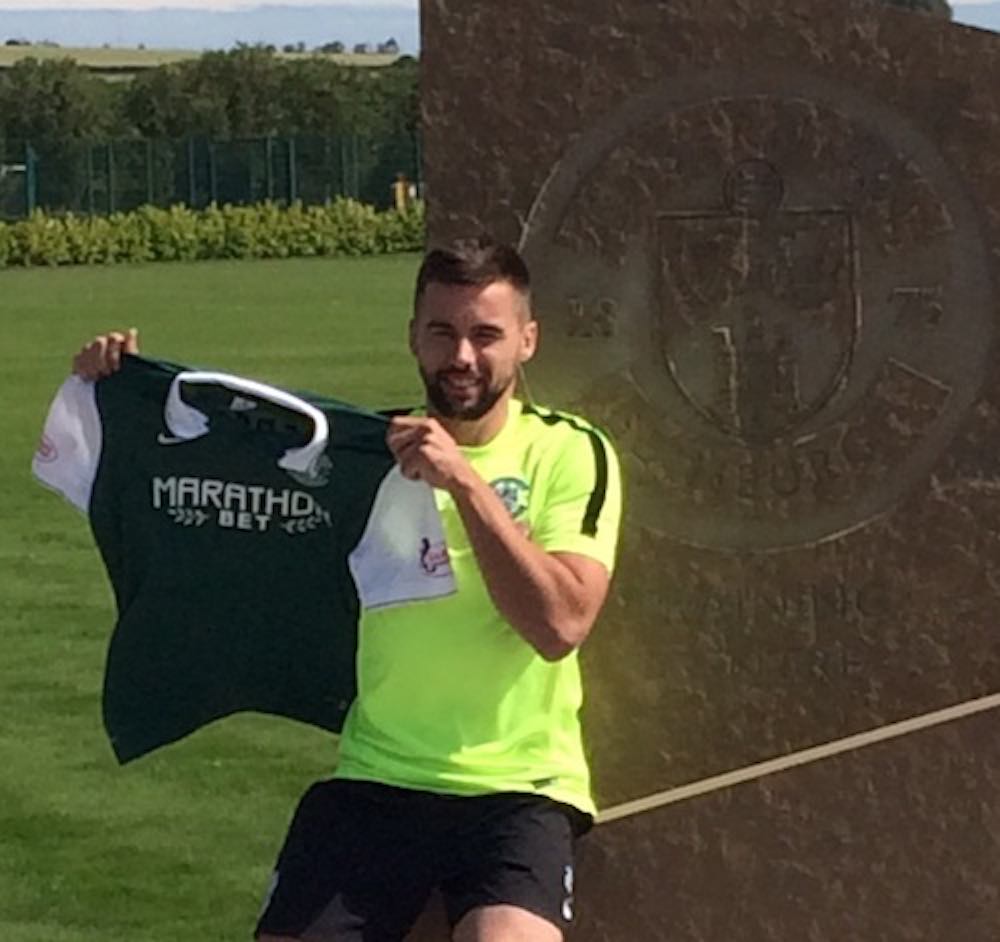 And McGregor is adamant there will be no hint of complacency, even taking into account Ayr’s 12-game winless streak in the league and next weekend’s mouth-watering clash against Hearts in the Scottish Cup fifth round.

“I’m not going to lie and say I have not thought about playing at Tynecastle and the memories of last season,” said McGregor. “Of course that goes through your head.

“But I think it would be unfair to Ayr to talk about it and totally write them off. If we’re sitting here saying: ‘what a great game at to look forward to at Tynecastle, I wonder what the crowd will be like and all that stuff’. That’s disrespectful to Ayr.

“Right now Ayr is our biggest game of the season, that is our priority and the gaffer has emphasised that to us.

“Once that’s done – then Hearts will be the biggest game of our season! That’s the mentality we need to adopt.

“If we get complacent then Ayr have a free shot at us. They are going to come here, and even though they are on a wee bit of a sticky run, their gaffer could identify this as a game to kickstart their season.

“If we turn up like prima donnas and just think we are going to win, then it won’t happen. That’s why we need to be so focused on the job in hand.”

Since their defeat against Ayr, Hibs have lost just one Championship fixture and have opened up an eight-point gap at the summit of the table.

That form was underlined on Thursday when Lennon landed the January gong for Championship manager of the month after three successive league wins – without conceding a goal in the process.

McGregor believes the prize is richly deserved, and insists the Northern Irishman’s demanding style is responsible for the Hibees’ iron curtain.

“It’s a collective effort but as a defender you take great pride,” said McGregor. “I’m sure Jason Cummings could tell you every goal he has scored. So, while forwards take pride in scoring, we are enjoying keeping clean sheets.

“I think the standards the gaffer sets is responsible for us grinding out wins.

“When we cross that line we are the ones in charge but a lot of it stems from his tenacity and will to win. We see how much he wants to win and how much he puts into it and we know we have to follow suit.

“We need to adopt the same mentality as our manager and a lot of the boys have done that.”

Once the full-time whistle goes on Saturday, attention will turn to their trip to Tynecastle, which is heading for a raucous 17,000 sell-out in Gorgie.

And McGregor firmly believes they can challenge on two fronts, even having failed to secure January reinforcements when bids for Kris Commons and Anthony Stokes failed to bear fruit.

“It’s the gaffer’s prerogative if he feels he needs to bring in new guys but for me I think we’re pretty well set,” he added. “We have good coverage in every area of the pitch so I am happy with the team we have got.

“I think it is strong enough for two competitions, barring any disasters. Even the guys who are in the stand – guys like Danny Handling who are slowly working their way back to fitness – will be an asset.

“You’ve got young guys like Calum Crane who is waiting for his chance to come in. The boys who have been given the jerseys have done well, but there are plenty of boys knocking on the door and they’ll be dying for a shot.

“It’s up to us to keep the jerseys with our form every week.”