AS A CHILD, Arnaud Djoum basked in the achievements of a golden generation including Rigobert Song, Samuel Eto’o and Patrick M’Boma as Cameroon dominated a continent. Tonight, he is just 90 minutes away from joining them in Indomitable Lions folklore.

Additional motivation is unlikely to be necessary.

However, if the Hearts midfielder did require extra inspiration ahead of taking to the field in Libreville, Gabon, then a quick glance at his phone should suffice. 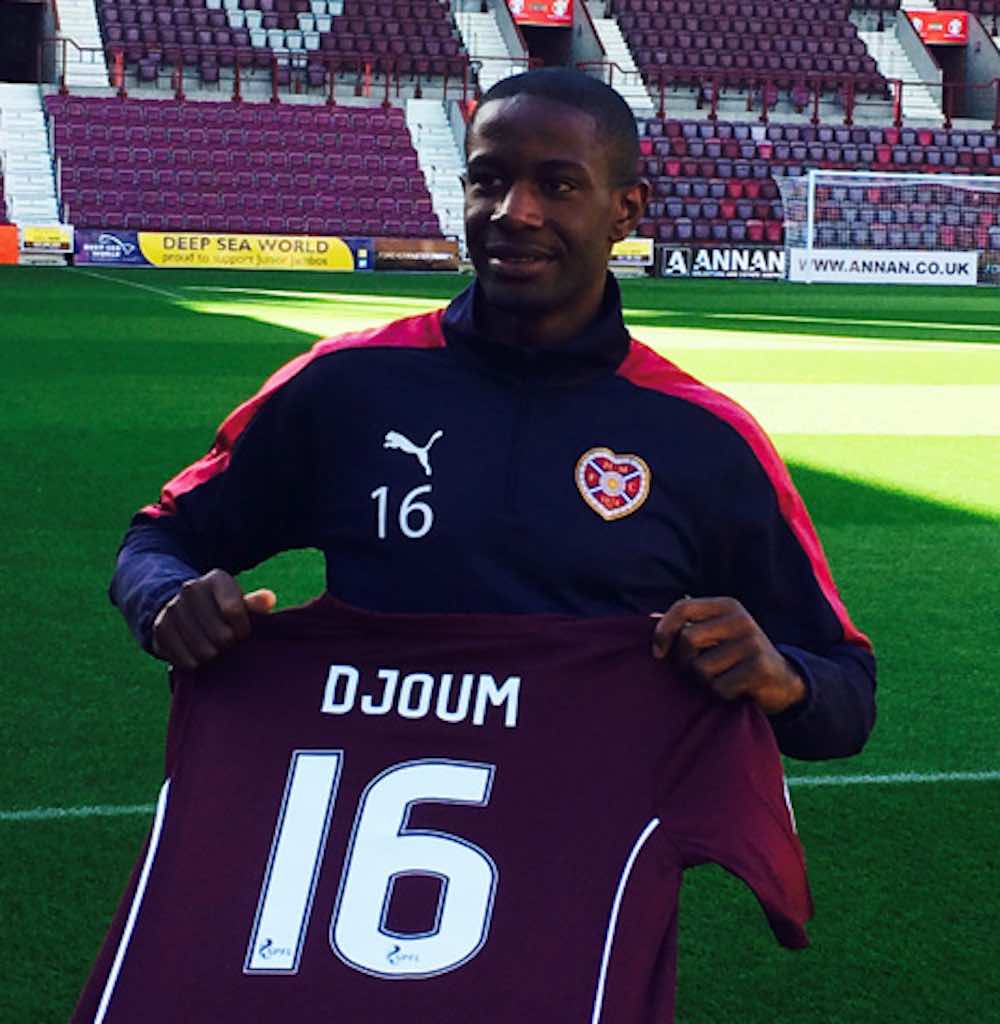 The 27-year-old, born in the Cameroonian capital of Yaounde, has been inundated with pictures and videos from family in his home city, telling the story of a country gripped by football fever after Hugo Broos’ largely unheralded squad reached the final of the Africa Cup of Nations.

Without the superstar names of yesteryear – but with physicality, organisation and a wealth of team spirit – the giants of West African football are on the cusp of ending a barren spell stretching back to 2002 and claiming the famous trophy for the fifth time.

In a rare success story for Scotland on the world stage, a representative of the SPFL has been at the heart of it.

Djoum – an unassuming, modest character – has been humbled by the reaction to Cameroon’s run to the final, which will see them face Egypt this evening (19:00 GMT).

“My family are in Cameroon and they have been showing me what the atmosphere is like and how the people are reacting. The pictures and the videos are just amazing,” Djoum told Capital City Press, speaking from Cameroon’s base in Libreville.

“I have grandparents, uncles and friends in Cameroon and they have made sure I know exactly what is happening. I would love to make them proud.

“It is crazy, the people are so happy – they are dancing on the streets and celebrating. I was told that there has been a three-day party after we reached the final. It is something big, and unbelievable to be a part of.

“All the players hear about that and it makes us very proud and more determined to succeed. We want to win this for the people of Cameroon and give them more joy.

“What will it be like if we win the trophy? I think it will be like nothing I have ever experienced. That is the plan – to win this trophy and take it back to enjoy the celebrations with all of the fans.”

While Djoum was raised in Belgium and represented them at youth level, his decision to represent Cameroon is no marriage of convenience. Despite leaving Yaounde aged four, his passion for his native country has never wained.

He was glued to his television as a schoolboy when the indomitable Lions won this tournament in 2000 and 2002 and, while always fostering a dream to represent his nation, he never truly imagined he could one day emulate them.

“I still remember watching those games, I was a little boy and of course you dream of doing what they did,” Djoum continued. “You see the big names like Eto’o lift the trophy and make a name for Cameroonian football. That was a great achievement.

“To actually be here, is something that is hard to believe. But everyone has worked very hard for this opportunity. We are following some great teams and great players – but hopefully this group can create some history today.”

Djoum, much like Cameroon themselves, has grown into the tournament.

He did not feature in the group stage but has emerged as a key figure in heart of midfield for experienced coach Broos during the knockout phase, turning in a combative, all-action display during a fraught quarter-final win over much-fancied Senegal.

That encounter was decided on penalties after a 0-0 draw, with Africa’s most expensive footballer, Liverpool winger Sadio Mane, missing the decisive kick in a 5-4 win for Cameroon.

“That was the most memorable moment in the tournament for me,” he added. “To play against Senegal, with special players like Mane and [Balde] Keita was amazing. Just magical. You learn so much, and then to win the match on penalties was one of my best moments in football.”

Djoum deservedly retained his place in the starting line-up for Cameroon’s ultimately comfortable 2-0 win against Ghana to tee up a place in tonight’s continental showpiece – a fixture he now looks certain to start.

It is an astonishing reversal of fortunes for a player who was without a club just 18 months ago following an ill-fated stint in Poland with Lech Poznan. Hearts head coach Robbie Neilson salvaged his career and he has nothing but gratitude for the punt the Jambos took on him.

“All I can really do is say thank you,” he continued. “I will always appreciate Robbie Neilson bringing me to a club like Hearts and giving me the opportunity to play, perform well and enjoy my football.

“Hearts are a special club to me and have given me a lot – without them I would no have the chance to play for my country on this stage.”