New Hearts defender Andraz Struna admits he is determined to make up for lost time after lifting the lid on how his career came to a shuddering halt for nine months.

The Slovenian internationalist was one of nine January signings enlisted by Hearts head coach Ian Cathro after leaving Greek side PAS Giannina at the end of last season.

Struna, whose deal runs until the summer, had hopes of being recruited by a prominent European club after biding farewell to Giannina in April 2015 but was let down by agents and admits he too was wrong not to take offers that were on the table.

The 25-times capped full back, who also lost his place in the national team, returned home and kept himself ticking over working alongside a personal trainer instructor but is thrilled to be back playing competitive football. 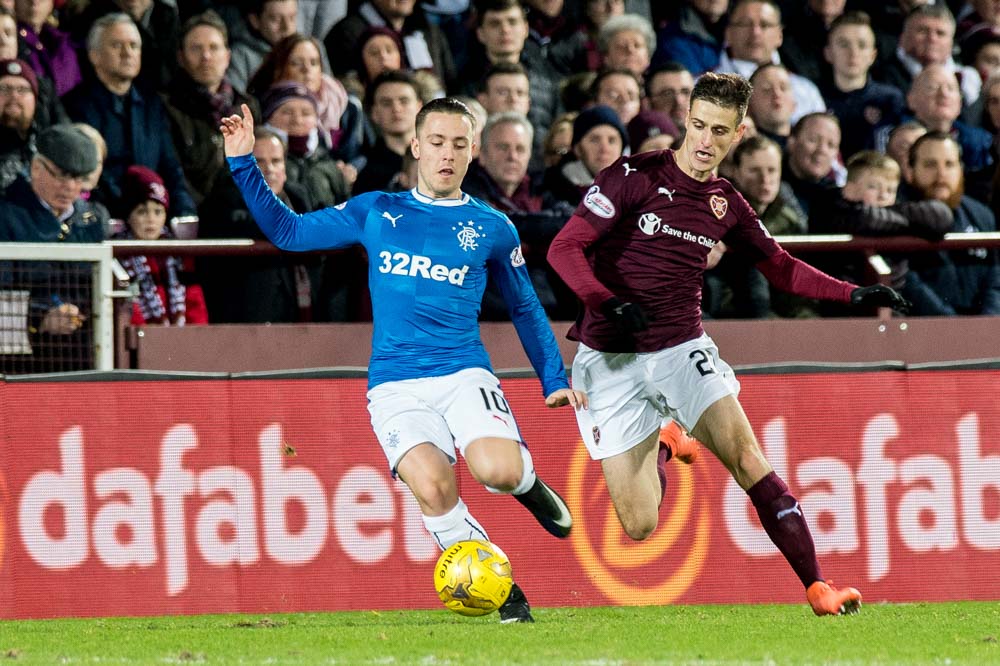 He said: “My contract in Greece expired last summer, they wanted to prolong it but for me

“I decided that I achieved everything I wanted to do and I wanted to take another step forward.

“I got a lot of offers, different offers. Some good and some not so good.

“I also made some mistakes and accept this because some of the offers were very good. I was maybe naive with some people as well, agents.

“I thought I could make a step up with a new team as I had a good season in Greece and was also with the national team, so my expectation was very high.

“This was the situation in the summer, I took this risk and I knew that it could happen and I take full responsibility.

“I was waiting for the right offer to come along. One transfer was really close but that fell through late on.

“I was a little bit disappointed. Maybe I could have made a decision to play and not take such a long break this year.”

Struna, whose arrival at Hearts comes just weeks after Scotland defender Callum Paterson was ruled out for up to nine months with knee ligament damage, added: “I went back to Slovenia and did training with a professional individual coach.

“I lost my position in the national team, if you don’t play for such long time it’s difficult. It’s not just about the football, this is our life. It completely changed my life.

“It was a difficult time for me but when I got the offer from Hearts, I took it immediately. In a few days I was in Edinburgh.

“I know the club has a very good reputation and the project was acceptable for me immediately.”

Having made a impression in his first few weeks at Hearts, the 27-year-old would also love to force himself back into Srecko Katanec’s plans for the March 26 World Cup qualifier against Scotland at Hampden.

He added: “Of course you always want to impress the national team coach but I’m not focussed on what I do today and tomorrow.

“Hopefully playing here can bring other positive things. That’s all that I can do.

“It’s a nice feeling to be here but I never doubted myself. I never put down my standards, I was always motivated to come back at the right moment. I’m really, really happy to come here because I have everything.”