Hearts have reluctantly admitted defeat in their bid to have Malaury Martin’s yellow card rescinded after exposing a flaw in the Scottish FA’s own rules.

The Tynecastle club had informed the SFA ahead of yesterday’s 3pm deadline that they intended to contest the caution, which was handed out to the Frenchman during Saturday’s 3-0 victory at Motherwell, on the grounds of mistaken identity.

Referee Andrew Dallas punished the playmaker for bringing down Louis Moult at the edge of the box but television footage clearly shows that the Well striker’s team-mate Lionel Ainsworth was responsible for the accidental trip. 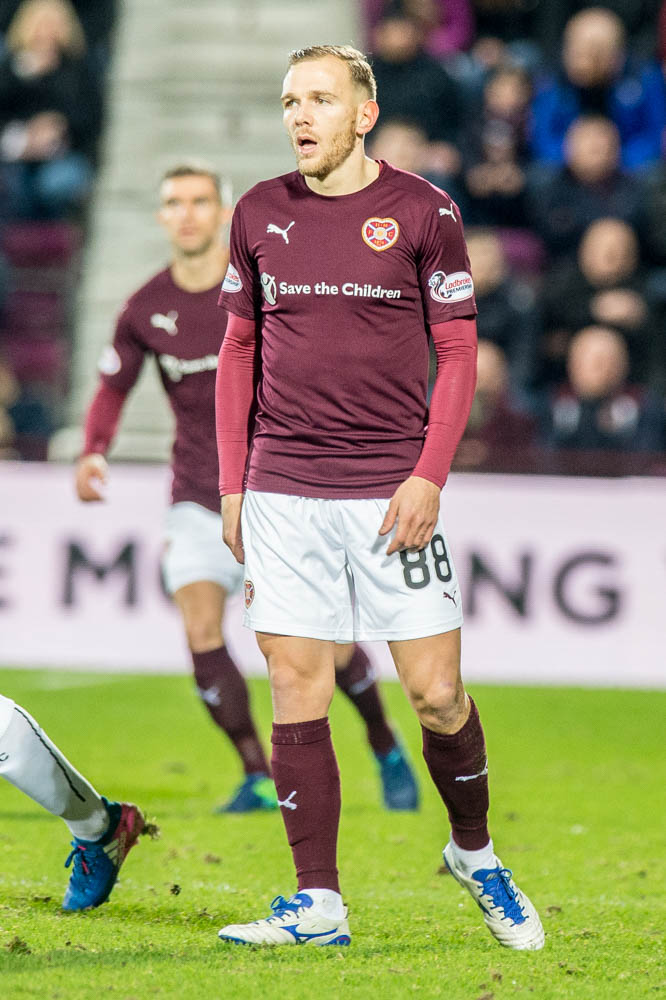 However, Hearts have discovered a shortcoming in the SFA’s own rule book and have opted not to challenge the yellow card, but have said they could lobby the governing body for a change to the law so that common sense prevails in future.

The appeal ruling for mistaken identity reads: “A claim of Mistaken Identity may be submitted to Fast Track Proceedings in the event that a player or his club contends that a Cautionable or Sending-Off offence (as defined in Annex C of the Protocol), which has been committed by another player, has been incorrectly administered to the player making the claim.”

Hearts’ challenge would have been to prove that the caution ‘has been committed by another player’.

As Ainsworth was at fault for unwittingly felling his team-mate, in effect no foul took place and as per the letter of the law the yellow card cannot be past on to another player.

A Hearts statement read: “The club had intended to appeal the weekend booking of Malaury Martin, who was yellow carded by Andrew Dallas against Motherwell, and indicated an intention to do so on the grounds of “Mistaken Identity”. (i.e. The Referee wrongly identified the player who committed the foul.)

“Following discussions with the club’s legal advisors and various officials at the SFA, it is clear however that the current rules as they stand, do not cover this specific situation.

“Put quite simply, we cannot appeal on the grounds of “Mistaken Identity” as the referee did not mistakenly identify our player. He believed the offence was committed by Malaury.

“The fact that it was not a foul and that the Motherwell player merely tripped over the feet of his own player, means that while it may have been an error to give the foul and to book our player, it was not a case of mistaken identity.

“The Referee did not mistake Malaury for another Hearts player, which is the only situation that would allow an appeal to be successful in the case of “Mistaken Identity”. Nor can the yellow be rescinded by Referee Dallas as the rules do not allow for this. Yellow cards can only be appealed in Scotland on two grounds, “simulation” and “mistaken identity”

“The club is going to pursue a potential rule change at the earliest opportunity so that common sense can prevail in the future and no other player or club suffers a similar fate.”