But the former Manchester United manager admits the one time he really needed the midfielder was in the 2009 Champions League final defeat to Barcelona.

Fletcher reached the impressive milestone on Saturday when he helped West Brom record a 1-0 victory over Stoke City. 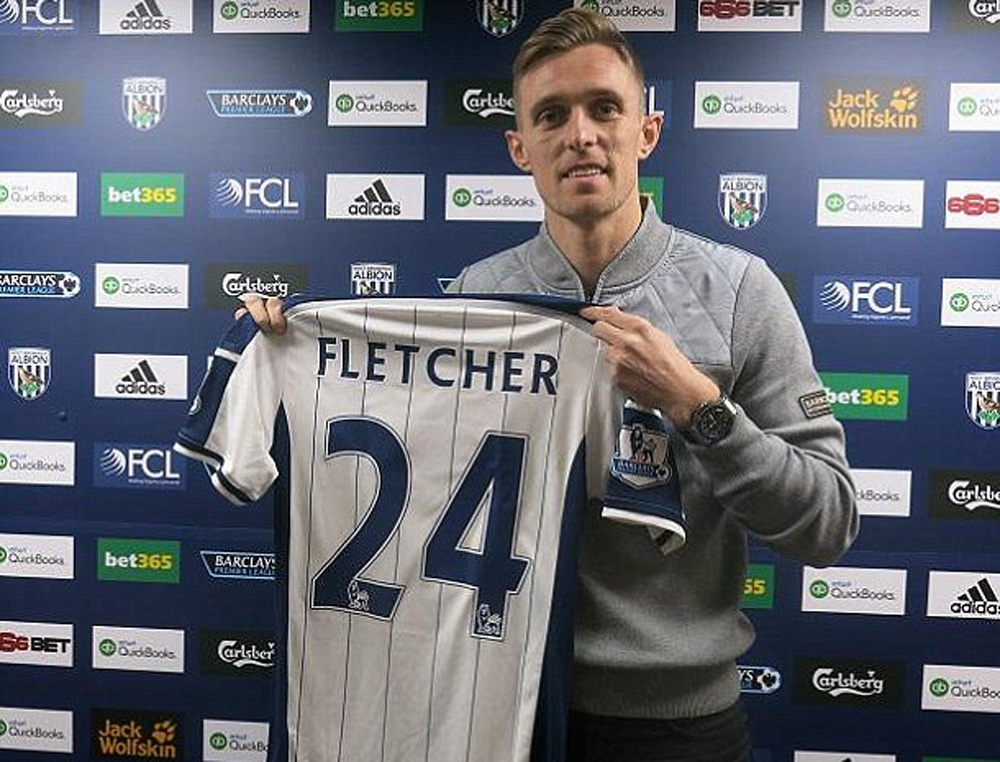 The majority of the 33-year-old’s top-flight outings came under his fellow countryman during his trophy-laden 16-year tenure at Old Trafford.

Fletcher’s achievement is all the more remarkable given the player’s battle to overcome the career-threatening condition ulcerative colitis, but Ferguson admits he still rues not having him available for the 2-0 loss in Rome after he was wrongly sent off in the semi-final victory over Arsenal.

Ferguson said: “The (Champions League) semi-final at the Emirates stadium was a tragedy for him because he got sent off with only so many minutes to go.

“It meant he missed the final in Rome and the one player we really needed against Barcelona was that man, and we missed him in Rome. I think he would have helped us, I really do.

“I always liked to play him in big games, he was a big game player.

“Some players like that, Mark Hughes as a big game player. Some players have the temperament and the ability not to be fazed by a big game, whether it’s the crowd or who the opponents are.

“We had this habit of playing him against (Arsenal midfielder Patrick) Vieira.

“We played him against Vieira because when we were picking the team that day we felt it suited him, and he was fantastic.

“We always played him against Vieira and his best performance for us against Vieira was the (FA Cup) semi-final at Villa Park when Paul Scholes scored the winner.

“He was fantastic, for me he was man of the match. In all the big games at United, he excelled.”

Noting Fletcher’s achievement in reaching the 300 mark, Ferguson, who brought the player to United as a 15-year-old, added: “I’m really proud of him actually. Of all the players that I’ve had and knowing what he’s gone through, it’s really amazing.

“I watch him play for West Brom and I see the young player that we had.

“I love the guy, he’s a fantastic professional, I think he is a fantastic human being, really well done to him.

“He was at United as a young player. He had a lot of competition with (Roy) Keane, Scholes, (Nicky) Butt, (Juan) Veron, all of these players, as he broke through.

“In his later years at United he had to deal with his medical condition, which tells you a lot about the person because his will and purpose to recover from that and the sacrifices he made from his own life and social life is phenomenal and he never gave in.

“He must have played with that condition without my awareness for over a year.

“Eventually it got to a stage where the doctor had to come to me and say, ‘look, I think you should know about Darren and his condition’. At that point I said: ‘We really need to look after him’.”

Ferguson is in no doubt that the 77-times capped Fletcher will move into coaching when he eventually decides to hang up his boots, and recalled how he stumbled upon the Edinburgh-born player giving the Man United reserve team a motivational team-talk during his absence through illness.

Ferguson, speaking in an interview with the official West Brom website, added: “I think his long-term position will be as a coach, maybe even management. He’s got the presence, the sacrifice.

“He can influence the dressing room and just an example of that; when he was recovering from his condition I put him in to the reserve team as a coach alongside Warren Joyce.

“I’m starting to think, maybe he’s not going to make it.

“I started thinking along the lines that he could be a coach with us because that was, without question, my long-term view of it.

“They were losing 1-0 at Altrincham, I can’t remember who against, so I went into the dressing room at half-time because I wasn’t particularly pleased and Darren was doing the motivation, he was doing the tactics.

“Warren had given him nod to do that and he was fantastic. I always remember.

“He said: ‘If you’re playing for Manchester United, there’s an expectation, son, that you’re not showing out there – and if you can’t do it in a reserve game then you have absolutely no chance of playing for Alex Ferguson’.

“He didn’t see me, I was standing at the door. I should have given him a rise.”