A MYSTERY man who attends lectures at one of the UK’s most prestigious universities wearing a blue Morphsuit has been captured on video.

The unidentified “Lycra Man” has achieved celebrity status at St Andrews University, Fife, where he sits attentively through lectures.

The unseen lecturer can be heard carrying on regardless and other students ignore his presence.

The caption acompanying the video reads: “The infamous Lycra Man attends a lecture.”

In a photo posted on Facebook, Lycra Man is shown at another lecture with his elbows on his knees and chin resting on his hands.

The title of the photo said: “Lycra man strikes again! Keep your eyes peeled and see if you notice him too.”

Students at the university have been trying to identify the unknown blue man but so far have failed.

Commenting on the video, Eóin Mc Mahon said: “Why is no-one even looking at him ahahah”

Gareth Cairns replied: “I know right something is up” 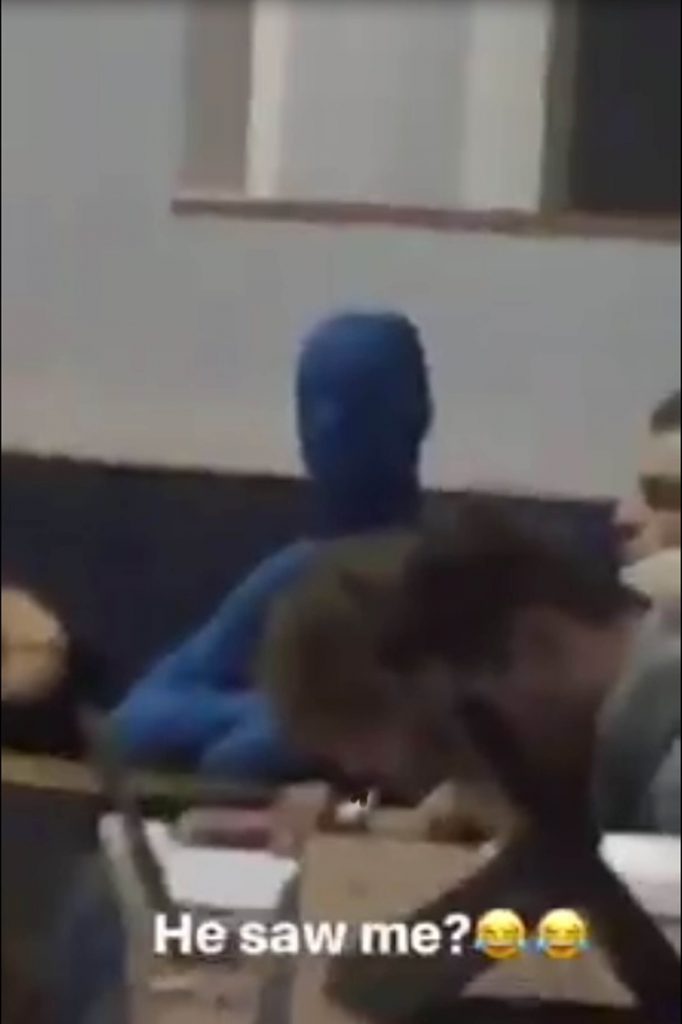 A source at the university said it appeared the man only wore his suit to lectures and was not walking around the town in his Morphsuit.

The student appears to be wearing a Morphsuit, a £15 – £45 novelty garment typically worn to parties which stretches to the wearer’s size and even allows the user to carry on drinking without taking it off.