SCOTT ROBINSON emerged victorious from one of the most iconic Scottish Cup finals in history, and still recalls how Hearts’ 5-1 demolition of Hibernian felt more like a training session than a derby.

However, the 24-year-old knows securing a quarter-final berth with modest part-timers East Fife will not be so simple.

Robinson will never forget the fraught, frantic build-up which proceeded the all-Edinburgh showpiece in 2012, as players, managers and legends lined up to hype up the contest and lob verbal grenades.

The aftermath was no less memorable as thousands of supporters lined the streets of the capital to hail their returning heroes.

While the game itself holds a special place in his heart, he concedes his cameo against Pat Fenlon’s woeful Hibees was surreal.

“I will cherish that game for the rest of my life,” he recalled. “Not just to play in a final, but an Edinburgh derby final.

“I remember every moment of the week building up to it. Nobody in the city was talking about anything else, people calling it the biggest derby ever. So to win it 5-1 was a dream come true.

“It was actually strange on the day. Obviously, you are desperate to get on the field and I was all hyped up – a massive final, you expect to come on and get stuck into the battles and fight for every ball.

“But, it was so easy. I came on for the last five minutes and it was like a training session.

“Then we had the parade on a glorious sunny day in Edinburgh and it was brilliant to hold that trophy and share it with the fans.”

Robinson is acutely aware than, given the respective statures of both clubs, reaching the last eight with East Fife would be every bit as impressive as anything achieved by the men in maroon.

The Fifers – winners of the competition in 1938 – have not taken part in the quarter-finals since 1976/77 when they were defeated by Hearts after a replay, and only Championship strugglers St Mirren stand in their way this time.

“We know exactly what we are good at, and the hard work that has brought about 11 games unbeaten, so if we defend well and work as a team, we believe we can get into the quarters,” he continued.

“I’ll always feel lucky to go all the way with Hearts – but they are massive club who always expect to be challenging for trophies, whereas East Fife definitely aren’t expected to reach the last eight.

“It would be an unbelievable achievement to be one game away from Hampden.”

Little wonder, then, that he is happy to take omens wherever he may find them.

“When I won it with Hearts, we actually beat St Mirren along the way, too,” he smiled. “Jamie Hamill and [Rudi] Skacel scored. You never know – that could be a wee lucky charm this time.”

A former Tynecastle boy-wonder, Robinson remains Hearts’ youngest ever debutant, making his bow aged 16 years and one month against Inverness in 2008.

However, ill-timed injuries and the insistence of his bosses to limit him to a defensive midfield role saw his time at Hearts and a subsequent stint at Kilmarnock prove underwhelming.

He is now enjoying his football “for the first time in years” and, while he is grateful for the platform offered by the Fifers, it is hard to shake the feeling suitors from higher up the SPFL pyramid could soon come knocking.

Robinson added: “I had a tough season with injuries last year and that is what has seen me at East Fife, but I’m finally enjoying my football, playing every week – and in my actual position. I’m loving it. 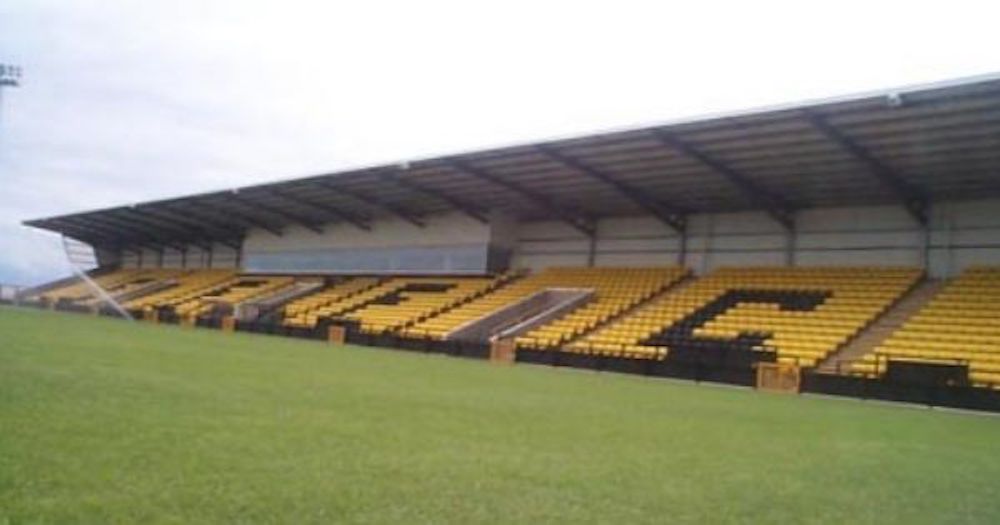 “I’m still ambitious, and have never doubted my ability to play at full-time level.

“But I really appreciate the support and freedom East Fife have given me, so I’m not looking beyond having a good end to the season.

“If that catches someone’s eye, then great, but whether it is East Fife – or somewhere else – it needs to be at the right club.”