AS is tradition during Edinburgh derby week, a revolving cast of talking heads have been wheeled out to spin yarns about the intensity and passion of the ferocious rivalry between Hearts and Hibernian.

Tasos Avlonitis could be forgiven for finding it all rather quaint.

While there is certainly no love lost between the inhabitants of Auld Reekie, it is thankfully rare that the rancour on the pitch spills on to the terraces or the streets. 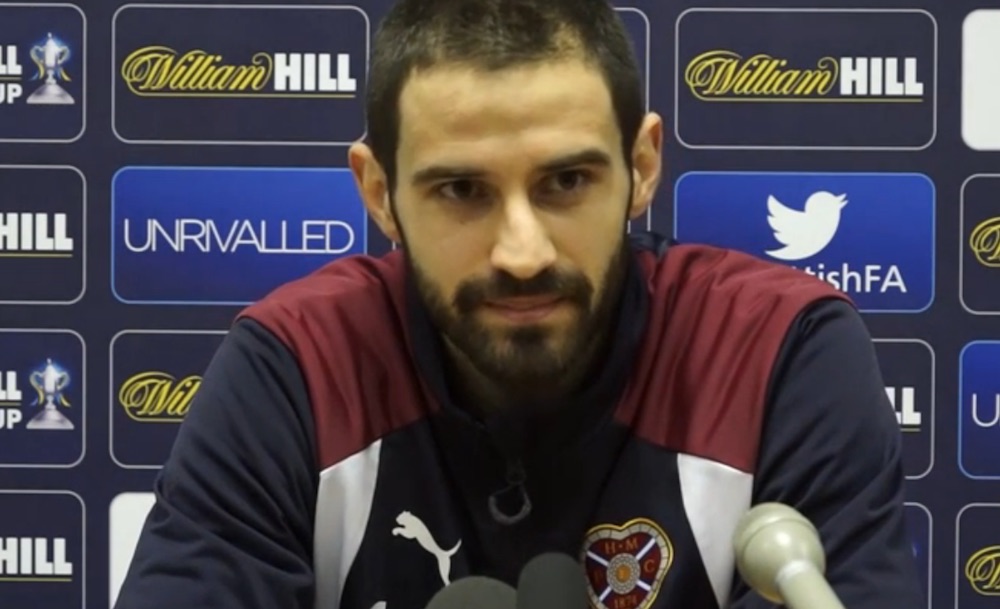 That is not the case in Greece, where Avlonitis represented Olympiacos for two years. It was a period that saw him make an indelible impact on their regular “wars” with Panathinaikos – and vice versa.

Perhaps the most startling of his tales (for his range of engaging anecdotes in a second language is remarkable) regards Olympiacos’ trip to face their fierce foes in November 2015.

The game was called off before it even started due to striker Alfred Finnbogason being struck by a flare. The missile left the forward, now at German side Augsburg, with a burned leg and the security services made the decision the game should not go ahead.

Supporters then invaded the pitch and fought with riot police inside the stadium and on the streets.

“It’s a war there, believe me,” he said candidly. “The fans have gates in every area to keep them away from each other. They fight in the streets and they hate each other. This puts even more pressure on to the players when you hear about this.

“In one match we went out of the tunnel and immediately there was fire, and one of the players – a striker who now plays for Augsburg (Finnbogason) – was burned.

“This was before the game when we walked out from the tunnel to see how the pitch was. The police and the referee saw it and told us to go inside. We stayed there for two or three hours I think until people said we could leave.

“It is terrifying. You are always scared maybe something will hit your head.”

There was a soaring high to balance out that deplorable low.

Avlonitis is assured cult hero status among Olympiacos fans after scoring an iconic last minute winner when the side met in 2014, powering home a header in the 1-0 triumph.

It ensured he would not never need to put his hand in his pocket ever again and remains a social media darling for the fans to this day.

“I came on as a substitute in the game and, with my first chance, I scored the only goal,” he smiled. The fans were singing my name and for me it was a dream.

“Nobody knew me before that game, but after everyone was speaking about me in the newspapers and it was the best moment of my career. The fans were crazy for me because we won. Everybody still speaks about this moment. After that, I never paid anywhere!

“On Instagram and Twitter, supporters write to me all the time about the goal. They live for this goal. These two teams have three or four million fans each – and all of Greece is 10 million, so you can understand how important it is for them.”

So it is understandable that emerging on the losing side on derby day is simply not an option as far as Avlonitis is concerned – even if Hearts fans are likely to react to a defeat in rather more sedate fashion that their Greek counter-parts would. 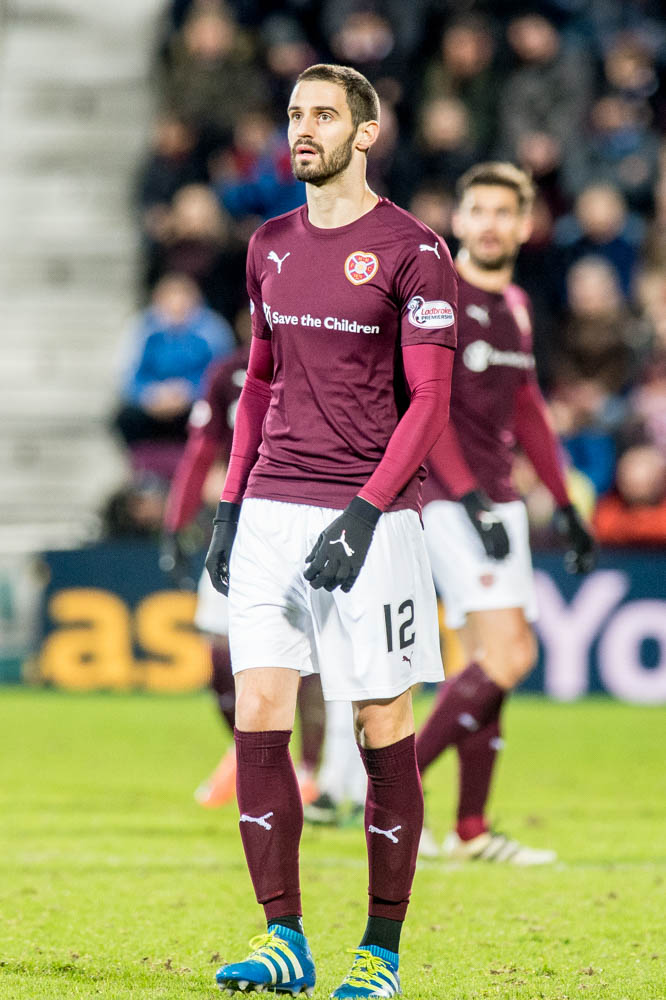 “If you lose? You don’t go outside. That is not a joke,” he said. “If you do maybe the fans will come up to you and touch you – or shake you and say: ‘Come on, why did we lose?’ The fans are crazy about these games.

“I haven’t met any fans in the street yet in Scotland! But I know the stadium will be full and the fans want so much for us to win.

“I am looking forward to it – it’s nice for the players to play in a good atmosphere but not be afraid of being hurt!”