Hibs number two Garry Parker insists the Easter Road club will relish a trip into the lion’s den as they bid to defend their Scottish Cup title against city rivals Hearts.

Parker has been to the hostile ground as part of the Celtic coaching staff in the past but is looking forward to experiencing his first Edinburgh derby.

Under then head coach Alan Stubbs, the Leith side came from two goals down at Hearts in the competition last February, before winning the replay courtesy of Jason Cummings’ strike. 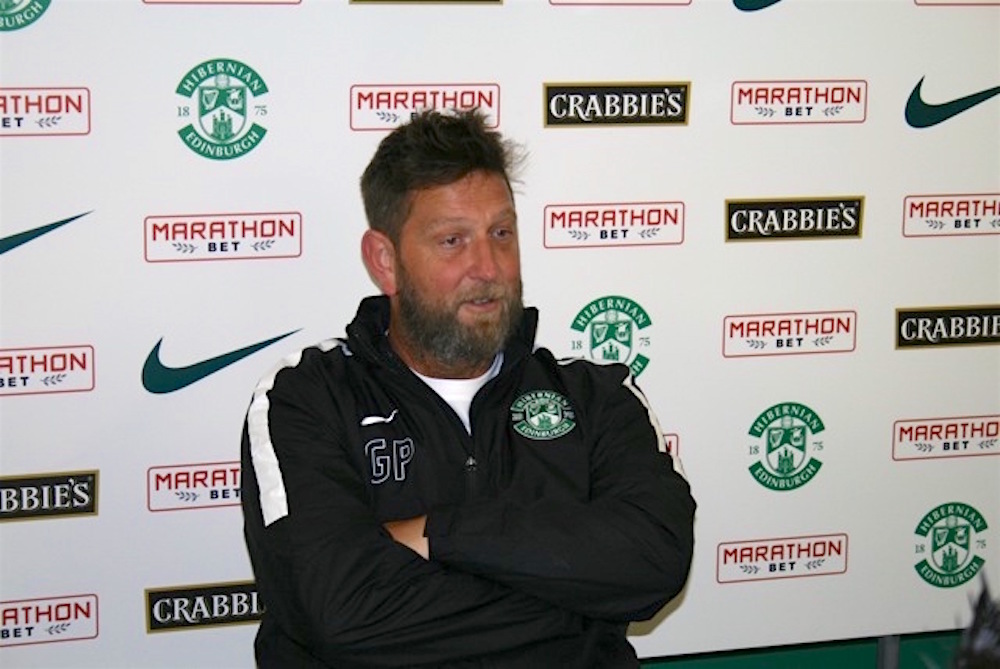 And Parker is excited about heading to Gorgie on Sunday with Hibs.

He said: “I like going there. It is a good atmosphere. It is a nice place to go, obviously if you get the right result.

“When it’s tight the atmosphere is always good and I’d love to be playing in this game.

“If the crowd is on top of you, even better – especially if you are playing well and get the right result. You can turn it to your advantage.

“But I do like going there. The crowd are on top of you, you get a bit of stick.

“But that’s part and parcel of football. I do like going there.

“You can hear bits and pieces and I laugh, I find it funny. But you just have to concentrate on the game.

“They have been looking forward to it from the draw. I wasn’t here last year obviously but they got through versus Hearts, took a replay, happy days.

“Hopefully we can try and do the same this year.”

Parker, who confirmed Hibs are running the rule over Norwegian trialist Thomas Drage, insists taking the tie to another replay would be considered a good result for Hibs.

He added: “The right result is not to get knocked out. If it takes a draw to bring them back to Easter Road then yes.

“They won it last year, we don’t want to give it away. We want to try and have a good cup run.

“Obviously promotion is the priority but a good cup run is brilliant for everyone, particularly the fans and obviously the players.”