IAN CATHRO has revealed the Edinburgh derby has given him sleepless nights. Literally.

The Hearts head coach has been staying up until the early hours of poring over the Jambos’ Scottish Cup collapse against Hibernian last season.

They exited the Scottish Cup due to a 1-0 defeat against their fierce city neighbours at Easter Road, with an early Jason Cummings strike deciding the fifth round replay.

That encounter came after Hearts had blown the opportunity to see off Alan Stubbs’ side in the first match at Tynecastle, squandering a 2-0 lead at half-time to draw 2-2.

The rest, as they say, is history. Hibs went on to eliminate Inverness, Dundee United and Rangers on their way to winning the competition for the first time since 1902. And Cathro has left no stone unturned in a bid to ensure history does not repeat itself.

“I was up all night during the week watching both games, back to back,” said Cathro. “I was watching it more to just get a sense of how everybody is.

“Sometimes you see that the game is starting to go in a certain way, so you are looking for what might be feeding into that, what the problems might be. What are the first couple of dominoes in there?

“Often it is not the goal, it’s often something five minutes before that, or somebody starts to do something differently. A mentality changes.

“Maybe someone who had been going forward to press is thinking ‘I will just wait’, and a lot of knock-on effects can build up. That is what I was watching for. I wanted to get a feel for the game, and a feel for some of the players who are still with us.

“It’s another way to inform myself a little bit more about those games and how the teams played.

“We appreciate what this game brings and what this fixture brings, but we also know that whatever we do in this game, nothing makes up for previous games. We deal with this game as a single game and we focus on that and deal with that.”

Cathro insists he is “comfortable” with his squad going into the powder-keg fixture. 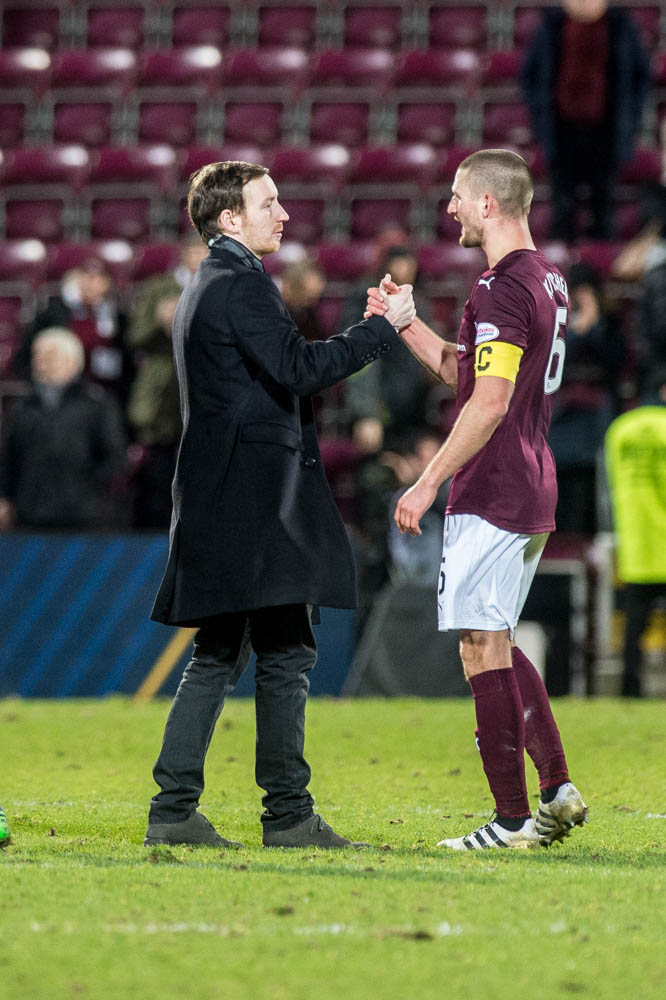 Among the nine January signings he made, none have played in an Edinburgh derby, however the likes of Aaron Hughes, Alexandros Tziolis, Esmael Goncalves, Anastasios Avlonitis and Malaury Martin can boast experience of ferocious rivalries in Tyneside, Athens, the Cote d’Azur and beyond.

Cathro added: “We’ve found the right players and they’ve found the right club. We had to bring in men. We wanted guys with experiences of positives and negatives in their lives. We’ve brought in good people as well as good players.”