The hot-headed Scot told one woman that her table cloth was better than the heart-shaped cake she baked.

The budding baker, known as Kristina, posted an image of the basic cake placed on a table surrounded by heart shaped confetti, writing: “I made this cake today, what do you think?” 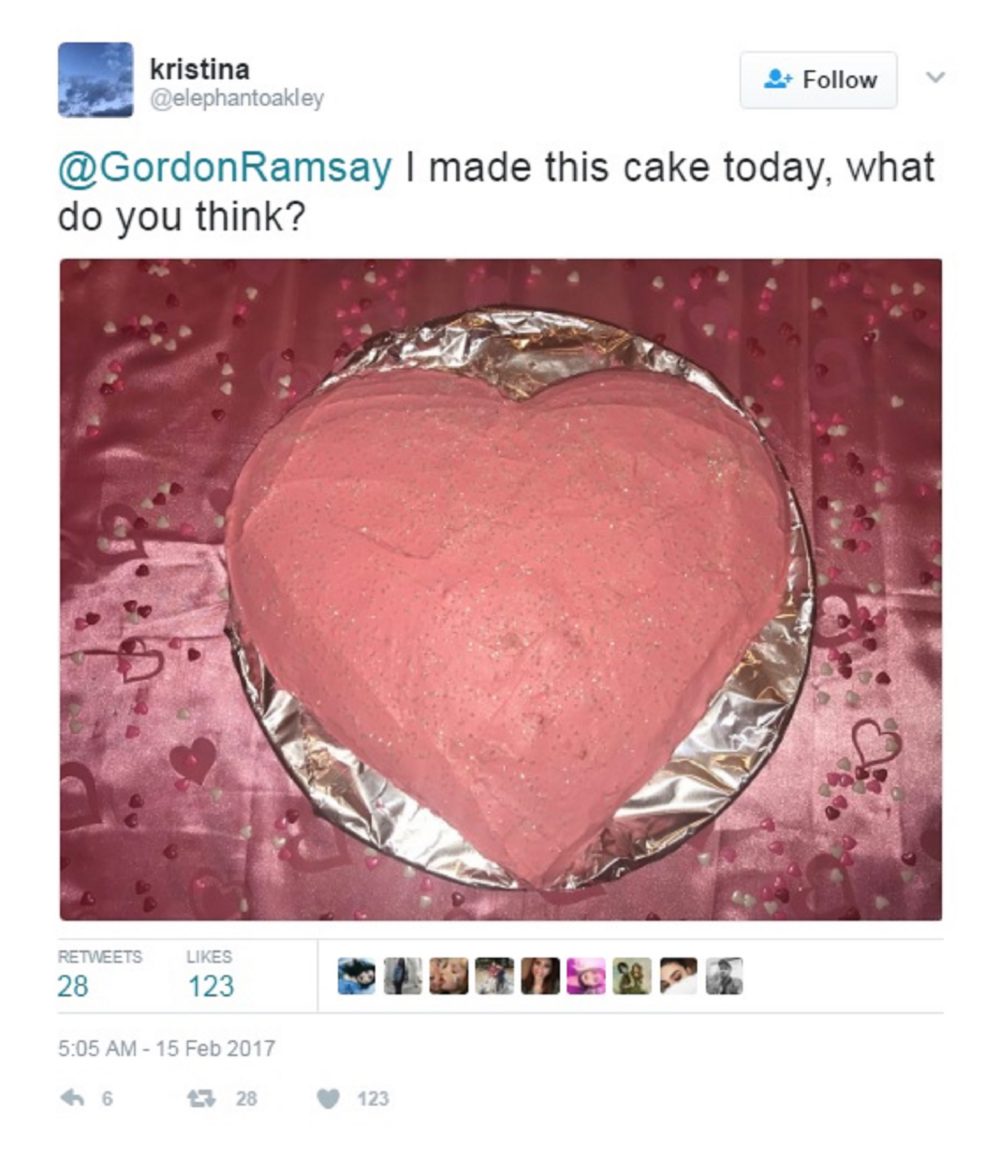 Within fifteen minutes, Ramsay responded saying: “The tablecloth has more decoration on it!”

The post was retweeted more than 2,000 times with many fans referring to Ramsay as a “savage” and asking him to “never change”.

The 50-year-old also responded to a post showing a well-fired steak, cooked together with potatoes and asparagus. 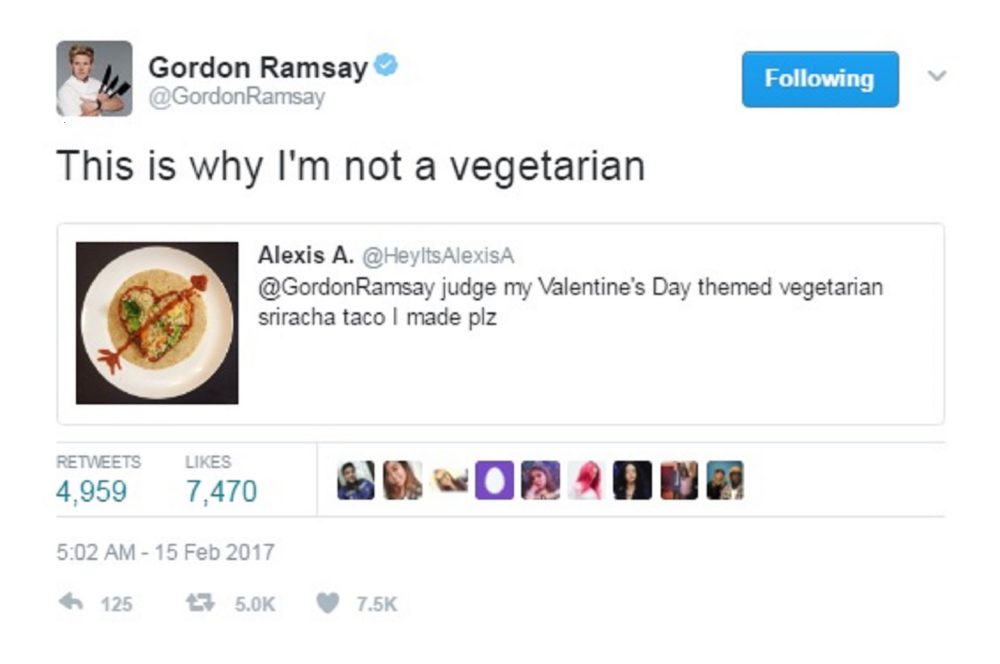 In true Ramsay style, the Hell’s Kitchen star bluntly wrote: “Looks like charcoal. At least you’ve got your asparagus tips.”

Another woman, known as Alexis, shared an image of a heart-shaped vegetarian version of Sriracha Taco’s asking for the pro’s opinion.

Clearly not impressed, Ramsay, who famously tricked a vegetarian into eating a meat filled pizza, quipped: “This is why I’m not a vegetarian.”

The scathing response was welcomed by dozens of followers who found his reviews hilarious.
One said: “F***ing love you Ramsey. 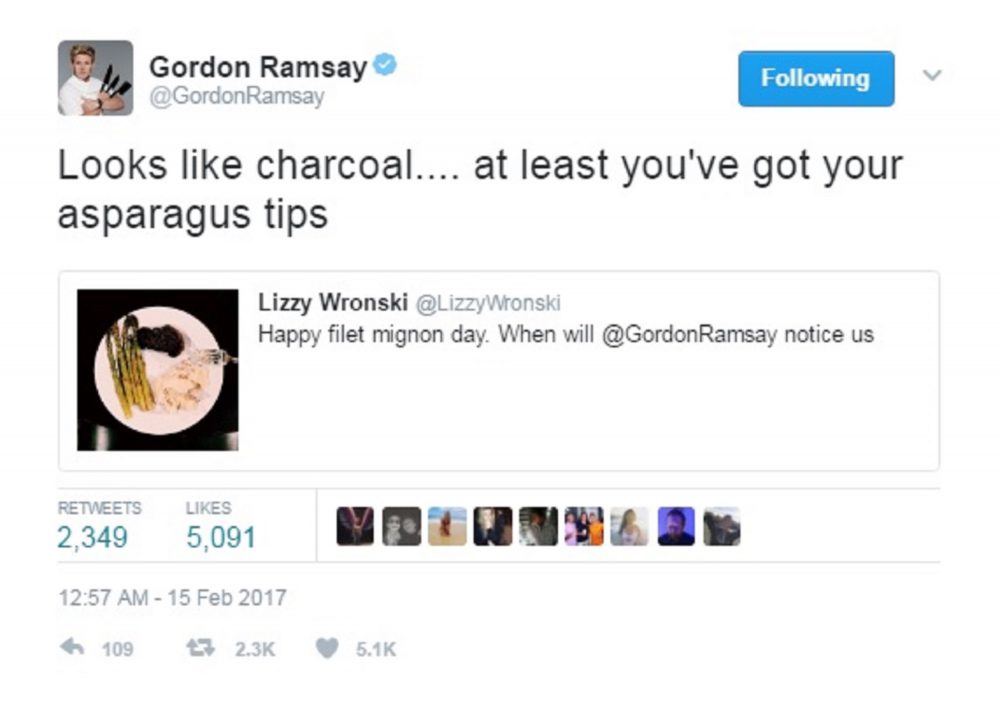 Another wrote: “What a savage.”

While one user said: “Damn. Could you imagine getting roasted by Gordon Ramsay.”

The reviews from Ramsay sparked other followers to share snaps of their Valentine’s Day meals.

One meal, described my users as “bowfin”, showed a plate filled with chopped up meat and bananas covered in tomato ketchup alongside a glass of milk.

When asked later today who wrote his scathing insults, Ramsay owned up to job saying they’re all from himself.