Dundee goalkeeper Scott Bain is hoping an eye-catching performance against Rangers can enhance his hopes of earning a maiden Scotland debut against Canada next month.

The 25-year-old has been called up by Gordon Strachan on three previous occasions but separate back and knee problems forced him to pull out on two of those occasions.

The former Alloa player was an unused substitute in the outings against the Czech Republic and Denmark a year ago. 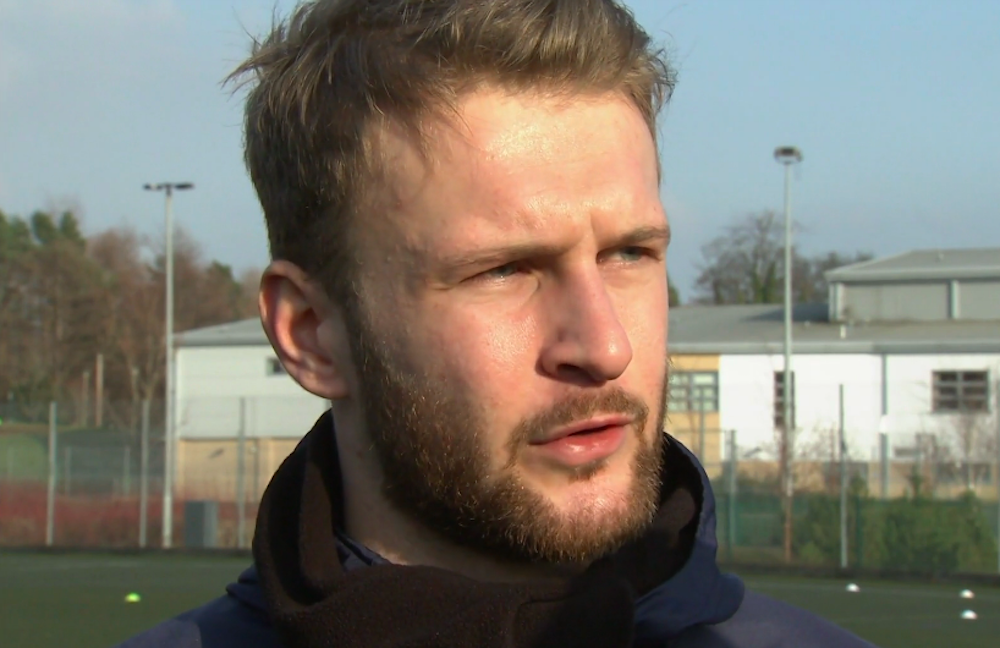 Bain will be part of a Dundee side that will attempt to compound Rangers’ woes on Sunday following last week’s controversial ‘resignations’ of manager Mark Warburton, number two Davie Weir and head of recruitment Frank McParland.

And the shot-stopper is hoping to attract Strachan’s attention in the televised Premiership clash ahead of a friendly against Canada and the vital World Cup qualifier at home to Slovenia in March.

Bain said: “As a goalkeeper you want to keep clean sheets but on the whole I think I’ve been playing well, putting in performances and pushing to get in the Scotland squad again.

“I’ve had three call ups and two bad injuries that ruled me out. Hopefully, if I’m performing the way I can that will help me.”

Bain, whose club side are a point adrift of sixth placed Kilmarnock, added: “As a team it’s been frustrating for us that we’ve had chances to push into the top six, build a gap and chase St Johnstone more.

“The league is that tight that two wins and you’re there. We’ve got belief in the squad that we’ll be battling for top six come the end of the season.”

Bain insists Dundee have to be wary of a wounded Rangers side following the dugout upheaval at Ibrox.

He added: “They’ll probably feel a bit hard done by with their manager going, maybe they feel they’ve underachieved and let him down.

“It can definitely go that way. But when you’re playing Rangers at home it’s all about what you do.”