Hearts head coach Ian Cathro has lauded the club’s board for supporting his bid to lead the team to success after chairwoman Ann Budge agreed to spend a six-figure sum on a new pitch.

The former Valencia assistant manager is now hoping his players can help repay that backing by eliminating Hibernian from the Scottish Cup in tomorrow’s William Hill Scottish Cup fifth round replay at Easter Road.

Following Saturday’s 1-1 home draw with Inverness in the Premiership, the Gorgie outfit have taken the usual step of ripping up the much-maligned rutted pitch in the midst of the campaign after recognising that it is hampering Cathro’s desire to play free-flowing football. 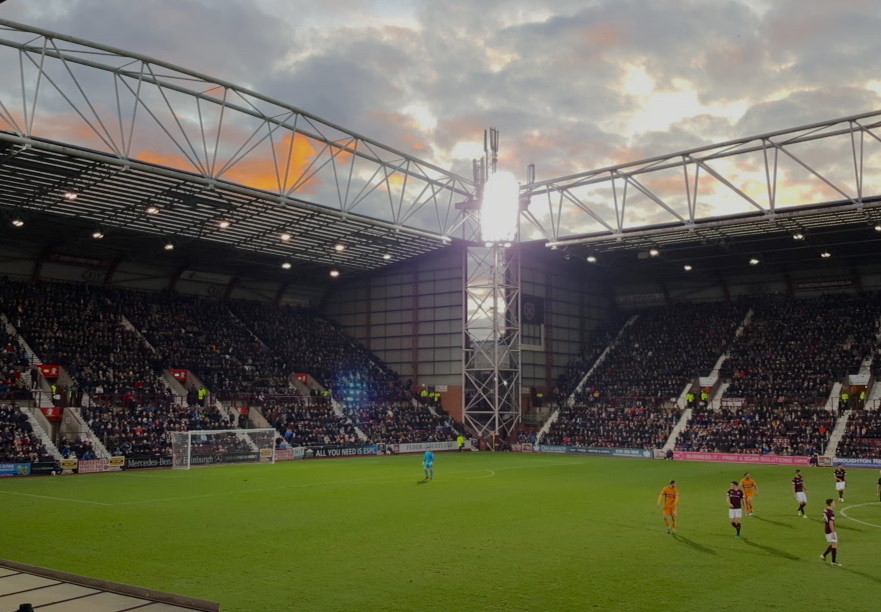 As a result, a plan to install a hybrid surface at the end of the season has been postponed, with the club set to reexamine their options in 18 month’s time.

The Tynecastle surface was a huge factor in the bitter Edinburgh rivals battling out a nondescript goal-less draw nine days ago and Cathro is thrilled that the directors are doing all they can to support him.

He said: “It’s a massive endorsement from the club, it’s another sign of the ambition, the drive and the determination of everybody in the club for us to be as good and as strong as we can to aspire to be better.

“That’s one of the best things about this football club is that the people driving it really want to get better.

“We’ve reached a point where we had a problem with the pitch and the club are making a significant investment and effort to address the situation, which is in a tough time period with all the games that we’ve got.

“To be able to act as quickly as we’re acting is a fantastic thing and I can’t imagine many clubs would be in the position to do so.

“As it stands, we’ve got to be pleased about that and work together to have it ready for the game a week on Wednesday against Ross County.”

As part of the work on the new state of the art £12 million main stand, Hearts had also been expected to lay a new hybrid pitch this summer.

Asked if that could still happen further down the line, Cathro replied: “I would imagine so. When it comes to the longer term, it isn’t been addressed by what is happening right now.

“We need to just deal with each thing. Everything that is happening at the stadium just now, nothing is coming cheap.

“It’s an incredible project and come the other end of that we’re going to be playing in a fantastic stadium.”

Cathro admits a better Easter Road playing surface will suit his players as they bid to set up a quarter-final clash with Championship side Ayr United.

He said: “You hope it will be a good game. Ultimately you just need to win.

“For a team that wants to play more organised football – it will always be a positive thing. Of course it makes things easier when the conditions are better, it really is something which sometimes falls outside your control.

“No matter what, we have to win the game. We have to try and find solutions to whatever the circumstances may be.

“We want to play football and if the conditions are better, then good. What’s more important is that we win the game.”

Cathro, meanwhile, expressed his disappointment that the tie will not be screened live on television due to a strict UEFA ruling that domestic football cannot be shown on the same night as Champions League matches.

He said: “That’s a valid debate and a worthy discussion. Until our game becomes more important, or we can negotiate from a stronger position, or have more finance, then I don’t think we’re going to win those battles.”