GAVIN REILLY feels for his Hearts pals after their Edinburgh derby demolition but hopes to give them a pick-me-up by helping Dunfermline bring Hibs back down to earth.

Reilly is on a season-long loan at the Pars from Hearts and knows the pain of derby defeat from last season’s Scottish Cup exit at Easter Road with the Jambos.

The former Queen of the South striker fears the elation of Hibs’ 3-1 thumping of their rivals will have the hosts firing on all cylinders come Saturday evening’s kick-off. 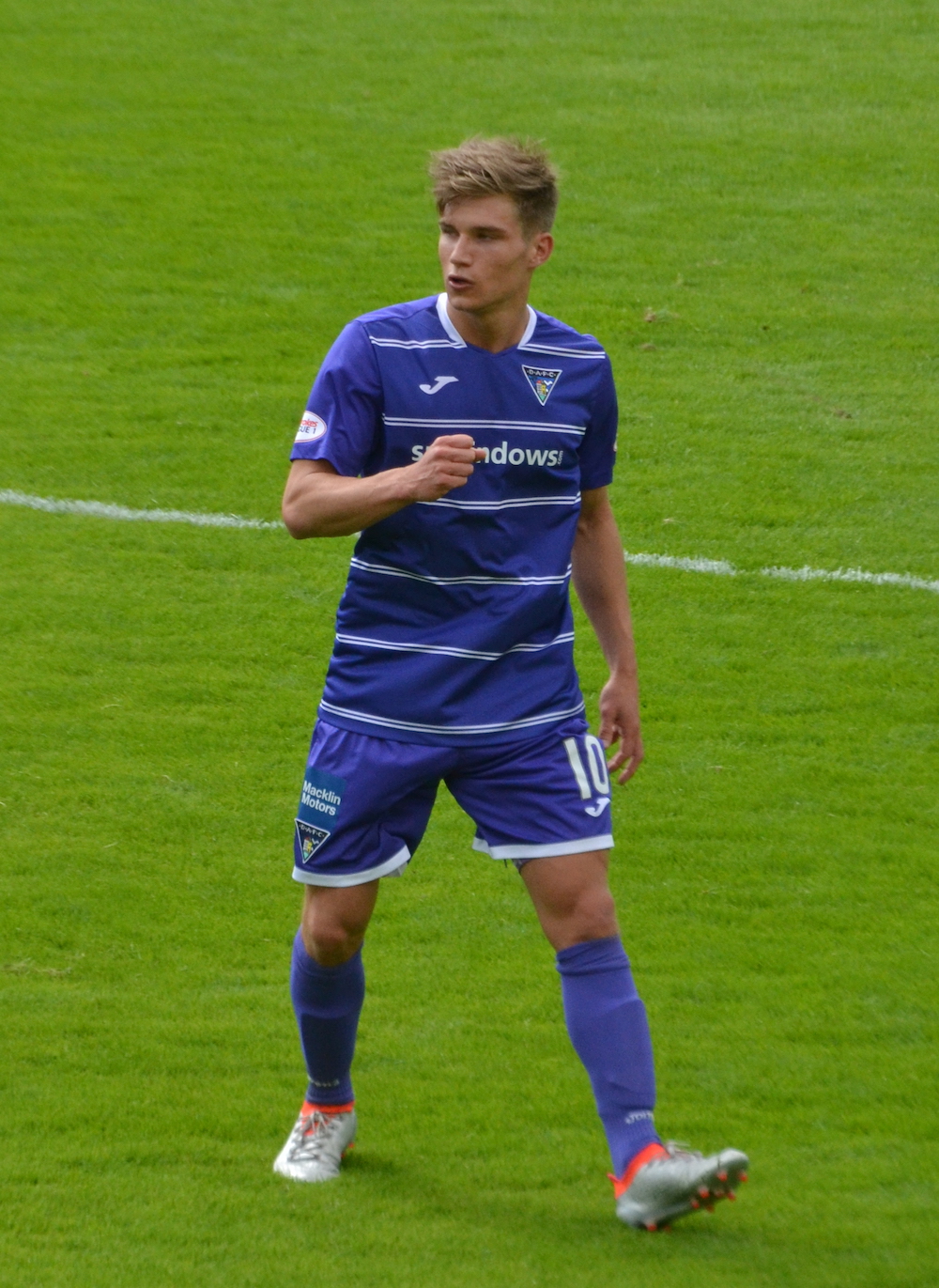 But the 23-year-old hopes to gain a small measure of revenge for his Tynecastle team-mates with a positive result for Dunfermline.

He told @CCP_sport: “I’ve spoken to a couple of the boys I’m still in touch with at Hearts. They’re still down in the dumps from the Hibs game.

“I played in the derby last year and I know what it feels like to draw at home and then throw it away in the replay.

“I feel for the boys there and they’ve just got to put it to the back of their minds and get back to league business.

“But Hibs will be feeling like they can go from strength to strength.

“I was quite surprised because I thought it would have been more evenly matched. That just happens sometimes in football.

“It would be good to get one over on them for the boys at Hearts, but we’ll have to see what happens.”

Reilly has endured a frustrating season at East End Park, with a groin injury that kept him sidelined for two months ensuring he faces a battle for a starting berth.

But the Dumfries-born marksman reckons Dunfermline proved as a team just how good they can be in their agonising Scottish Cup replay defeat on penalties against Hamilton Accies almost a fortnight ago.

He added: “We put a marker down for how good a team we actually are in the Hamilton games.

“It wasn’t just the replay, in both games we deserved to get through to the next round of the cup.

“Sometimes the luck’s against you and you just have to hold your hands up.

“But we can definitely take positives from the performances we put in there and it showed how good a team we’ve got at Dunfermline.

“Hibs will be flying from midweek. It was a full house then so I would imagine there’ll be a big crowd again.

“These are the games you want to play in, the bigger games at the bigger stadiums. It just lifts your performance and everyone’s looking forward to it.”