A SCOT has gone viral after posting his parents’ innuendo-laden chat in the wake of Storm Doris.

Kyle Hendry post an image of the saucy exchange in which his mum mentioned “three or four inches” deep and his dad replied: “What about the snow?”

The apprentice engineer, from Glenrothes, Fife, shared a screenshot of the cringeworthy chat on Twitter yesterday with the caption: “Probs best a remove maself fae this chat.”

His hilarious tweet has already been liked 11,000 times with a further 2,100 retweets.

His mum sent the first message into the group chat at 10.05 yesterday morning to ask: “Did you two get to work/college okay this morning?” 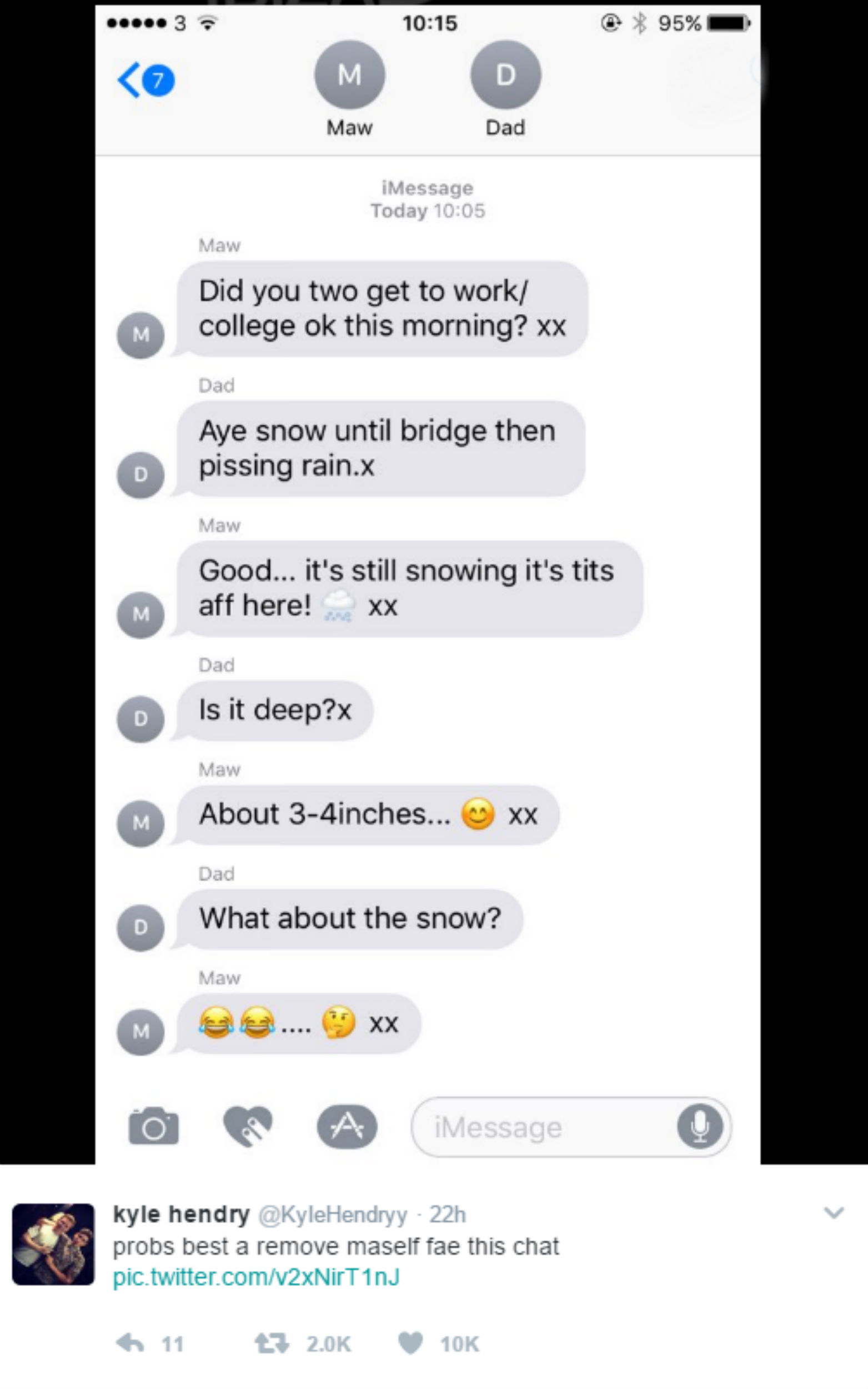 Before his mum answered: “About three to four inches…” with the smiley face emoticon at the end.

Her dad then joked: “What about the snow?”

Sophie tagged a friend who had been in a similar situation and wrote: “Nearly as bad.”