Alloa striker Greig Spence admits he is hoping to hit a personal best goals tally and inspire the Wasps to a victory that will breathe life into the League One title battle.

Jim Goodwin’s side host promotion rivals East Fife on Tuesday evening knowing a win will take them to within six points of leaders Livingston.

By netting his 19th for the campaign in the recent win at Queens Park, former Celtic trainee Spence equalled the amount of goals he notched for Cowdenbeath throughout the whole of last term. 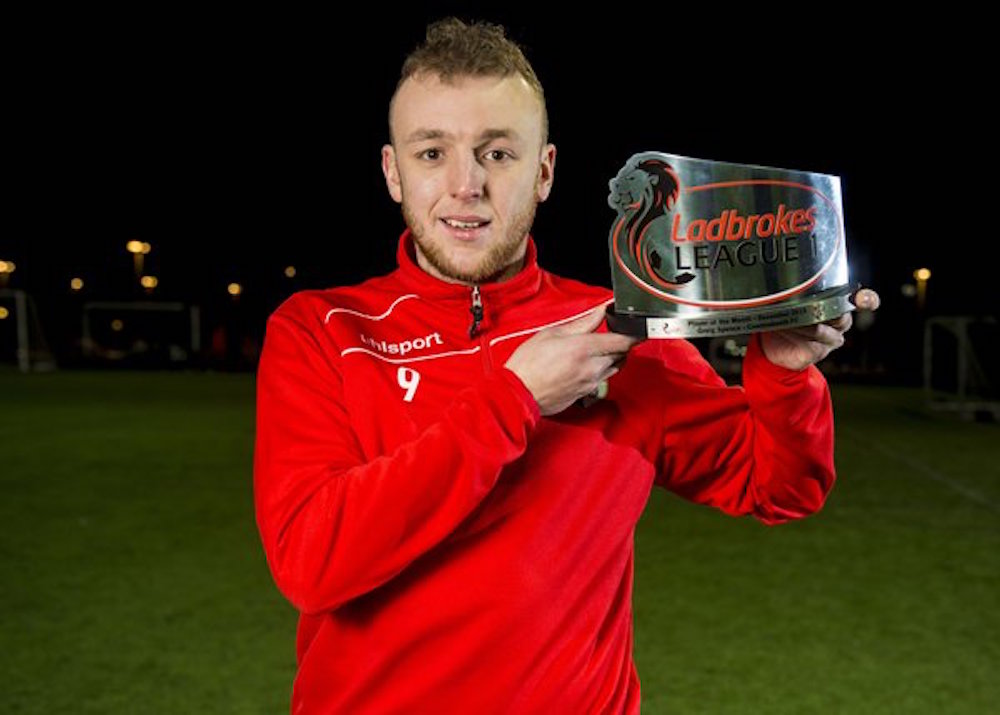 But the 24-year-old is desperate to reach 20 for the first time in his career, and move a step closer to reaching the century milestone.

He said: “I’m on 19 for the season. Last season was my best tally when I got 19 but that was throughout the season.

“I’m well on course to beat that but if I’m being honest I should be sitting with about 30-odds goals now with the chances I’ve missed.

“I think I’ve just got high standards of myself and I don’t like going two or three games without a goal.

“Sometimes I think I need to be a wee bit more clinical but that might be me just being a bit hard on myself.

“Hopefully I can get on to the twenty mark against East Fife; get to 20 goals and get three points, that would be a nice night.

“It will be tough this season to reach that but if I hit a bit of form I could reach it.

“It’s something I’m really dedicated to try and work towards.”

Second place Alloa are looking to claim a third successive victory that will pile the pressure on the Lions at the summit.

Spence added: “It’s massive for us, we’ve had two back-to-back wins and we’re looking for three in a row.

“That would pull us away from Airdrie and East Fife in the play-offs and put us a wee bit closer to Livingston, and that would put pressure on them if we moved to within six points.”