BALAMORY actress Julie Wilson Nimmo was greeted with a very rude version of the show’s theme song after she was recognised by a young boy in Glasgow.

Nimmo, who played a nursery teacher in the show for pre-school kids, was regaled with: “What’s the story in Balamory – f*** the polis.”

The Maryhill version of the ditty – which should be sung “Whats the story in Balamory, wouldn’t you like to know?” – was revealed by Nimmo’s husband, Still Game star Greg Hemphill. 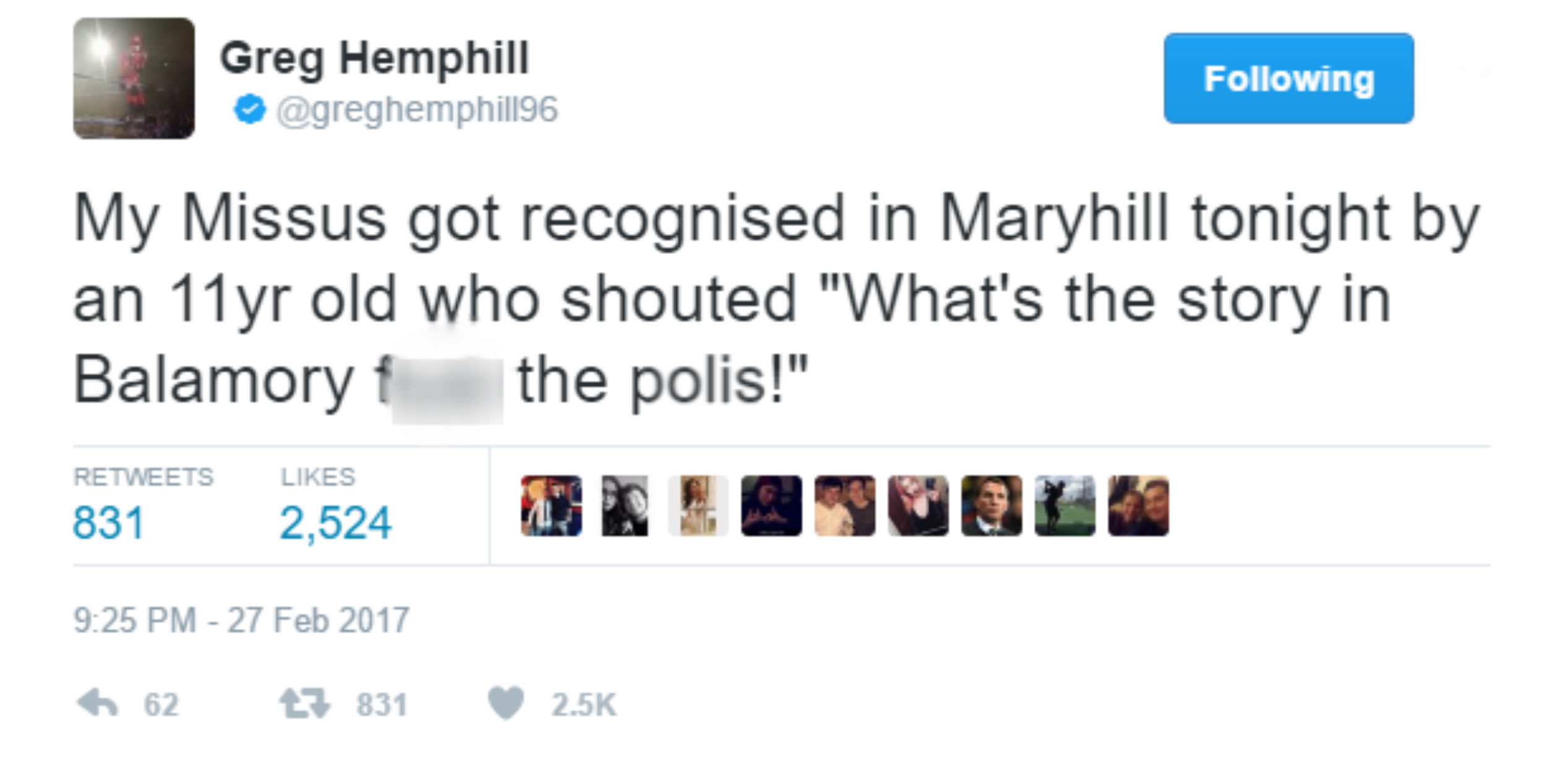 He tweeted: “My missus got recognised in Maryhill tonight by an 11yr old who shouted ‘What’s the story in Balamory f*** the polis!'”

Twitter users were delighted with the insult, and even suggested Balamory should change the lyrics to its theme tune.

Tony Forrest wrote: “So much more catchy than the actual song. Why don’t they change it?”

Whilst one said: “If I close my eyes I can almost hear Hamish Henderson or Michael Marra battering that out on a piano.”

Aimed at pre-school children, Balamory’s storyline centred on a fictional small island community based in Tobemory, on the Isle of Mull.

Many of the nursery scenes, featuring Miss Hoolie, played by Wilson Nimmo, were actually filmed in Glasgow.