Deadline News
Home News Scottish News Hilarious moment dog climbs ladder to chase cat
Facebook
Twitter
Pinterest
WhatsApp
A DOG has been filmed teaching itself to climb a ladder – in a desperate bid to catch a cat.
The amazing video shows Willie the Patterdale terrier scaling 10ft up the ladder in its pursuit of a barn cat.
After a shaky start, and a few mis-steps, Willie gets to the top of the ladder and prepares to resume the chase on top of straw bales.
The remarkable clip was filmed by Willie’s owner,  Gemma Gordon, who revealed that the dog has since fallen in love with climbing.
Gemma, from Dunvegan, Isle of Skye,  said the three-year-old’s new hobby means they cannot leave ladders propped against anything.
At the start of the clip Willie gingerly puts his paw on the first step and soon finds his rhythm.
Almost half way up he begins loose his balance but steadies himself, even taking  a moment to look around and down the ladder.
It takes the agile little terrier only seventeen seconds to clamber up the nine steps to the top of the ladder.
After reaching the summit, Willie can be seen searching and looking around for the cats. 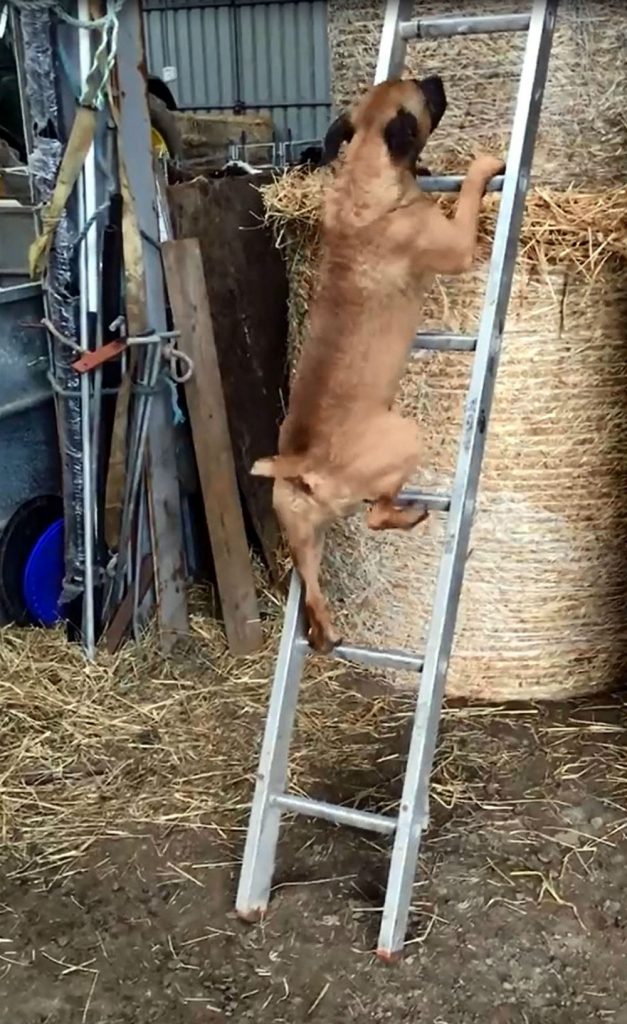 Speaking about her young dog, Gemma said he’s a “mischievous one” and now she can’t leave any ladders propped against the bales.
The 26  year-old  assistant manager said: “He’s just started doing it, we’ve never trained him or anything.
“We have a croft, hence all the bales of hay and straw and  we  have a couple of barn cats.
“He’s likes to chase the cats and they jump on top of the bales, so he just started trying to climb the ladder.” 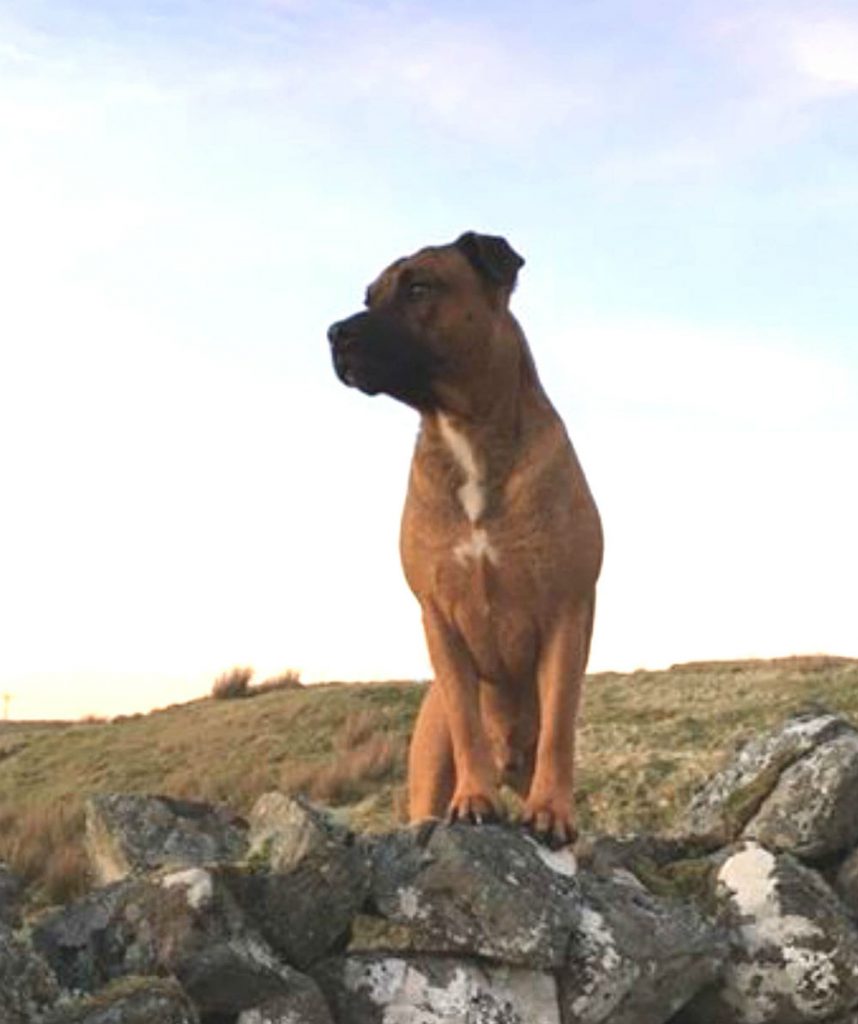 However the intelligent terrier hasn’t managed to firgure out a way to climb back down the ladder, according to Gemma.
She said: “We decided to film him because it was so funny. Once he gets to the top of the ladder he jumps on to the bales and runs along them.
“He hasn’t quite figured out how to come back down the ladder.”
Posting on social media Gemma shared the crafty canine saying “I own the cleverest hound in the land!”
Commenting on the video, friends were amazed by the little pooches antics.
Calum Kerr said: “What a hero!!”
Kirsty Duff wrote: “Are you sure he’s a dog?!”
Jess Hartwell  commented: “No way!! Impressive skills!”
Pete Winterbourne  replied: “That’s amazing Willie, clever boy.”