The 28-year-old, who has turned out for Motherwell, St Johnstone and Kilmarnock, has spent the last four years plying his trade in Cyprus with APOEL and, more recently, Omonia Nicosia. 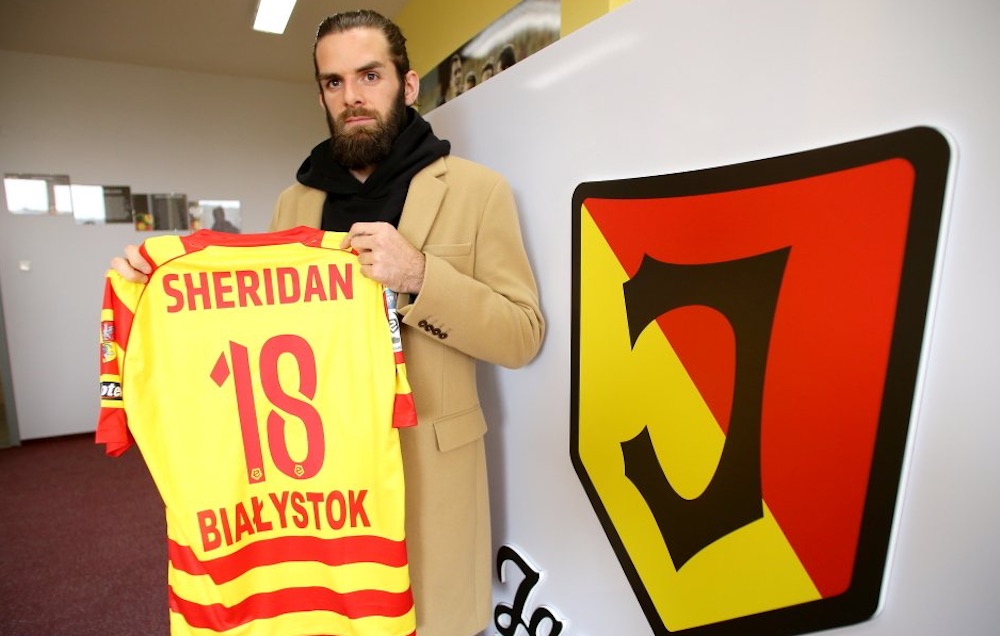 And his journey has now seen him become the first Ireland international to ever play in Poland, where he has joined former Hamilton and Partick Thistle defender Ziggy Gordon at title-hopefuls Jagiellonia.

The deal is likely to spell the end of Jagiellonia’s interest in former Hibs and Celtic forward Anthony Stokes, who was on the club’s radar prior to snapping up Sheridan.