A 14-year-old schoolboy has died just weeks after he made Youtube videos complaining about a culture of bullying at his school and revealing he was gay.
Liam McAlpine, a pupil at Glenrothes High School, Fife, was found dead at a home on Sunday afternoon.
It is not clear how Liam died but police are looking at the possibility it is linked to prescriptions drugs in circulation at a number of schools in the area.
There is widespread online speculation that Liam may have taken his own life as a result of bullying. In a separate video, also recorded last month, he came out as gay and anticipated ridicule from some classmates.
Fife Council have refused to comment on any aspect of Liam’s death. Police Scotland today (TUE) confirmed his  death was being treated as “unexplained”.
Heartfelt tributes have been left over social media following news of the teenagers death.
Liam’s sister, Chelsea, posted a photograph of the pair together writing: “R.I.P Liam. You were the best and only brother I had I love and miss you so much wish you were still here you meant the world to me.
“I am so heartbroken without you Liam, dunno what to do anymore.
“I just wanna be up there with you why did you have to go so soon? You were only 14 years old you had your whole life ahead of you.
“I just remember sitting there for hours with you in your room and we would talk about random stuff you were always so happy and I remember you use to sing to me in Japanese.
“There’s so many things I didn’t get to tell you I use to be able to talk to you about anything and have a laugh with you. Breaks my heart knowing you’re gone.”
His mother, Tracy Anna McAlpine, commented on the post writing: “My baby boy” before later sharing the link to a Just Giving page set up for Liam, adding: “Liam would have been so proud of you guy.”
Wellwisher, Ruth Anderson wrote: “I don’t know what torments your brother was going through, nor can I begin to imagine your sense of loss and devastation.
“However, having listened to your brother’s message on You Tube I can see he was a brave and passionate young man.”
She added: “Whatever pushed him over the edge, as parents we need to ensure that no young person is in this position again.
“I know that this has touched the lives of many people in Glenrothes High School and beyond and brought the plight of young people in a similar situation to our attention.
“This might bring little comfort to you and your family just now but I am positive that your brother will have had an enormous effect for good on the lives of many.”
Last month, Liam uploaded a video to YouTube entitled: “Bullying”.
In it, he talks about his own experience of dealing with bullies and urges others to talk to those around them to help them through difficult situations.
In his passionate speech he urges them to speak to teachers, friends and family or police officers about their issues.
He says: “You don’t go to school to get bullied everyday. You go to learn. School is meant to be a safe place but getting bullied everyday and picked on, is that really safe?”
He also says Glenrothes High School need to “get their act together and get this bullying sorted,” and blasts their no bullying policy as “b******t.” 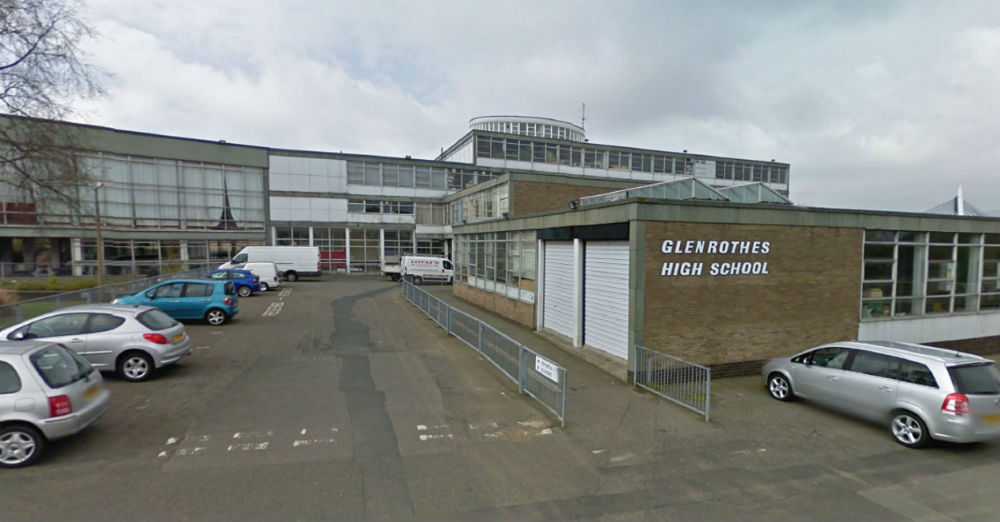 He continues: “You do nothing about the f*****g bullying in the school. If it’s reported, it’s ‘oh we’ll talk to them but they’ll do it again and you won’t f*****g do s**t. You’re f*****g a*******s you know that.”
In a separate upload also last month, titled: “Coming out,” Liam revealed he was gay and predicted a backlash from his fellow pupils.
In the clip he says: “For three years I have been gay. Go ahead and judge me, I don’t care.
“I know folk at school will just say ‘oh haha, you’re gay. I don’t care, go ahead judge me.
“My true friends will stick by me, fake friends will just f**k off and leave me behind.
“Go ahead, I don’t care if you judge me, it’s who I am and i’m proud to be gay.”
On Monday, the day after Liam died, schools across Fife sent out a warning to parents revealing that three different types of prescription drugs were being shared among pupils in the area.
One of the drugs being circulated has been revealed as Citalopram which is known to treat “major” depression and according to the NHS has side effects including self harm and suicidal thoughts.
While parents are also said to be concerned over news that Bedranol – a beta blocker that regulates and can speed up heart rates – has also been circulated among teenagers.
Another is Fexofenadine – a antihistamine pharmaceutical drug used in the treatment of allergy symptoms, such as hay fever, nasal congestion. 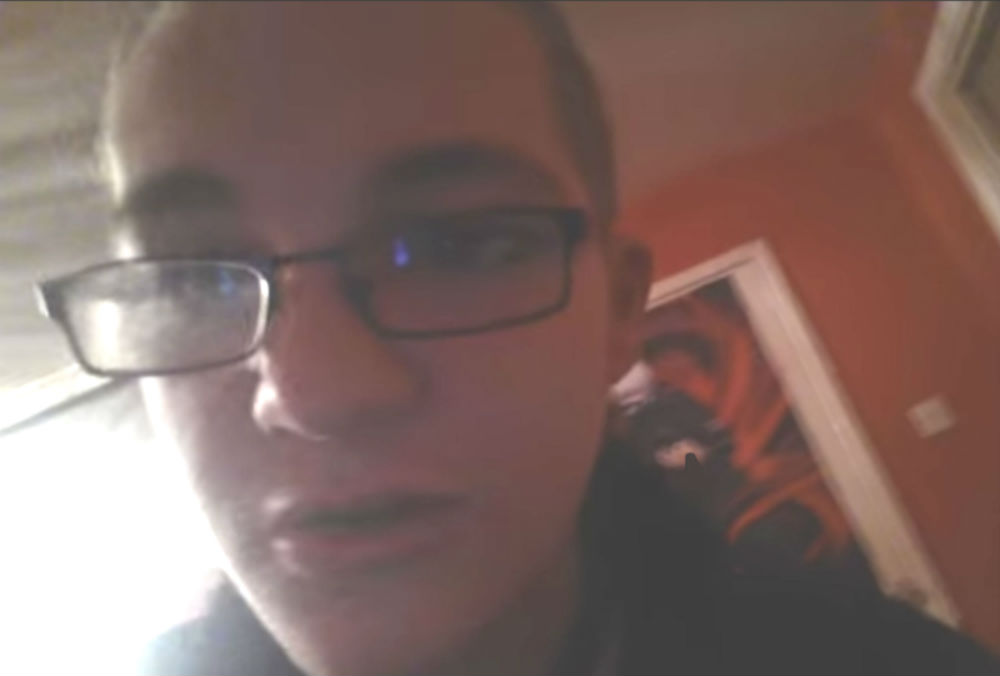 Parents have been openly speculating on social media whether the drugs are related to Liam’s death.
Vicki Harley wrote: “The death was a suicide because of bullying not related to this I don’t think.”
But Vivienne Campbell claimed a death related to the drugs had been confirmed. Asked if the death was in relation to “tablets kids were taking yesterday”, Vivienne replied: “Yes, think that’s why we all got a warning text.”
A Police Scotland spokesperson said:  “Police in Fife are investigating following the death of a 14-year-old boy at an address in Elgin Drive, Glenrothes.
“The incident was reported to police around 3.40pm on Sunday, March 5.
“The death is currently being treated as unexplained and enquiries are ongoing.
“A report has been sent to the Procurator Fiscal.”
A friend of the family today (TUE) revealed it was Liam’s dad, William, who discovered his son dead in his bedroom on Sunday.
Writing on Facebook, Andrew Pieri (corr), said: “He was found dead in his bedroom by his dad.
“He was the son of my best friend and my heart goes out them.  His dad is taking it hard, so am I. He started school with my son, Alex, 10 years ago they were friends and grew up together. We watched them grow to be young men.
“No parent should have to bury their children first.”
A full day walk of the 15 miles from Glenrothes High School to the Lomond Hills Regional Park has since been arranged in memory of the youngster.
Local youth football club Glenrothes Strollers posted on Facebook: “Hi guys, just to let you know that as a mark of respect there will be a minute silence held at our game against Pittenweem this weekend for Liam McAlpine who has sadly passed away.
“Our thoughts are with Liam’s family at this sad time.”
His mother, Tracey praised friends on a dedicated Just Giving page, set up to give the Fife schoolboy the “best goodbye he deserves”, writing: “It’s a comfort to know how loved my little man was, not only by his family, but so many friends too.
“Liam would be so proud of you all.”
The page is aiming to raise £6,000 and has already reached almost £500.
Liam’s family said in a statement that they are “devastated by the loss of our beloved son, grandson, nephew and brother”.
They added: “We wish to be left in private to mourn.”
Detective Inspector June Peebles said: “Liam’s death is a tragedy and our thoughts are with his family, friends and classmates at this very difficult time.
“We are continuing our enquiries into Liam’s death.  We would ask anyone with information to contact Police Scotland on 101.”
Share
Facebook
Twitter
Pinterest
WhatsApp
Linkedin
Previous articleHas Warburton been spotted working as a train conductor?
Next articleStunning images show couple getting married on Britain’s highest peak