Scotland internationalist Oliver Burke insists playing for a team who are regarded as Germany’s most-hated club can be intimidating.

The Bundesliga title contenders are generally disliked throughout the country due to being owned by energy drink company Red Bull.

And Burke, who moved to Leipzig last summer from Nottingham Forest in a £13 million transfer, admits the protests from Borussia Dortmund fans in a clash at the Westfalenstadion last month were fearsome. 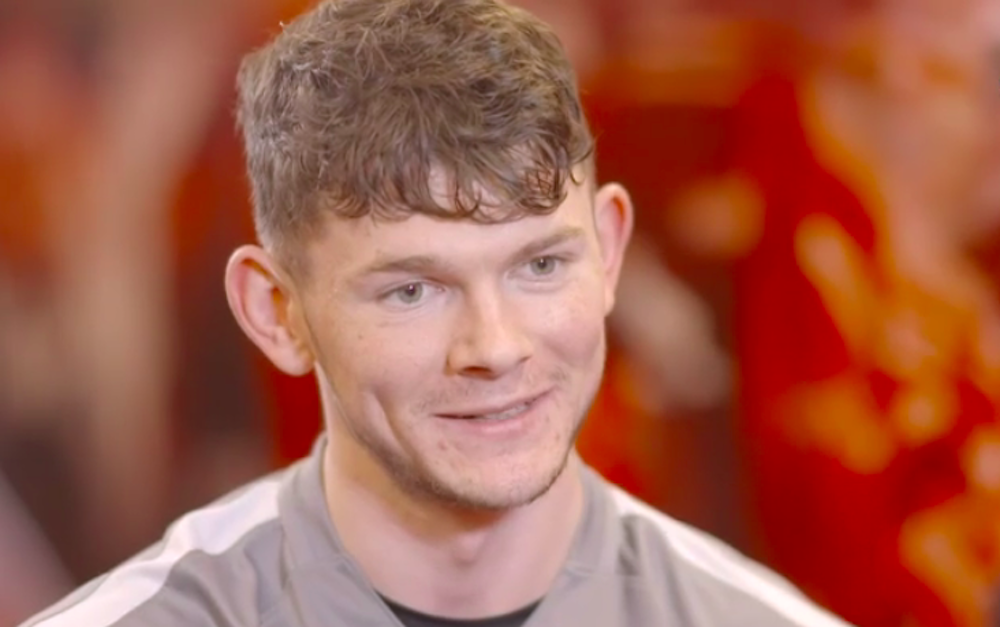 The home fans displayed hate banners, while stones and bottles were also thrown on to the pitch.

Burke made a substitute in the 1-0 defeat and admits he was taken aback by the reaction from the fans.

Speaking to the BBC, he said: “When I was walking away into the dugout and if you have a glance up and look at a fan that’s going to a bit crazy, then it makes you feel a little bit intimidated.

“But it’s part of football and that’s how it is.

“We genuinely don’t think about those things. It’s not something we talk about and I don’t know a lot about it.”

Fifteen of Burke’s 17 appearances for Leipzig have been as a substitutes and even though his employers are not popular in Germany, Burke insists he is loving his time in the Bundesliga.

He said: “As soon as I stepped through the door I knew I could only get better here, the set-up is the best I’ve seen.

“After the first game when I set up the goal against Dortmund I kind of had to pinch myself after the game, ‘did I just do that? Did that just happen?’

“I’ve always had dreams of becoming a top player and being the best I can be.”

Burke, who has four Scotland caps, admits he got confused with Austrian team RB Salzburg, who are also owned by Red Bull, when he first heard of interest from Leipzig.

He added: “I played against Leeds United at the City Ground for Forest and I remember speaking to my agent before the game about having so many clubs to choose from.

“He told me about RB Leipzig and I thought, ‘wow, an international club’. I was keen.

“I Googled them but there were two teams, that was an RB Salzburg and Leipzig and I was looking at Salzburg for a while – they’re so similar.”