Former St Mirren manager Danny Lennon insists the club’s current predicament at the Championship basement can be traced back to the appointment of ‘old school’ Tommy Craig as boss.

And Lennon has claimed Craig went behind his back because his number two felt threatened by the emergence of current Hearts assistant manager Austin MacPhee behind the scenes.

Craig replaced Lennon, who led the Buddies to League Cup glory in 2013, in the dugout in summer 2014 but the 66 year-old lasted just seven months in a season that saw the Paisley outfit relegated from the top-flight. 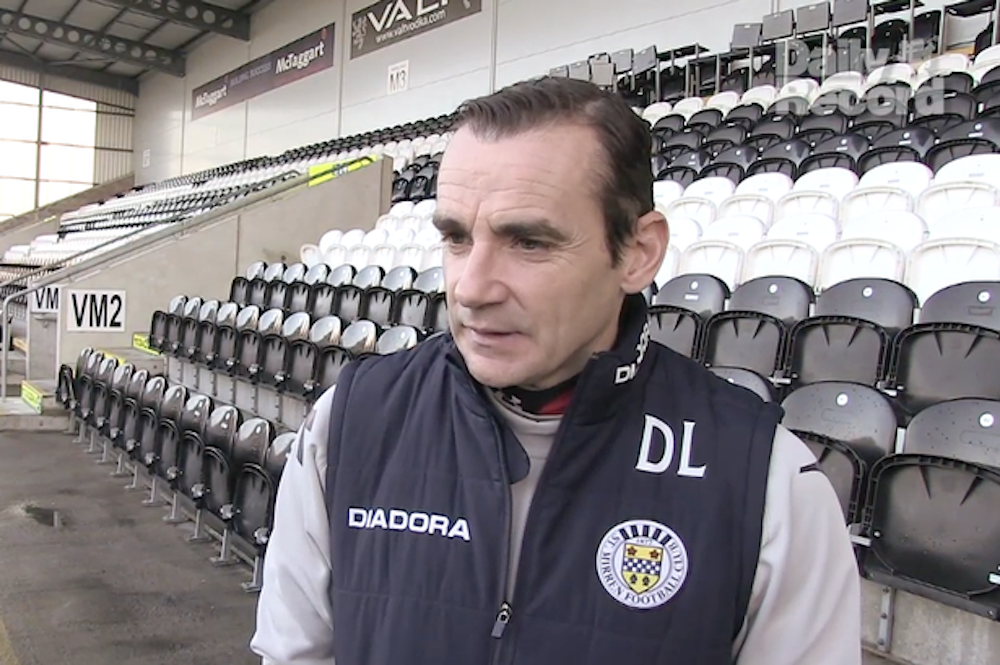 St Mirren are now five points adrift at the bottom of the second tier and Lennon insists his working relationship with Craig started to break down when the former Newcastle United and Hibs coach expressed his concerns to the board about the role of MacPhee.

He said: “I brought Austin MacPhee, who is now assistant manager at Hearts, on to the coaching staff and I had worked with Austin in the past during my time at Cowdenbeath.

“He’s a great match analyst and an outstanding coach. I gave him opportunities to coach in the first team, working one to one with some players to help turn their weaknesses into strengths and also to coach set plays for and against.

“Austin is a real asset in terms of a new style of coach and time has certainly proven with his input to the near miracle of what Northern Ireland achieved at the Euros.

“My assistant manager at the time felt threatened by those opportunities that I was giving Austin.

“Austin was a bold addition to the coaching staff, he didn’t have a playing pedigree but the really players took to him, maybe because they were a similar age.

“However, my assistant at the time was very old school and his resistance to anything new was starting to cause problems.

“A lot of the players came to me in confidence and complained to me about how they felt how out of touch they felt the assistant manager was.

“Had I been given a new contract, I had firm plans certainly to give Austin more responsibility and my assistant didn’t like that.

“In fact, I know that the assistant started talking to the board, who were easily seduced by his stories and tales with the characters he had come across in his excellent career. Some members of the board lapped that up, they were certainly from the same era.

“Those members of the board questioned the input of the modern style of coach that I had appointed and were adamant that they didn’t want to progress Austin’s role in the club further.”

St Mirren finished eighth in the top-flight in the season that Lennon was shown the door and the former Hibs and Raith Rovers midfielder is adamant that appointing Craig as his successor is a major factor in why the club are now in grave danger of being relegated to League One.

He added: “Football is constantly changing and I wanted to be at the forefront of those changes and I believe my track record in my four years at St Mirren proved that.

“The board decided, in my opinion, to go backwards and replace me with an old school style of coach and the old school approach does not work with the modern player now.

“They replaced me with a manager that had little experience or success as being a manager, they appointed a man with a good coaching CV but there is a world of a difference between being a good coach being a good manager. Time has proven that.

“For me their appointment lacked ambition and time has proven that to be a poor decision and one that has taken the club backwards.

“It’s incredible to think St Mirren have fallen 14 places below where I left them less than three years earlier.

“Would the Saints fans and the board view eighth place in the Premiership as healthy now? They would bite your hand off for it.

“A question in the back of my mind is if we had finished seventh, would I have got that extra year? That would have been there highest ever finish.”